Get the app Get the app
Get the latest news on coronavirus impacts on general aviation, including what AOPA is doing to protect GA, event cancellations, advice for pilots to protect themselves, and more. Read More
Already a member? Please login below for an enhanced experience. Not a member? Join today
News & Videos colleges flights food discounts highlight young aviators fly in 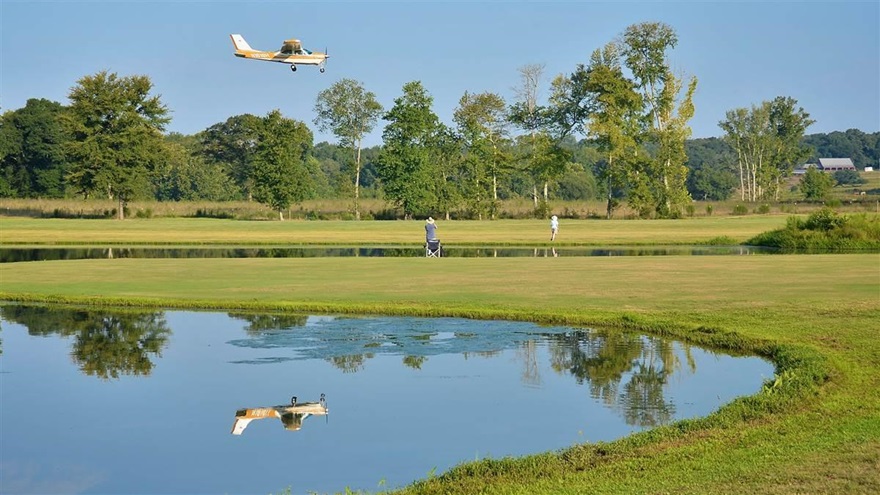 The pristine grounds of Triple Tree Aerodrome not only offers a unique flying experience, but is also an idyllic setting for ground activities. Photo by Christopher Eads.

Because the event is aimed at involving more youth in aviation, it will be run by young people sharing an emphasis on exploring their aviation opportunities. Organizers stressed that 'seasoned' pilots were also encouraged to attend.

She eagerly announced a new RC component to the fly-in. “The AMA will be hosting a nighttime RC airshow on Saturday night, and we are really excited about this addition,” McLeod said. The airfield annually hosts Joe Nall week, an RC aviation event that draws thousands of remote control hobbyists. “Young Eagle rides will take place Friday morning starting at 11 a.m.” added McLeod, noting that pilots should “be aware of and make sure you read the notam” for arrival and departure procedures posted on the aerodrome’s website.

Co-organizer Ryan Hunt is a commercial pilot and McLeod’s significant other. McLeod, who learned to fly in Georgia under the mentorship of aviation entrepreneur and Candler Field Museum Youth Aviation Program founder Ron Alexander, is a private pilot and a student at the University of West Georgia, majoring in communications. Between the McLeod and Hunt, they have set the foundation for an attractive weekend on the plush grounds that includes free camping, the use of wood-paneled restrooms with showers, and camaraderie. 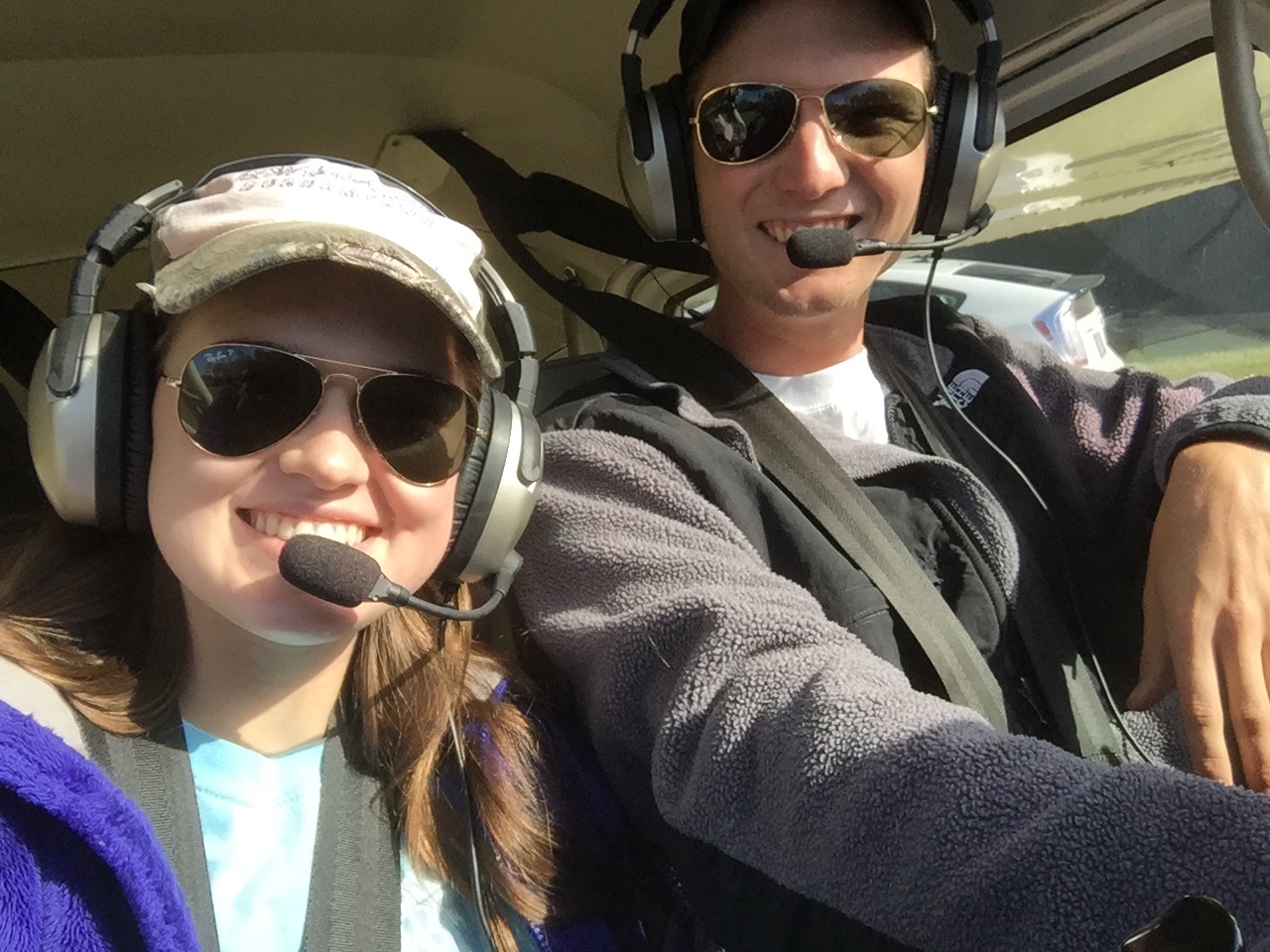 The two young aviators visited the airfield on their own and were then invited back by Triple Tree owner Pat Hartness to come up for a private tour “and we loved it,” McLeod earlier told AOPA. “They spoke to us about finding a way to get more youth involved at Triple Tree and we determined that a youth fly-in would be a great idea.” She and Hunt, who is a third-generation pilot, visited the idyllic airfield several more times to solidify the new fly-in.

She referred to the event as a “young people’s Oshkosh” and noted that the gathering will be run by youth. The purpose of the fly-in is to highlight opportunities in aviation and to attract more youth. “We’ll have kids in charge of different aspects of the weekend’s events to show people that ‘Yes, we’re young, but we can still do this,’” McLeod previously told AOPA.

Endeavor Airlines, ExpressJet, and the U.S. Air Force will have career booths on the putting-green-perfect, 7,000-foot-long grass strip’s grounds. Aviation vendors will include Textron Aviation, CubCrafters, local flight schools, AOPA, the Experimental Aircraft Association, the Warbirds of America, the Vintage Aircraft Association, and the Academy of Model Aeronautics. 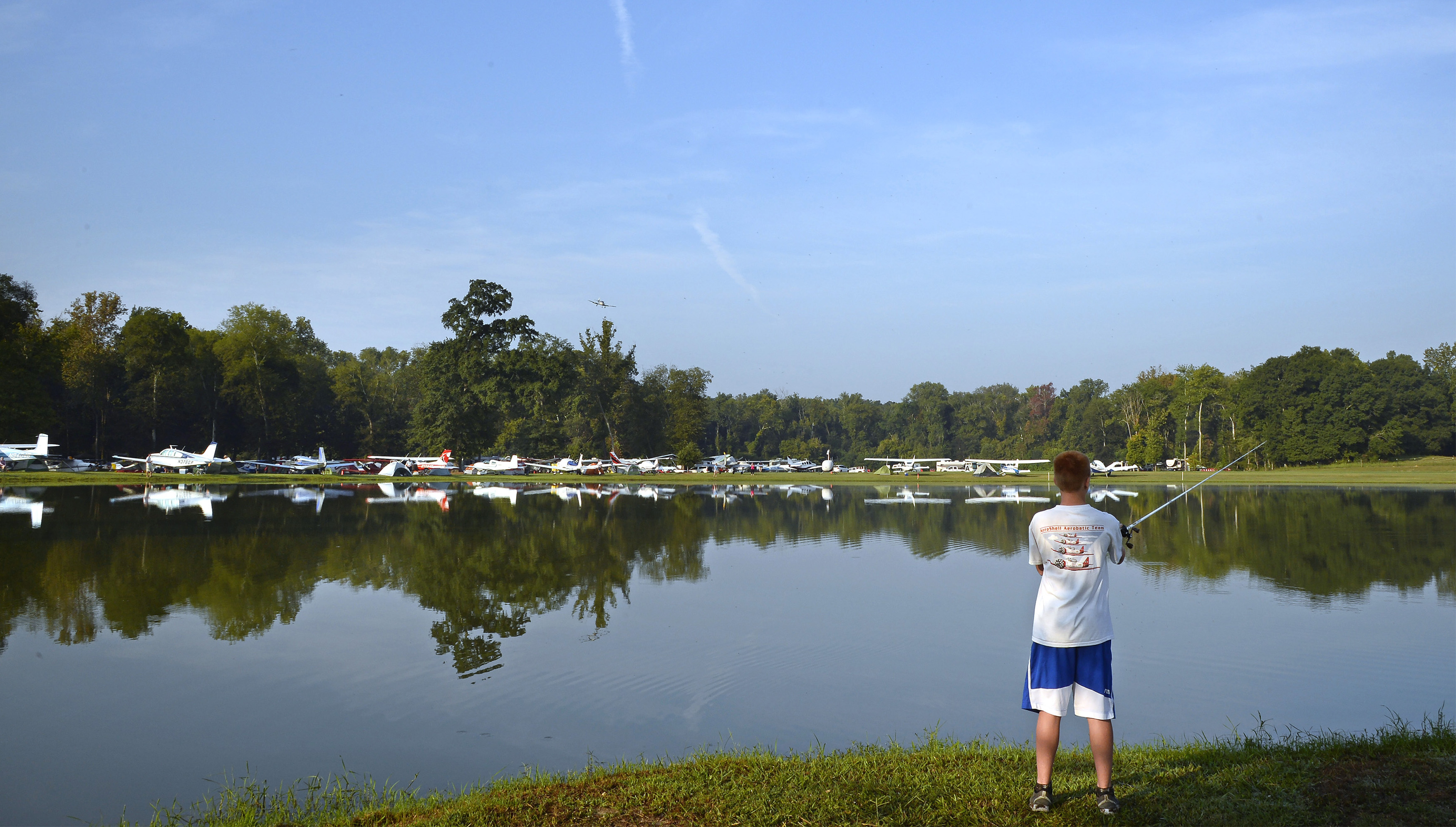 Attendees can call the local Enterprise Rent-A-Car location for discounts and arrangements to pick up automobiles at the airfield. In addition, the nearby Hilton Garden Inn will honor a discounted rate for those who choose not to camp at the airfield, McLeod said. Aviation enthusiasts still have time to register for the event.

“Friday’s dinner, Saturday’s breakfast, and Saturday’s dinner are free, thanks to our sponsors,” McLeod added, “however a small donation would be appreciated.” Lunches will be provided by food truck vendors. “We’re trying to keep costs down because it’s for youth and these kids won’t be coming in with a boatload of money,” McLeod earlier told AOPA.

“Aviation is an industry like no other,” McLeod continued, “and we are thrilled to be able to share our passion for flight with other young people. Who knows, maybe we will have the next Bob Hoover attend the event and he or she will get infected by the aviation bug! That is one of the goals, at least."

AOPA will sponsor a dinner at the event June 8, and association staff will be on hand with an aircraft and a display. Organizers reported more than 150 had already registered by May 10, which bodes well.

AOPA also has several programs in place to ensure a robust future for aviators. The goal of AOPA’s You Can Fly High School Initiative is to help build and sustain aviation-based science, technology, engineering, and math programs and provide a quality workforce to the aviation industry. AOPA also supports flying clubs, Rusty Pilots seminars, and other pilot-support mechanisms that make flying safe, fun, and affordable. 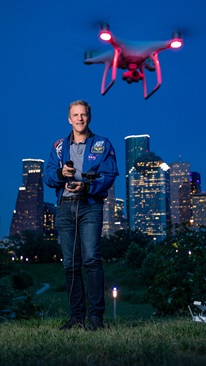