Get the app Get the app
Already a member? Please login below for an enhanced experience. Not a member? Join today
News & Media Maryland sheriff embraces drones

The first time Cecil County Sheriff’s Office detectives flew their new drone in a live mission, they located nearly $500,000 in stolen construction equipment and captured images that led to a search warrant, property recovery, and arrest. That is just one of a growing list of ways that drones have helped the Maryland department protect and serve. 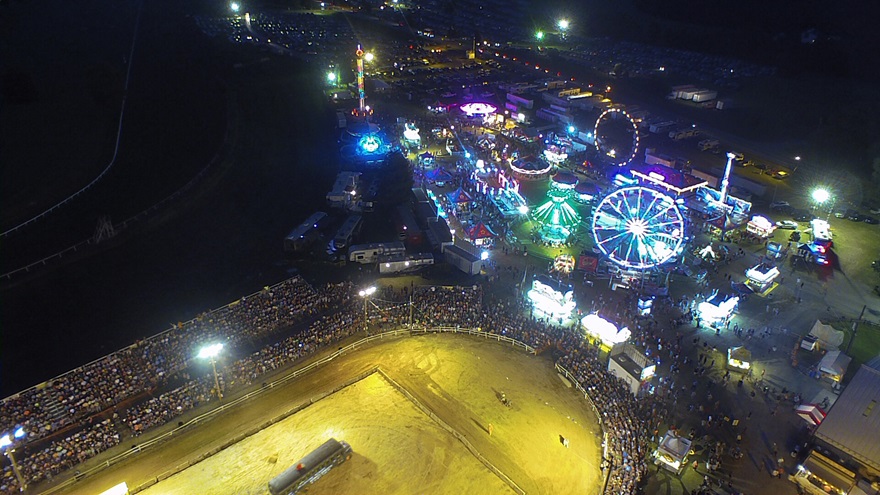 The sheriff in Cecil County, Maryland, has found drones are an effective tool to conduct aerial security patrols at the county fair, day or night, among other missions. Photo courtesy of Cecil County Sheriff.

The case of the stolen construction equipment dates to March 2017, just two weeks after FAA certificated remote pilot and CCSO Training Coordinator Rodney Manuel completed training to bring the drone program online. It was, to the best of the department’s knowledge, the first time a law enforcement agency used a drone to obtain evidence and establish probable cause to secure a search warrant.

Manuel built the department’s unmanned aviation program and said the drone did a job that a manned helicopter could not: flying from just outside the property line, the drone’s camera was able to capture images of the stolen equipment tucked behind a barn and also concealed by trees. Approaching with a manned helicopter would have been far less stealthy, and could well have alerted the suspect in time to cover up the goods. 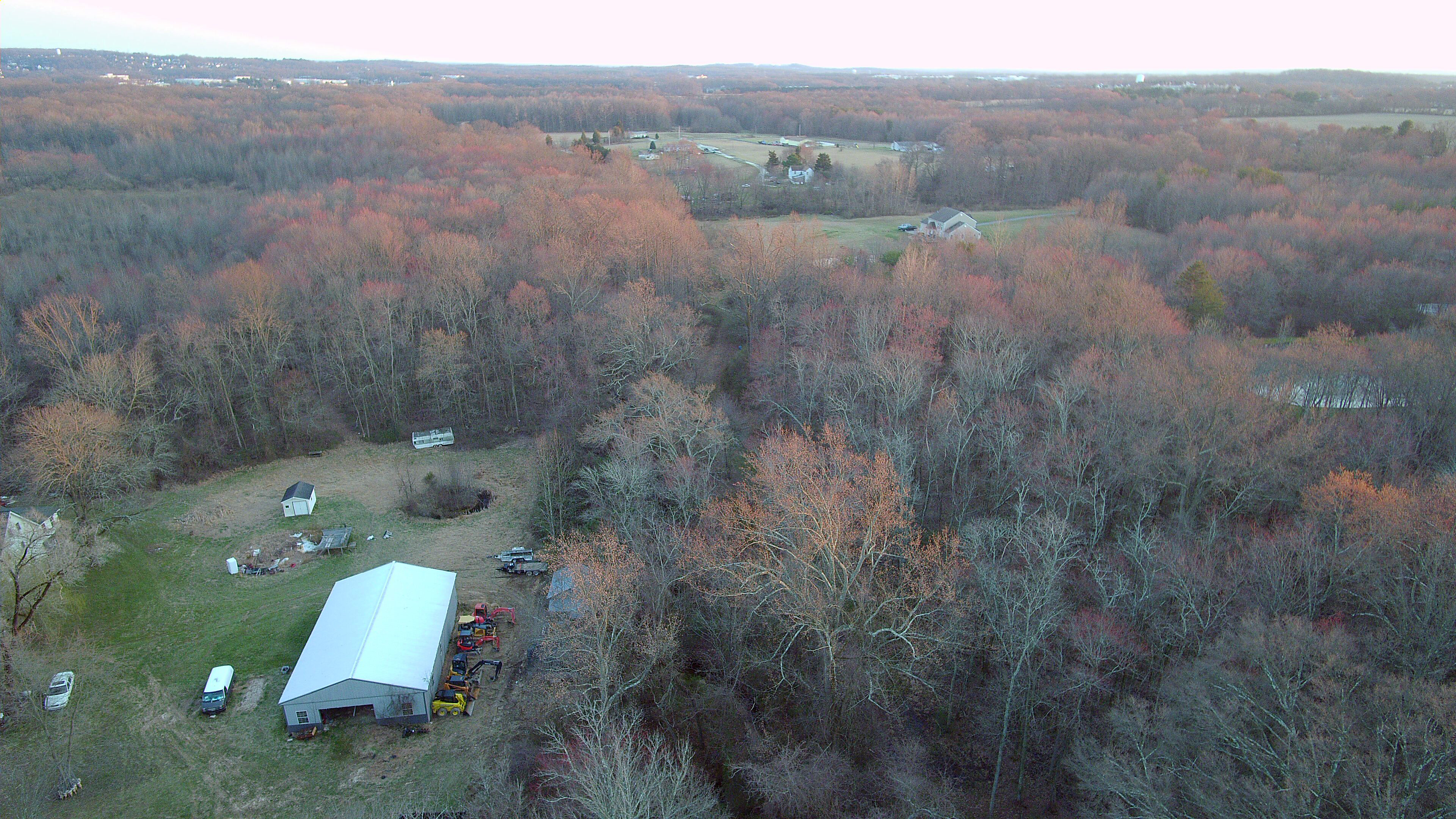 “A helicopter would have tipped him off,” Manuel said in a telephone interview.

More recently (in early May), the department’s growing fleet of drones (currently, five aircraft including Yuneec Typhoons and DJI Mavics) and pilots (eight) located a stabbing suspect who had fled into the woods. Manuel said police were able to use the suspect’s cell phone signals to trace him to a remote, wooded location, but could not establish his whereabouts with precision, and certainly could not provide information about whether the suspect was armed, or endangering himself or others.

“We put up a (Yuneec Typhoon) 520 and we put up a (DJI) Mavic, and within about 10 minutes we found him,” Manuel said. The Mavic was able to descend through a gap in the trees and get close enough to observe the suspect inside a vehicle. “There weren’t any signs indicative (that) he had shot himself, that he had a gun.”

In that case, police were also able to observe family members of the subject approaching, maintain tactical awareness, and direct officers on the ground to a successful arrest. The list of these kinds of success stories is growing, and Manuel’s phone is ringing—a lot.

“We get a lot of police departments, now, calling us, wanting some advice,” Manuel said. “Probably once or twice a week I get a phone call from somebody.”

Manuel never flew a manned aircraft before trying a drone, though he did have experience with radio-controlled models as a hobbyist. To help prepare for the FAA Part 107 remote pilot test, he turned to a former U.S. Navy pilot and engineer for tutelage: Tony Pucciarella, director of operations at the University of Maryland’s UAS Test Site and founder of AlarisPro, a drone data services firm. 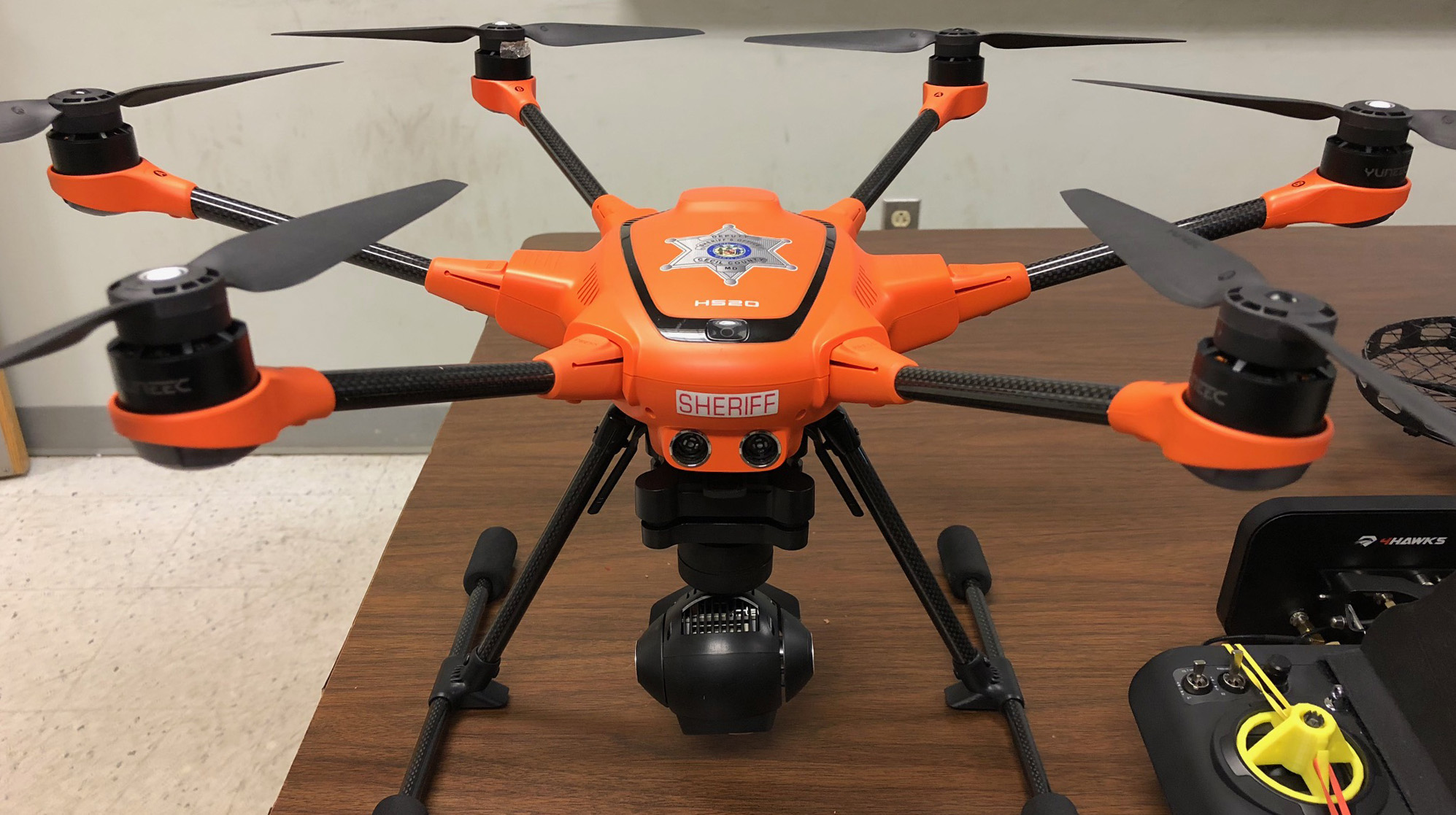 Manuel said learning about airspace and manned aviation operations was “very enlightening,” and remote pilot certification for the deputies who handle the drones helped provide assurances to local leaders and the command staff that the unmanned aircraft would be handled responsibly. Winning support for the program, including public support, involved a cards-on-the-table approach, including establishment and publication of data retention and privacy policies, and clear communication with the community through local media and social media about how the drones will and will not be used.

Sheriff Scott A. Adams “was very proactive,” Manuel said, noting there were meetings with media and the public to explain the program before it launched in early 2017, and the message was consistent.

"We weren’t going to be using them for some kind of spying,” Manuel said. (The aerial search for the construction equipment was triggered by an informant’s tip, not a random flight.) Police drones are flown within a clear set of guidelines, and “if a pilot was to abuse the power, he would be disciplined. It’s no different than any other tool the police are given.”

In addition to training, the sheriff’s drone fleet has logged more than 30 missions to date, many of these to assist other law enforcement agencies, including the Federal Bureau of Investigation; state police in New Jersey, Delaware, and Pennsylvania; and Maryland natural resource officers who enforce fish and game regulations. The sheriff’s drones also have kept watch on the county fair, patrolling the parking lot to keep things secure while visitors enjoy the rides and other attractions.

Manuel said the drones have supported SWAT operations, crash investigations, active shooter drills at schools, and search-and-rescue operations, including a successful effort to locate an elderly dementia patient that was performed in conjunction with the Maryland State Police helicopter. 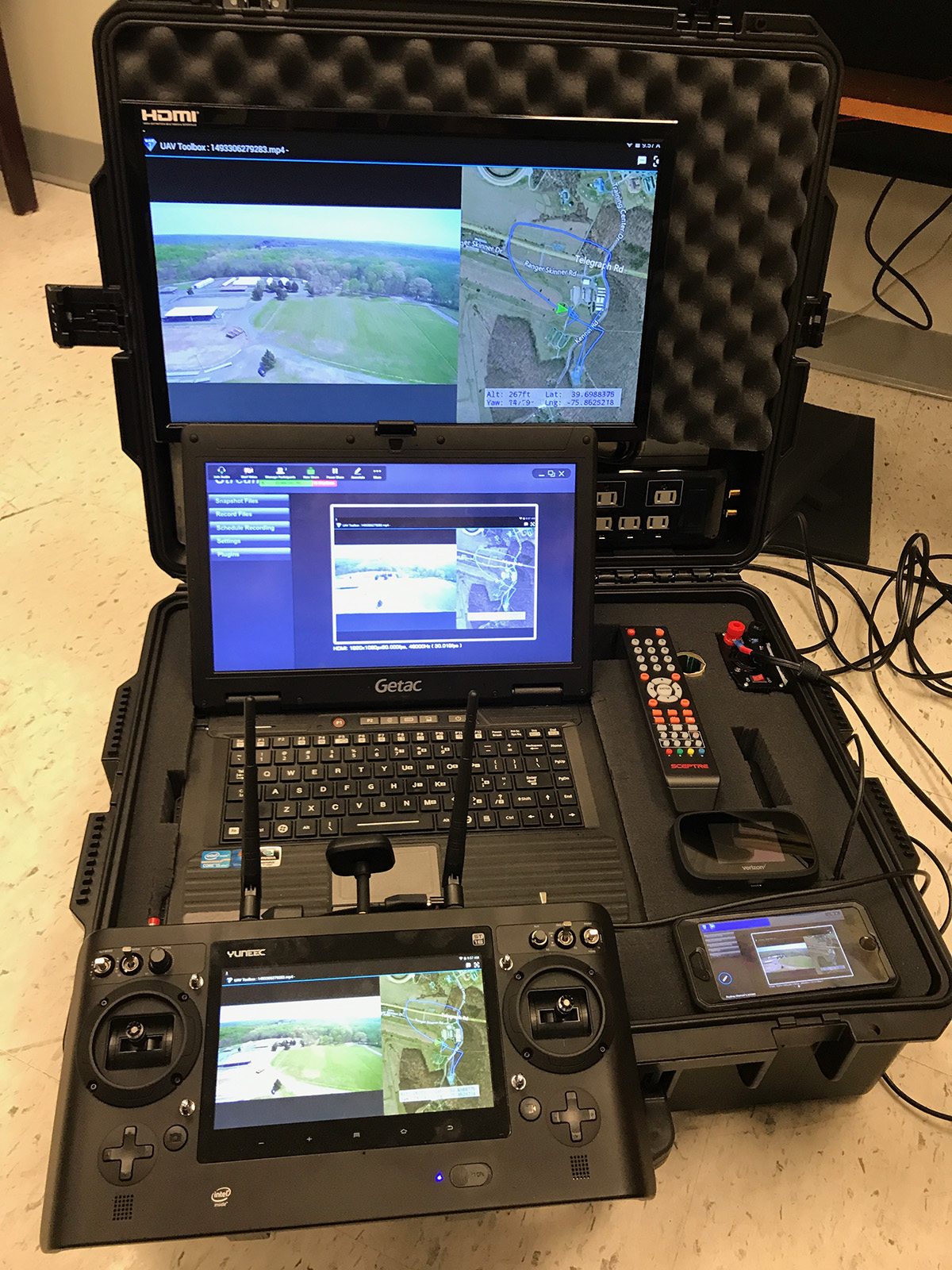 Manuel said the department opted to fly under Part 107 rather than a certificate of authorization, which requires holders to establish a training program and offers little in the way of additional flexibility for this department's particular situation. The department has a waiver for night operations, and another to fly over the nearby Aberdeen Proving Grounds. The program (including drone acquisition) was funded by a combination of proceeds from drug seizures and the sheriff’s training budget.

Manuel said that other law enforcement agencies can realize similar benefits—a stealthy and effective tool to gather images (thermal as well as visual) from the air, and he has been encouraged by the command staff to help other agencies who wish to emulate the program's success. He has plenty of advice to offer, some of which he detailed in a follow-up email.

“There needs to be consideration to the number of pilots, where the drones will be stored, where will batteries be stored, who will maintain batteries, who will maintain the firmware, what will be the data retention policy, what is the flight training in-service policy, who will conduct the logging of pilot flight hours, who will conduct the logging of aircraft flight time for maintenance reasons, a (standard operating procedure) for the program will be needed, a flight manual will be needed, who will apply for the night waiver or any airspace waivers,  and who will conduct your initial flight training to meet insurance requirements.”

Manuel said he will be happy to expand on that. Public safety professionals can reach him at 410-392-2152. 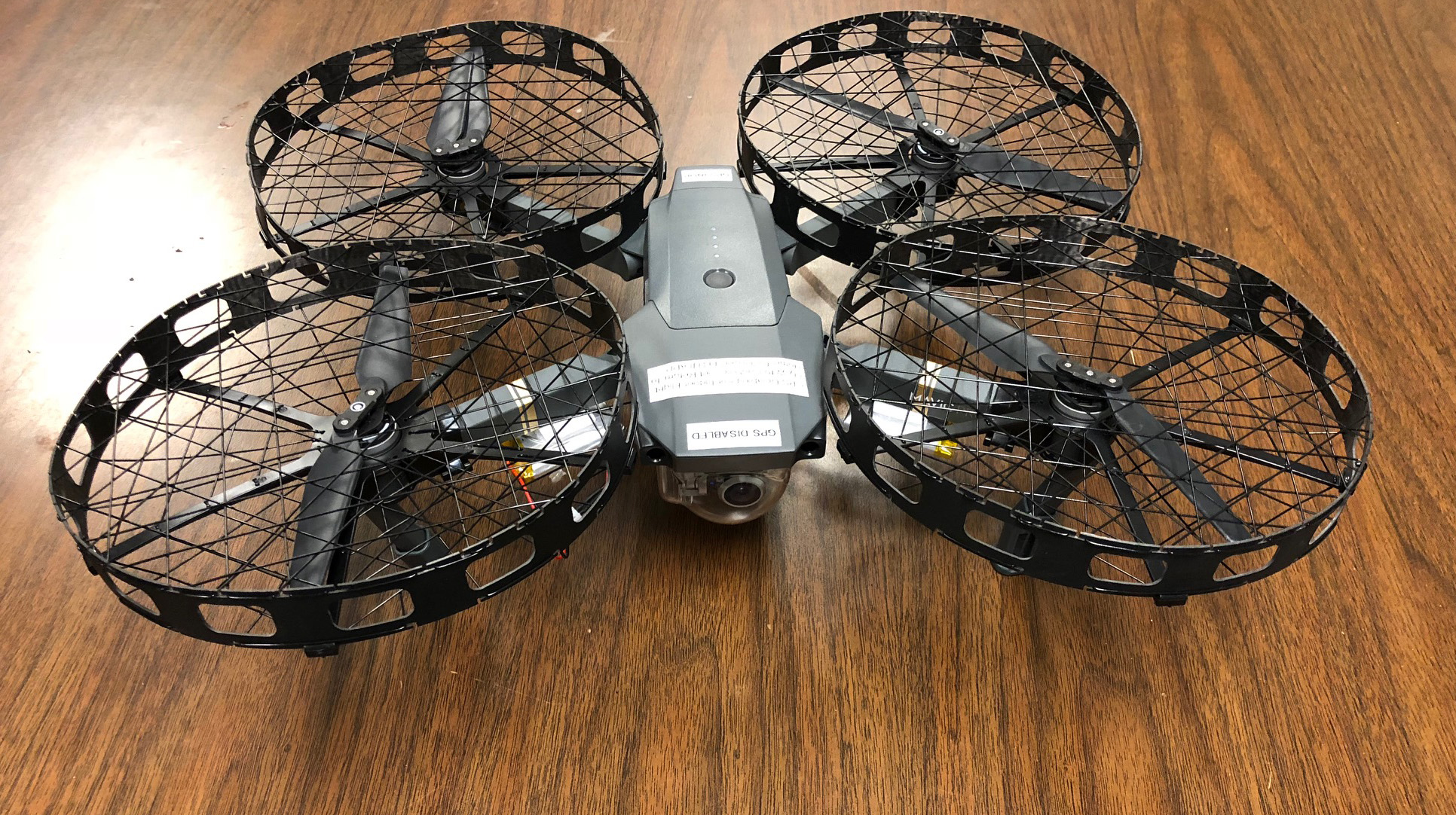