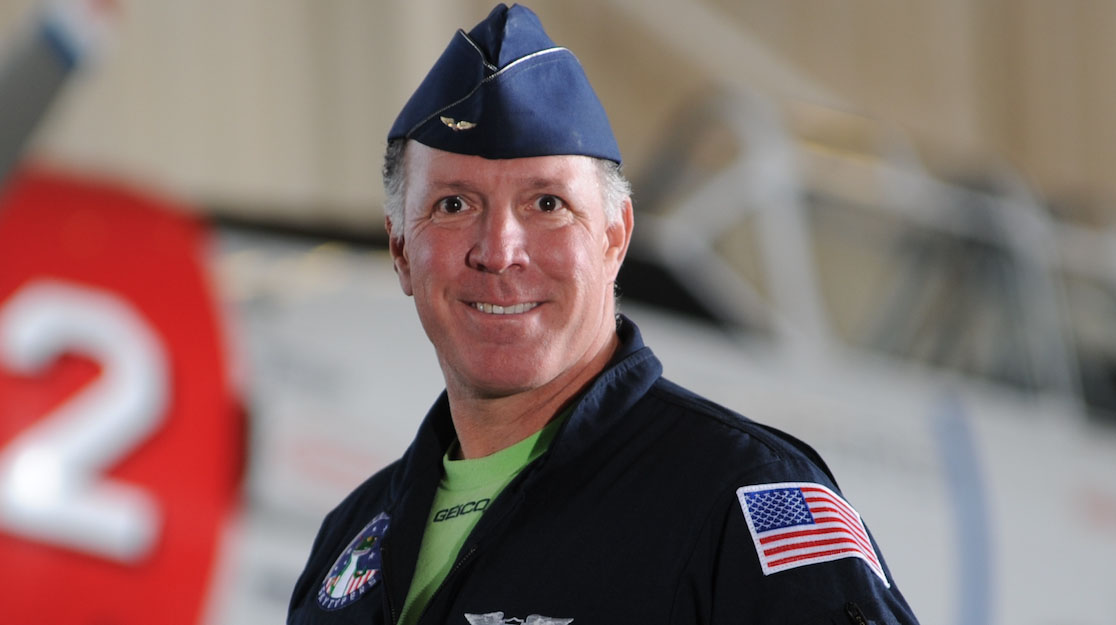 “Teammate and Executive Officer Ken Johansen was killed in the crash,” said Brenda Little, a spokeswoman for the team. “No one was injured on the ground. A careful and thorough investigation is already underway,” she said in a statement. “We are working with local law enforcement, the Federal Aviation Administration, and the National Transportation Safety Board. Our thoughts are with Ken and his family.”

Witnesses said the airplane dropped from a formation of Skytypers aircraft and fell to Earth. The team had performed at the Bethpage Air Show at Jones Beach State Park, in Jones Beach, New York, the previous weekend and was en route to NAS Patuxent River Air Expo at Naval Air Station Patuxent River in Maryland, according to media reports. The Skytypers were scheduled to perform at Patuxent River on June 2 and 3 but have been removed from the lineup.

Johansen’s father, Bob Johansen, was a longtime member and instructor pilot for the team, and the two flew together as Skytypers for a number of years. Bob Johansen retired from the team as a pilot at the end of 2016, but he continued to assist with media and ground operations in 2017.

Johansen—a member of the Skytypers and the Geico Skytypers Air Show Team for more than a decade—was a graduate of the U.S. Naval Academy, a naval aviator, and a professional airline pilot. He leaves behind a wife and two children, Little said.

Johansen caught the aviation bug early in life from his father, and first flew with the Skytypers at the age of eight. According to his team biography, Johansen graduated from the U.S. Naval Academy in 1989 and earned his Navy wings in 1991. He went on to fly P–3 Orions on both coasts while on active duty, then served as a Navy Reserve instructor pilot on McDonnell Douglas DC–9 and Boeing 737 aircraft. He was employed as a captain by a major airline.

“Ken was loved and admired by many in the aviation community, his family and friends, as well as those in his hometown of Doylestown, Pa. Our hearts are broken as we mourn his passing,” reads a statement on the Skytypers website.

Based in Farmingdale, New York, the Geico Skytypers Air Show Team has performed at airshows for more than 30 years. The Skytypers have been recognized with a number of awards, including the 2016 Art Scholl Memorial Showmanship Award for excellence in airshow performance and several Pinnacle awards from the International Council of Air Shows. AOPA Pilot published an article on the team in February 2013.

Technical Editor
Mike Collins, AOPA technical editor and director of business development, died at age 59 on February 25, 2021. He was an integral part of the AOPA Media team for nearly 30 years, and held many key editorial roles at AOPA Pilot, Flight Training, and AOPA Online. He was a gifted writer, editor, photographer, audio storyteller, and videographer, and was an instrument-rated pilot and drone pilot.
Go to Mike Collins's Profile
Topics: People