Get the app Get the app
Already a member? Please login below for an enhanced experience. Not a member? Join today
News & Media Aviation writer Jack Elliott has died

Jack Elliott Schapiro, a journalist and pilot who told general aviation’s “colorful and exciting” story in a weekly column in a New Jersey newspaper for 38 years and was twice honored by AOPA for his lifetime of service to GA, died Nov. 20. He was 94. 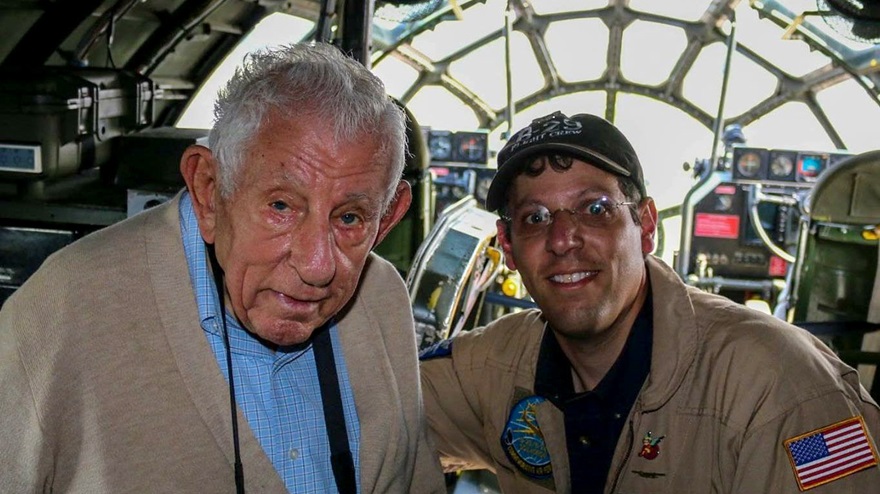 Jack Elliott Schapiro and his son, Stephen, in the B-29 "Fifi." Photo courtesy of Stephen Schapiro.

Writing under the byline Jack Elliott, his column, Wings Over Jersey, appeared each Sunday in the Newark-Star Ledger from 1963 to 2001. He also wrote articles for AOPA Pilot magazine and numerous other aviation publications and was an AOPA member for more than 60 years.

In 1993, AOPA honored Elliott with a Presidential Citation, followed in 1999 by a Max Karant Journalism Award for Lifetime Achievement. Elliott’s 2008 book, Adventures in Flying, a compilation of his columns, included a foreword by AOPA’s then-President Phil Boyer.

Elliott is survived by his wife of 49 years, Esta-Ann; two children, Amy and Stephen; and a grandchild.

Elliott was born in Bayonne, New Jersey, on Jan. 23, 1924, to Anna and Sam Schapiro. He grew up in Bloomfield, New Jersey, and was a longtime resident of Warren Township, New Jersey. 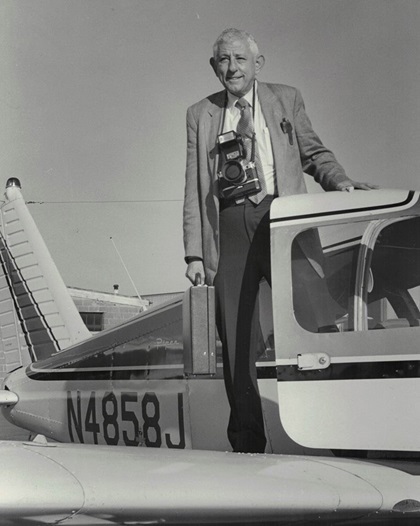 According to an obituary provided by his family, his fascination with aviation began in 1933 when he took his first flight as a nine-year-old in an open cockpit New Standard biplane with his father and brother. He earned his private pilot certificate in 1954 and later earned a commercial pilot certificate with instrument, glider, and single-engine seaplane ratings.

He was a veteran of World War II who served in the U.S. Army 83rd Chemical Mortar Battalion in Africa, Italy, and France who fought at Anzio, Italy, in the 1944 amphibious assault that was a precursor to the D-Day invasion at Normandy. He participated in the liberation of Rome on June 5, 1944, and flew into southern France in the back of a Waco CG–4 glider.

After the war, Elliott went to New York University on the GI Bill, and began his journalism career as a cub reporter at the Long Island Press. Later at the Newark Star-Ledger he advanced until becoming Sunday Editor.

Following his tenure at the Newark paper, he embarked on a career in aviation public relations while continuing to write Wings Over Jersey and freelance articles that appeared in AOPA Pilot, Air-List Ads, Airport Journals, Aviation International News, Flying, General Aviation News, Midwest Flyer, and Private Pilot magazine, among others.

He owned three airplanes at various times including two Stinson 108s and a 1968 Piper Arrow that he purchased new from the factory in Vero Beach, Florida. His son Stephen now owns and flies the Arrow.

Elliott belonged to and received numerous awards for his writing from many national and local aviation associations. In 1986 he was elected to the Aviation Hall of Fame of New Jersey.

“We took off on this journey in journalism with the notion that general aviation had a colorful and exciting story to tell that wasn’t being told, and our intention was to try to tell it. We have done our best to do that,” he wrote in his final Wings Over Jersey column, headlined “Happy contrails to you, dear reader” on Dec. 30, 2001.

In 2011 a stroke left Elliott with aphasia, and the Adler Aphasia Center, a nonprofit organization committed to providing help for those living with aphasia and their caregivers, helped him regain his ability to speak, and provided caregiver support for his wife, Esta-Ann.

His family has requested that donations be made in lieu of flowers to either the Adler Aphasia Center (JCC Metrowest 760 Northfield Avenue West Orange, NJ 07052), or to the Commemorative Air Force B–29/B–24 Squadron.