Signature Flight Support, the world’s largest chain of fixed-base operations, quietly published on its website handling and infrastructure fees at most of its U.S. locations for piston airplanes. 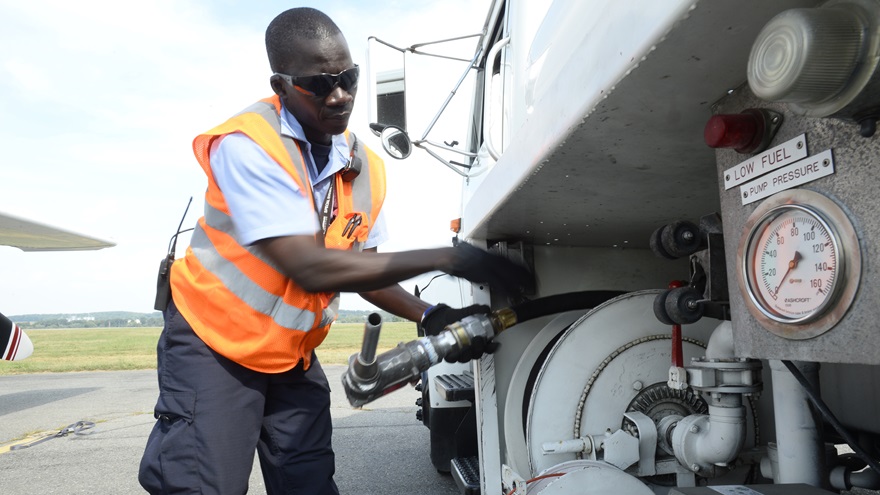 The move represents a shift in policy for the company, which, like most FBOs, had resisted publishing fees, citing competitive reasons and suggesting that pilots should call a location to get the information.

This comes after months of AOPA calling on the FBO industry to be more transparent about the ramp, parking, infrastructure, security, and other fees charged to pilots who land at publicly funded airports. “This is a step in the right direction,” said AOPA President Mark Baker.

The handling fees for piston airplanes appear on the Signature website under the Fuel and Service Rates tab at each location and are presented in three categories: single-engine piston, light twin piston, and heavy twin piston; most locations also include a Piston Infrastructure Fee of $5. Based on AOPA staff review at some of Signature’s 200 locations, the fees vary depending on location. At primary Class B airports such as Boston Logan and Baltimore/Washington International Thurgood Marshall Airport, the handling fees are $49 for a single; $99 for a light twin piston; and $149 for a heavy twin piston. At nearby Frederick Municipal Airport, the fees are $29, $39, and $49. Signature is a monopoly FBO at those locations. However, at Kissimmee Gateway Airport, a busy general aviation airport near Orlando with numerous FBOs on the field, the fees are $49, $79, and $99.

While taking no position on the amount of the fees, Baker said, “We are encouraged by Signature’s decision to inform piston pilots of what to expect. However, there is still much to be done. Turbine operators deserve the same information.”

Patrick Sniffen, Signature vice president of marketing, said, “Signature has and continues to invest heavily in IT infrastructure which will naturally lead to [publication] of turbine fees.” However, he could not provide a timeline for the project. 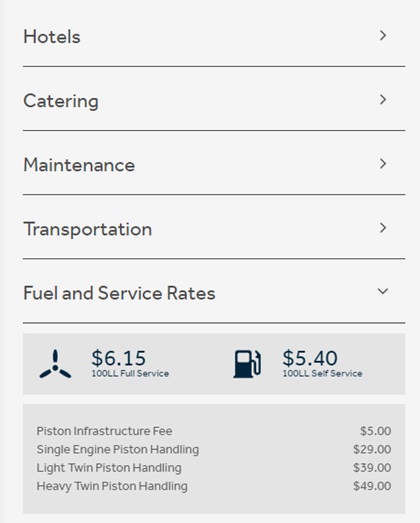 Sniffen described the change in policy as a means to “make Signature easier to do business with. We want to make it easier for our customers no matter what they fly.”

The effort appears to be a first step in working to bring more transparency to pricing at FBOs. “We are super pleased to be working with the GA associations such as GAMA, AOPA, NBAA, EAA, and NATA on transparency,” Sniffen said. “We want to participate in that and lead the way.”

AOPA will continue its dialogue with Signature regarding the publication of fees for turbine aircraft. “And, we’re going to keep after the FAA to exercise its oversight of airport owners that accept federal grants. They have a responsibility to assure that the businesses on those fields offer fair, reasonable, and non-discriminatory pricing,” Baker said.

This summer at EAA AirVenture more than a dozen pilot organizations and 1,000 pilots, including three members of Congress, signed a petition reminding the FAA of its responsibilities and calling on the agency to encourage airports to identify areas where transient pilots can park when they don’t need the services of an FBO. AOPA is also urging the FAA to chart those locations, giving pilots a choice when they land—as opposed to being forced to pay either high ramp fees or pay for over-priced fuel.

“As with self-service fuel and the introduction of a second FBO where it makes sense, alternative parking is another way to spark competition on these airports,” Baker said.

“We are not done here,” he continued. “Fee transparency for all categories of aircraft and alternative access are critical to the protection of general aviation. This is a small victory for GA pilots. I look forward to working with FBOs and the FAA as we strive to improve the state of general aviation for all.”

Contributor (former Editor in Chief)
Contributor and former AOPA Editor in Chief Tom Haines joined AOPA in 1988. He owns and flies a Beechcraft A36 Bonanza. Since soloing at 16 and earning a private pilot certificate at 17, he has flown more than 100 models of general aviation airplanes.
Go to Thomas B Haines's Profile
Topics: Advocacy, Airport Advocacy, User Fees