The FAA has issued a notice designed to simplify the scheduling of practical tests and reduce the waiting many flight instructor applicants and other pilot-applicants face before their exams take place. 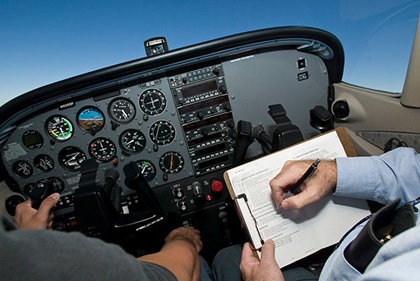 “Geographic limitations contribute to increased difficulty in providing timely certification services across the country and exacerbate the pilot shortage that has resulted from a rapid expansion of the aviation industry,” the notice says. “In particular, removing geographic limitations from all DPEs will allow them to test anywhere within the United States, or its territories and possessions, without the need to request permission from the offices involved.”

For initial flight instructor applicants, the notice eliminates a bureaucratic middleman by permitting them to schedule their test appointments directly with the authorized examiner who will administer the test. Until now, first-time CFI applicants worked through local FAA offices to set up the appointments—a source of many delays. “No other restrictions will be placed on the DPE to schedule a certificated flight instructor (CFI) applicant,” the notice says.

Describing designated examiners as “vital” to the FAA, the new policy gives DPEs expanded leeway to fly with applicants by abolishing a two-checkride-a-day limit and replacing it with a three-flight-test-a-day maximum “without additional approval.” The limit does not include retests.

The new measures, which FAA offices were given 30 days to communicate to their DPEs, are part of a package of changes to testing policies and procedures, some that can be enacted simply by revisiting the guidance for existing practices.

“AOPA supports the measures the FAA is taking and believes they will have a significant and positive impact on pilot training and certification,” said David Oord, AOPA senior director of regulatory affairs.

Dan Namowitz has been writing for AOPA in a variety of capacities since 1991. He has been a flight instructor since 1990 and is a 35-year AOPA member.
Go to Dan Namowitz's Profile
Topics: Advocacy, FAA Information and Services, Flight Instructor