Jim Payne, who piloted the Perlan 2 glider to shatter his own altitude record on Sept. 2, has now joined another elite group: Payne was honored on Sept. 29 with an award previously given to Mercury and Apollo astronauts, along with the test pilots who first flew the Concorde and many other iconic aircraft. 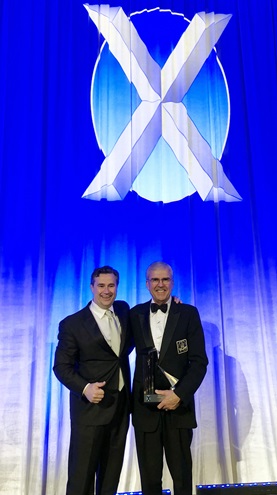 Perlan Project pilot Jim Payne, right, accepts the Iven C. Kincheloe Award from the Society of Experimental Test Pilots Sept. 29. Miguel Iturmendi, also a member of the society, is pictured with Payne. Iturmendi flew one of the record-breaking flights this season with Payne, to over 65,000 feet on Aug. 28. Photo courtesy of the Perlan Project/Airbus.

Since 1958, the Society of Experimental Test Pilots has honored one of its own with the Iven C. Kincheloe Award, given to pilots who make a singular contribution to aviation and aerospace. Permanently housed in the Smithsonian National Air and Space Museum, the trophy’s four pillars represent courage, integrity, knowledge, and accomplishment; it is the highest honor bestowed by the society, recognition of a test pilot’s achievement by fellow test pilots.

Payne, who set a new world glider altitude record (pending official confirmation) flying the Airbus-sponsored Perlan 2 glider to 76,124 feet over the Andes mountains in Argentina on Sept. 2, was apparently taken by surprise at the society's annual awards banquet. He was nominated by Miguel Iturmendi, a co-pilot on several Perlan flights who, along with the rest of the Perlan Project team, kept that a secret during the recent expedition to Argentina, the team noted in a blog post.

“Jim's totally unprepared remarks encouraged all pilots to mentor others. He thanked Jimmy Doolittle for mentoring him at Test Pilot School, Bob Ettinger at Global Hawk, Roy Martin at FireBird, and Einar Enevoldsen for support at Perlan Project,” the team reported. “Jim's mentoring of others is demonstrated by the number of young cadets, pilots, or engineers who thank him personally for his encouragement in their successful adult careers.”

Payne has now joined a select group of test pilots to be so honored, a list that includes the pioneering pilots who tested the first commercial jet, the Space Shuttle, the U–2’s high-altitude feats (which Payne personally topped, in terms of altitude, on that Sept. 2 flight), the first stealth fighter, and the first civilian-built spacecraft, among many others. 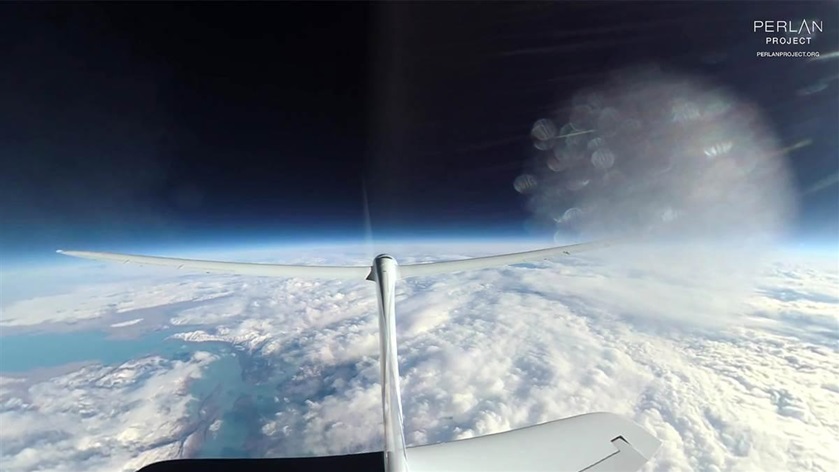