Get the app Get the app
AOPA Members DO more LEARN more SAVE more - Get MORE out of being a pilot - CLICK HERE
We will be performing maintenance on our systems Tuesday, 9/27, beginning at 12:00 A.M. ET and ending at 6:00 A.M. ET. During this time, you may experience intermittent service outages. We appreciate your patience.
News & Media President Trump signs multi-year FAA reauthorization bill

After years of short-term extensions, the FAA has finally secured stable funding until 2023 following President Donald Trump’s signature of H.R. 302 on Oct. 5. The $90 billion five-year FAA reauthorization bill allows the United States to better plan for future growth so it continues to be the world leader in aviation security and safety. 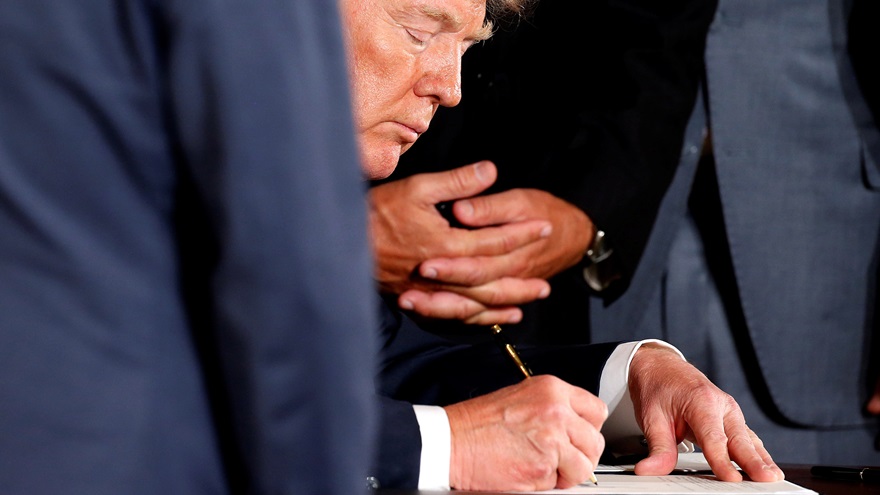 The long-awaited bill includes legislation to address industry workforce programs, aviation safety, and drone integration. But most noteworthy is what’s not included: “privatization” of our nation’s air traffic control system, which AOPA vehemently opposed. The association helped coordinate 250 general aviation organizations across the country to prevent the idea from being included in the final legislation.

“Our members spoke loudly and often throughout this process, and I am most pleased that the costly and controversial ATC proposal is not included in this bill," said AOPA President Mark Baker. "We can now look forward and work to build consensus to ensure that our nation’s aviation system remains the safest and most efficient in the world.”

A significant element of the bill are protections for volunteer pilots conducting medical patient transports and charitable flights beyond the limits of their insurance coverage. Now, pilots flying for organizations like Angel Flight, Patient Airlift Services, and Pilots N Paws won’t have to worry as much about liability. AOPA, the General Aviation Manufacturers Association, and the Air Care Alliance have been working on this for years.

The U.S. aviation sector supports nearly 11 million jobs and contributes $1.6 trillion in economic activity. With the president’s seal of approval, the industry will now have reliable funding to meet the needs of consumers and the workforce.