Get the app Get the app
AOPA will be closing at 2:30pm ET Wednesday, November 23rd, and will remain closed Thursday and Friday in observance of the Thanksgiving holiday. We will reopen Monday November 28th at 8:30am ET.
AOPA Members DO more LEARN more SAVE more - Get MORE out of being a pilot - CLICK HERE
News & Media House passes long-term FAA reauthorization bill

H.R. 302, a $90-billion, five-year FAA reauthorization bill, passed in the House of Representatives by a vote of 398 to 23 on Sept. 26. The legislation addresses industry workforce programs, aviation safety, drone integration, and other issues, but to the relief of all general aviation, it makes no mention of so-called air traffic control privatization. 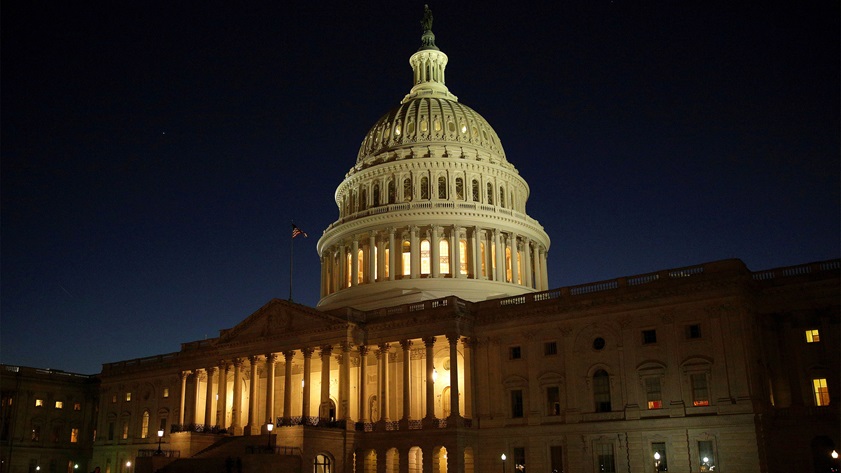 In 2017, an FAA reauthorization bill passed the House Transportation and Infrastructure Committee that included language calling for the removal of ATC from the FAA, but after a contentious battle, the legislation failed to garner enough support for a floor vote. AOPA members and pilots contacted their elected officials in Washington, D.C., more than 200,000 times to oppose the measure.

Immediately after passing the bill, the House voted on a one-week extension that will give the Senate more time if it does not pass the full bill before the Sept. 30 deadline. The Senate is expected to approve the measure when it comes to the floor for a vote.

The legislation contains several provisions drawn from the FLIGHT Act and the Securing and Revitalizing Aviation Act, including volunteer pilot liability protection as well as reforms to Non-Primary Entitlement (NPE) airport funding and the designated pilot examiner program. It also calls on the FAA administrator to establish a type certification resolution process, asks the Government Accountability Office to review the implementation of performance-based standards in small GA aircraft certification, and includes funding for the development of high school aviation curricula.

The bill addresses the growing demand for maintenance technicians, which will reach 120,000 in the next 20 years according to Boeing. The new legislation calls for a five-year authorization for a technician grant program at a cost of $5 million per year, which would allocate funds for aviation businesses or unions, schools, and governmental entities that collaborate to create workforce development programs. In May, AOPA and a coalition of 36 industry organizations signed on to a letter supporting the initiative.

Drones take up a significant portion of H.R. 302. The bill addresses the safe integration of drones into the airspace, including restrictions on model aircraft flying above 400 feet and in Class B, C, D, or E airspace. It also gives the FAA more flexibility in approving drone applications and directs the agency to update its rules regarding drones carrying property while flying for hire.

H.R. 302 also makes changes to safety requirements following a series of aviation accidents. The bill includes mandating medical certificates for hot air balloon pilots after the 2016 crash in Texas that killed 16 people. It also seeks to strengthen requirements for fuel systems on helicopters, and calls for a mandated review of oxygen mask design after social media exposed passengers’ inability to correctly use masks aboard a Southwest Airlines flight in April.

Additionally, the bill authorizes a new airport infrastructure program through 2023 at about $1 billion per year for grants to small or medium-sized airports located outside of metropolitan areas.

“While the legislation contains several provisions helpful to GA and gives the FAA the long-term stability in funding it needs, we have much work to do going forward,” said AOPA President Mark Baker. “Our members spoke loudly and often throughout this process, and I am most pleased that the costly ATC proposal that has divided Congress and the aviation community for years is not included in this bill.  We can now look forward and work to build consensus to ensure that our nation’s aviation system remains the safest and most efficient in the world.”