Get the app Get the app
Already a member? Please login below for an enhanced experience. Not a member? Join today
News & Media FlightSafety International leader Bruce Whitman dies

FlightSafety International Chairman Bruce N. Whitman, an aviation industry figure for more than 50 years, pilot, military veteran, and supporter of service members past and present, died Oct. 10. He was 85. 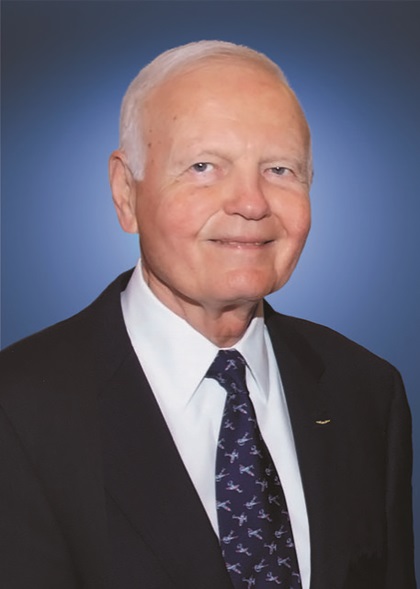 Whitman’s death at his home was announced in a news release issued by his company, a premier professional aviation training organization that provides more than 1.4 million hours of training annually to pilots and other aviation professionals in many countries.

“All of us with FlightSafety are deeply saddened by Bruce’s passing and have expressed our deepest sympathy and condolences to his family,” the announcement said. “Bruce will be remembered with great admiration and affection. He will be missed by us and his many friends and colleagues in the aviation industry and beyond.”

Whitman was a U.S. Air Force veteran who was noted for his support of veterans and current service members. According to his FlightSafety International biography, after graduation from Trinity College he was commissioned a lieutenant in the Air Force and earned ratings as pilot, navigator, and bombardier. He served in the Strategic Air Command, and in 1957 earned appointment as assistant to the commander of Homestead Air Force Base in Florida.

Following active duty, Whitman attended George Washington University Law School for two years, during which time he flew as a captain for East Coast Flying Service, and in the Air Force Reserve, it said.

Whitman was dedicated to supporting Orbis International, the nongovernmental organization dedicated to saving sight worldwide, and was known for his dedication “to educate and foster patriotism among young people,” noted his company’s announcement of his death.

A Bloomberg executive profile notes that Whitman was president of FlightSafety International from November 2003 following service as executive vice president dating to 1962. The company was acquired by Berkshire Hathaway in 1996.

Whitman served as a director of Aviall Inc., the Congressional Medal of Honor Foundation, and the Smithsonian National Air and Space Museum.

Whitman had also served as a member of the Board of Governors of the Aerospace Industries Association and the Civil Air Patrol; as a trustee of Kent School in Kent, Connecticut, from which he graduated in 1951; of the National D-Day Museum; and as a director of the General Aviation Manufacturers Association and Wings Club, among numerous other organizational, industry, and educational positions, said his company’s new release.