Get the app Get the app
Already a member? Please login below for an enhanced experience. Not a member? Join today
We are currently experiencing issues with our phone system. We apologize for the inconvenience.
News & Videos Textron Aviation has new president

Textron Inc. has named a new president and CEO of Textron Aviation as the business segment emerges from a period of challenge into a future with a positive outlook. 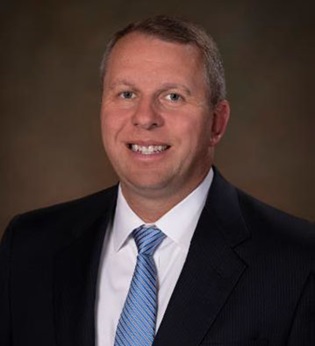 Ron Draper, 50, a nearly 20-year veteran of Textron, took over the leadership role Oct. 12 from Scott Ernest, who had led Textron Aviation since 2011, and has become president of Textron’s Industrial Segment and Textron Specialized Vehicles unit.

Draper has been at Textron Aviation since 2012, and most recently served as senior vice president of integrated supply chain, according to his Textron executive biography. He had been with other Textron subsidiaries including Bell Helicopter since 1999. Draper is a West Point graduate and former U.S. Army helicopter pilot.

In a message to Textron Aviation employees, Draper noted that the company “is on solid footing with a very bright future.” He thanked his predecessor for “improving our company’s performance and seeing us through a challenging period for our industry.”

“Scott’s vision for new product development and for successfully forming Textron Aviation as the entity encompassing the historic Beechcraft and Cessna brands has formed the foundation for much of the company’s positive outlook today,” he said.

Noting his belief that “we can be more effective in many ways throughout the company,” Draper said his plans for the near term include meeting with and listening to Textron Aviation’s employees and customers.

In 2018, Textron Aviation has taken a number of steps to focus its business, discontinuing the Turbo Skyhawk JT–A diesel-powered Cessna 172 and the Cessna Citation X, while targeting a first flight in 2019 and production in 2020 of its Denali single-engine turboprop.