Get the app Get the app
Already a member? Please login below for an enhanced experience. Not a member? Join today
News & Media New take on personal flying

A small band of innovators from Utah came to a drone show with a new take on a personal flying machine, so new it had never before been seen outside of its creator’s shop. 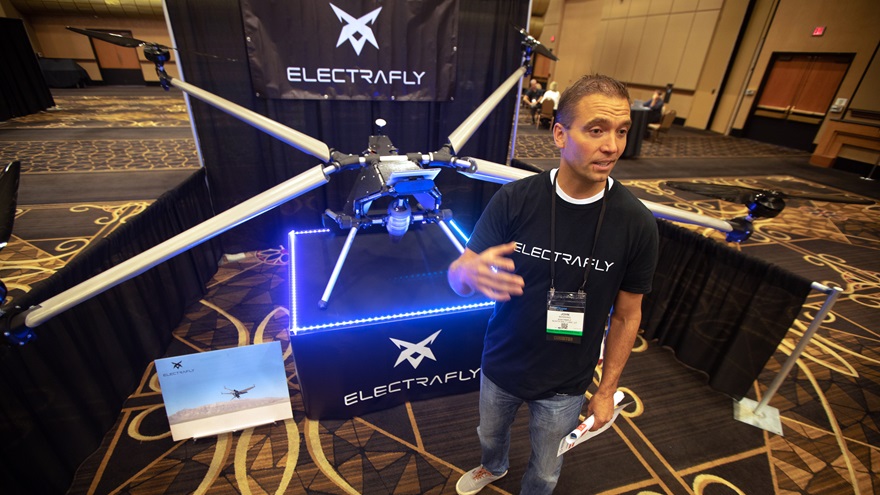 The prototype sat at the far end of the exhibit hall at InterDrone, billed as North America’s biggest drone show, demanding explanation even as it attracted a steady stream of curious onlookers, a few posing for selfies in front of John Manning’s brainchild.

“We call this the Model T on the way to a Ferrari,” said Manning, who began work on the Electrafly in May 2017 in Salt Lake City, Utah, and assembled a small team including a patent attorney to help develop a unique blend of aviation concepts into a personal air vehicle best described as a motorcycle with no wheels, four wings, four electric motors turning propellers, and a turbojet engine to supply a combination of thrust and electric power.

“You don’t really need pilot skills to fly it,” Manning added. Indeed, there were no signs of flight controls—no joysticks, pedals, or even handholds on the prototype that Manning and his crew brought to the drone show. (Handholds, we presume, will be added later.) “Right now, we’ve got the iPad.”

As Manning took a photo of a visitor posing in front of this amalgamation of aviation concepts that was perched on a lighted dais, demanding explanation, Brett Muir, the production manager, described the vision and the design. The turbojet engine mounted below the saddle, pointing downward, is not really there for thrust, Muir said, though it adds a little bit to that equation as it generates electricity to power the four (or, potentially, eight) electric motors and propellers mounted on four arms shaped like airplane wings. The design is optimized for forward flight, with the airfoils generating much of the lift required to keep the craft and rider airborne. It is designed to fly level in forward motion, unlike four-rotor drones that must tilt to create forward motion.

While many designs now being developed for future air taxis and personal air transportation are essentially overgrown drones, relying on the motors for both lift and thrust, incorporating airfoils to provide most of the lift and propellers driven by petroleum-based fuel power to balance the craft in forward flight will make the Electrafly far more efficient, Muir said.

“We know that there’s a lot of hurdles that we’re going to have to clear, but we feel like the technology is there, the vision’s there,” Muir said. “InterDrone has been incredible. Everyone is reacting really well to it.”

Still a far cry, in terms of development progress, from the flying prototype that Kitty Hawk unveiled at EAA AirVenture in 2017, a stage-managed unveiling at the world’s largest airshow that included a manned flight demonstration, this project has yet to leave the ground with a human aboard. Muir said the tethered flight tests, while successful in many respects, revealed structural weaknesses that are now being addressed with design changes and new materials.

Maximum speed, endurance, altitude, and payload are all to be determined. Manning, the principal designer and company founder, has claimed the job of test pilot when Electrafly makes its maiden manned flight.

“Within the next six months is our goal,” Manning told a small audience gathered to hear the pitch. Muir and Manning both noted that the company is seeking investors, and that was a large part of the reason they decided to make such an early public debut—at a drone show, no less. One observer noted that the machine appeared to share many flight control components with drones on display elsewhere in the exhibit hall, computers that automatically stabilize the machine in flight by controlling the speed of the propellers independently, and translate basic inputs from the pilot—up, down, forward, stop—into motion. “The flight controller takes care of all of that.”

Manning and Muir that noted their invention, with 28 patents applied for, combines many of the benefits of multirotor aircraft with the efficiency of fixed-wing flying, and that the hybrid electric powerplant should be more efficient, and offer much longer endurance, than a system that relies on batteries alone, with their much lower energy density. The design can potentially be scaled up or down in size, to accomplish package delivery and military missions in the future.

The price is also to be determined, but Muir envisioned a six-figure price tag that will make the single-person ride the kind of transportation that owners of large yachts might choose instead of a helicopter. It might not be able to carry much luggage, but it aims to supply the wow factor, to show other yacht owners just how cool they are not. 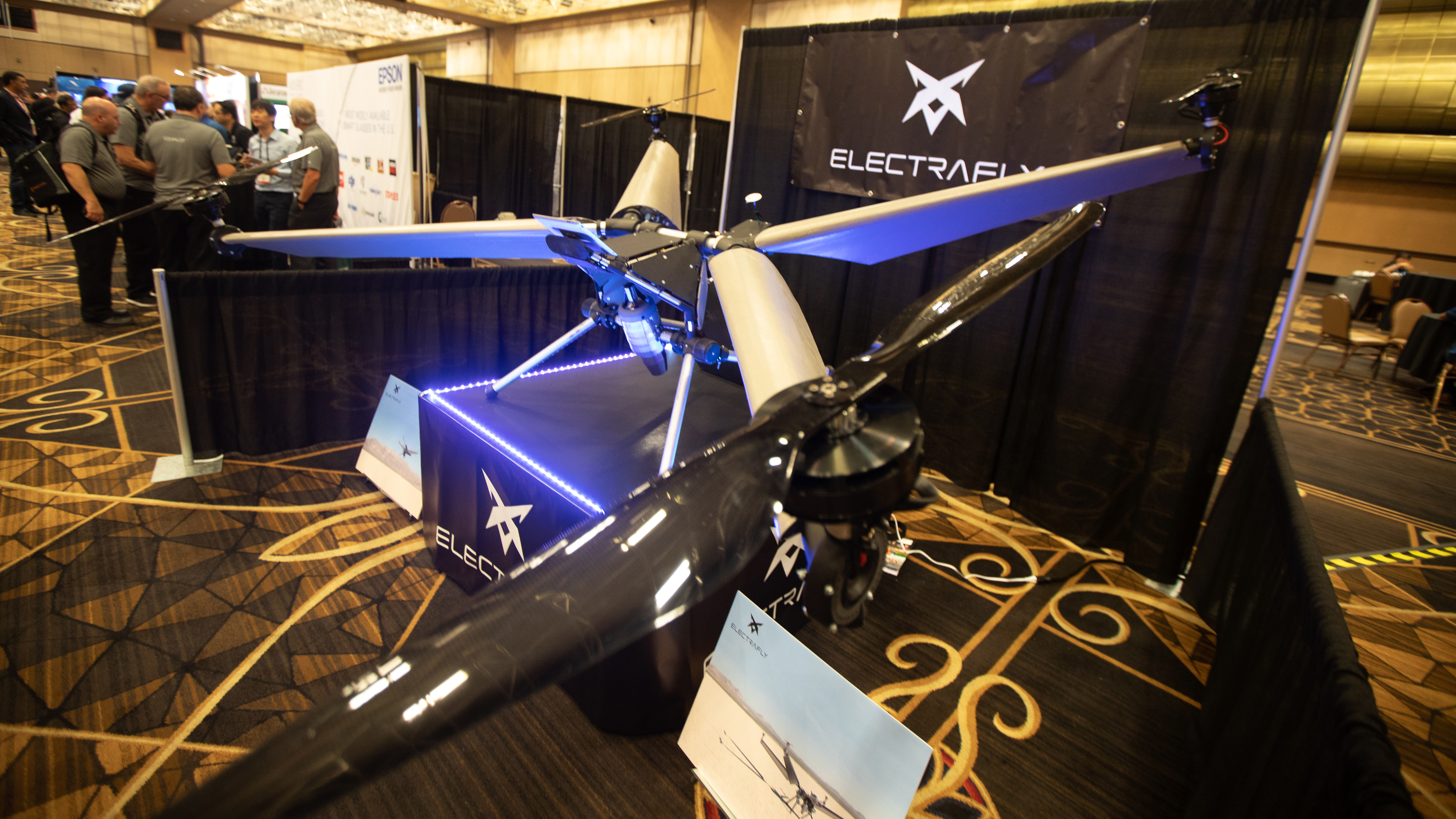