The Ohio State University Airport in Columbus recently opened its doors to hundreds of community members eager to see the results of a major overhaul. 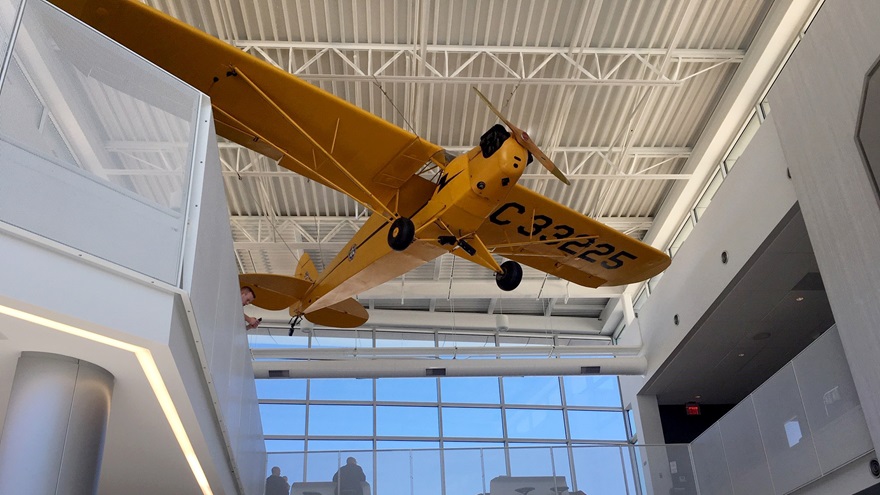 A Piper Cub hangs from the ceiling of the new terminal and education center at Ohio State University Airport, which houses an education center and an observation area where students and guests can watch takeoffs and landings. Photo by Kyle Lewis.

An Austin E. Knowlton Foundation grant made the renovation project possible. The red-and-white trimmed masterpiece features a yellow 1940 Piper Cub suspended from the ceiling that immediately immerses visitors, students, and instructors in aviation history as they enter the lobby, and an observation window affords an unobstructed view for plane spotters.

An open house March 12 revealed a busy GA ramp, where a custom-branded OSU Cessna 172 Skyhawk Top Hawk pulled in visitors like a magnet. Children took turns sitting in the cockpit as flight school students nearby readied for their next mission or practiced maneuvers in flight simulators.

College of Engineering Senior Associate Dean John M. Horack said the remodeled and expanded 29,500-square-foot terminal building and learning center makeover was “over a decade in planning.” The airport opened at its current location in 1942 and is the fourth-busiest in the state, measured by takeoffs and landings.

Horack pointed out that students learn firsthand about the role that GA plays in the community because Ohio State University Airport serves as a real-world learning center. Many airport functions are performed by students—including taking active roles in the fixed-base operation. Horack said students are exposed to a variety of aviation careers at the facility including corporate, medical airlift, personal, business, and recreational aviation opportunities. 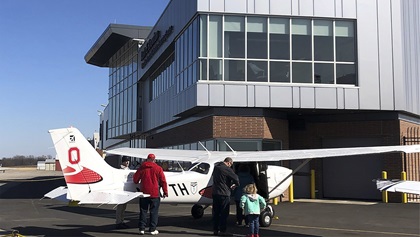 He said the airport was a significant resource and a “valuable asset” for the college and the surrounding community. Horack said the airport pumps about $150 million into the local economy while operations provide jobs for 800 people.

Horack saluted the jet aircraft ride-sharing business NetJets for helping “move the needle” and added that the company “created the demand and the OSU aviation program has created the supply” to help fill the pilot void.

University officials explained that the idea behind the new facility was to make pilot training more efficient and to more quickly fill the demand for aviation jobs in the face of a worldwide pilot shortage. The university said the airline industry and the U.S. Bureau of Labor Statistics predicted up to 45,000 new pilots would be needed to support the commercial aviation industry in the next decade.

Airport director Doug Hammon concurred. He said the new facility would provide OSU “aviation students a greater insight into the industry and world.”

College of Engineering Dean David B. Williams said officials “intend for this airport to be the focus of next-generation education research for aviation and aerospace, and to be the best university-owned aviation facility in the nation.” He added, “There’s now no question that this is the best damn university airport in the land.” 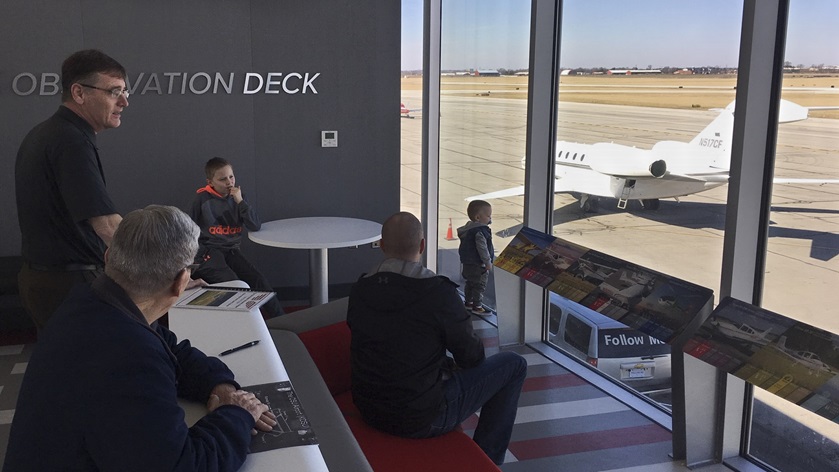