Get the app Get the app
AOPA will be closed July 4th, in observance of the Independence Day holiday. We will reopen at 8:30 am ET on Tuesday, July 5.
News & Media New Aspen MAX displays dazzle with color

Upgrade discount about to expire

Owners of Aspen Avionics Evolution displays have only three weeks left to order their MAX upgrades, saving $2,000 on the process that will transform their old units to the latest standards. The discount expires April 30. 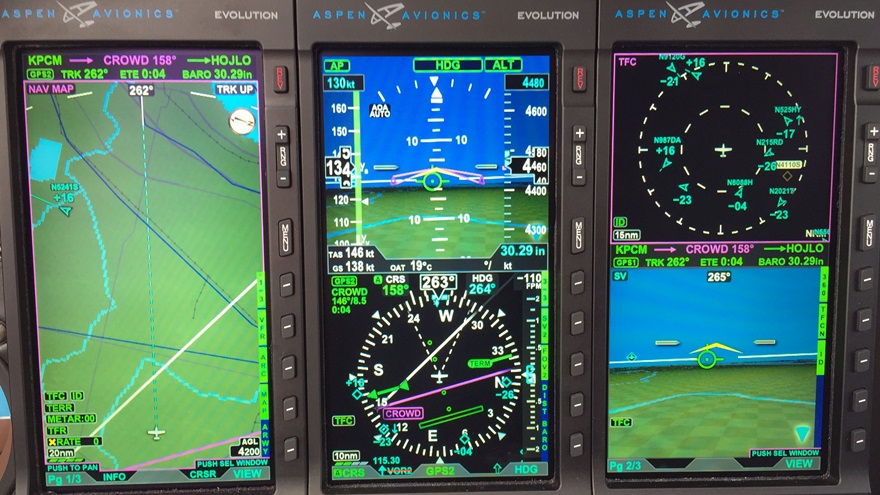 Three Aspen Avionics displays provide a plethora of ways to present various information to the pilot. Photo by Tom Haines.
We had the chance to check out the new generation of displays during a demo flight at Sun ‘n Fun with Aspen Director of Flight Operations James Buck in his first-generation Cirrus SR22. He has replaced the stock electromechanical gauges with three of the new Evolution MAX displays—two EFD1000 MAX units and an EFD500 MAX multifunction display.

As Buck explained, the owner of even Serial No. 1 of an Evolution display, going back more than a decade, can send in the unit for the upgrade, which brings the hardware up to the latest standards. “The upgrade is 90 percent hardware,” he said, including replacing the processors, graphic cards, backup battery, and displays. The company has produced more than 14,000 Evolution 1000 systems over the years. 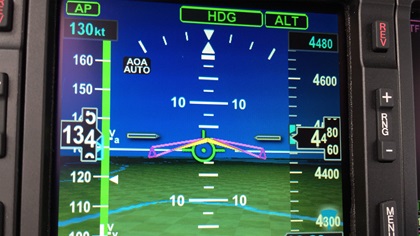 As we saw in our flight out of Florida’s Plant City Airport, the displays are much brighter than the originals, with many more colors. “The new graphics card can show 16 million colors compared to only 16 for the original,” Buck said. In flight, the colors are bright and crisp with great contrast, even in bright light. Also, especially when looking at the synthetic vision in turns, movement is depicted smoothly with no ratcheting, which was common on the original displays with their slower processors.

To take advantage of the upgrade and the current discount, customers must place an order before April 30. Certification of the new technology is expected by July, and those ordering soon can expect an appointment to send in their units in October or later. The upgrade takes about 10 days. Those needing a shorter turn can pay an additional $500 for an exchange unit that is already upgraded. Otherwise, the upgrade is currently $2,995. The full price, starting May 1, is $4,995. The upgrade includes a two-year warranty. 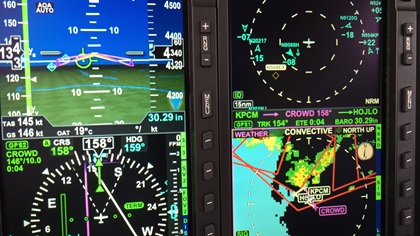 Among the new features with the upgrade is audio alerting for terrain, traffic, and altitude, which requires one new wire from the primary flight display to the audio panel. Otherwise, the switch is plug and play. In addition, in systems with two attitude and heading reference systems (AHRS), the owner can ditch all standby instruments because the new versions include dual GPS-aided AHRS, which displays a GPS-derived airspeed in the event of an AHRS failure. The change is annunciated, but allows the pilot to safely continue the flight and obviates the need for backup displays or instruments.

Contributor (former Editor in Chief)
Contributor and former AOPA Editor in Chief Tom Haines joined AOPA in 1988. He owns and flies a Beechcraft A36 Bonanza. Since soloing at 16 and earning a private pilot certificate at 17, he has flown more than 100 models of general aviation airplanes.
Go to Thomas B Haines's Profile
Topics: Avionics, Sun 'n Fun