Get the app Get the app
Get the latest news on coronavirus impacts on general aviation, including what AOPA is doing to protect GA, event cancellations, advice for pilots to protect themselves, and more. Read More
Already a member? Please login below for an enhanced experience. Not a member? Join today
News & Videos Aero attendance grows

When the skies cleared at Aero Friedrichshafen in Germany at the end of the week, mobs advanced on what is Europe's largest general aviation show. Four huge buses disgorged attendees into the convention halls at the west entrance. Couples with their strollers and dogs began their own crescendo to April 13, which is a public day that attracts waves of locals. 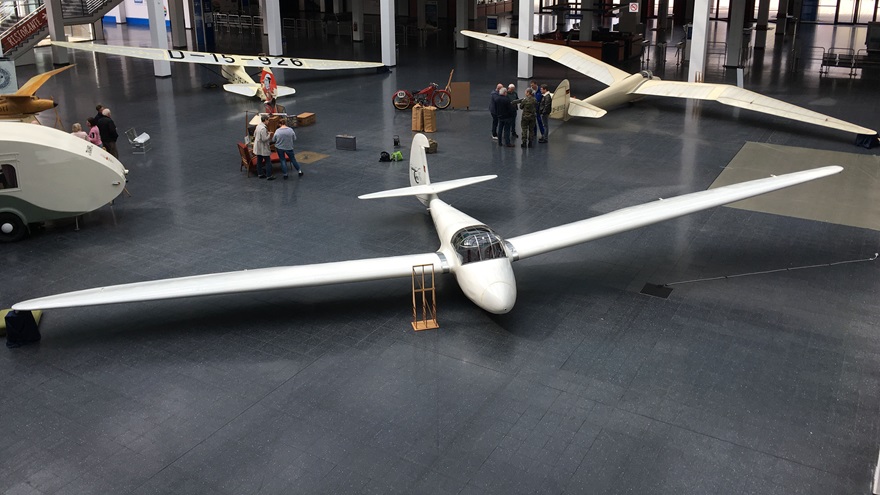 Once you enter the front atrium, you’re greeted by an exhibit put on by an antique glider club. I like the single-seat Minimoa on display, a reverse gull-wing design from 1935. It’s pure aviation art deco.

As in the United States, there’s a lot of focus in Europe on boosting the pilot population—mainly the airline pilot population. Booths lined up under a “Be A Pilot” banner consist of flight schools and flying clubs looking to sign up new trainees. The area even had a “screening days” theme. People could sign up to be screened, and then put through their paces in a simulator and given simple tests that evaluate their proclivity to fly. One kid emerged, fist-pumping, from his session. 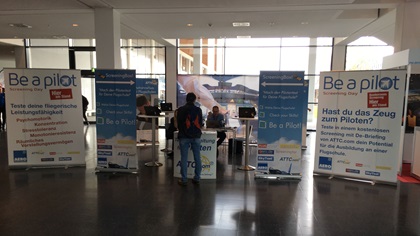 Flying clubs are big in Europe, and among those ready to sign up members were Italy’s Aero Club Como, Switzerland’s Aero Locarno, Hungary’s Airwin Flight Club, and German training centers in Karlsruhe and Munich. And what’s this? Embry-Riddle Aeronautical University.

Make your way down the hallways connecting the exhibit hangars and you’re assaulted by the usual crop of vendors selling the three-Hs: hats, headsets, and handhelds. Many of the exhibits at Aero are also big at U.S. airshows: Continental, Lycoming, Hartzell, Bose, Garmin, Jeppesen, and so on. But the European-specific vendors will be of interest to anyone planning on flying in Europe, or just dreaming about it. These include navigation charts and services, plus information on various GA airports around Europe.

One American exhibitor, fresh from duty at the Sun 'n Fun International Fly-In and Expo in Florida, said that the Aero show is the second-best event in the world for business, after AirVenture. There’s a high quality of visitors, he said. He liked that the site was air conditioned and free of the noise typical of U.S. airshows, with their mass flybys, aerobatics, and thunderous high-speed low passes. 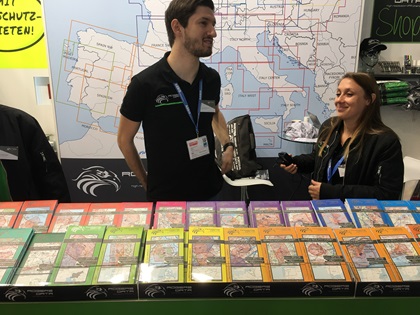 And the bathrooms! These score high as well, no matter who you ask. You won’t find a reeking, boiling-hot Porta Potty at Aero. No sir. They remind me of the facilities at major commercial airports. Aero even has kindergartens, so parents can drop off their kids while they browse the halls.

Speaking of upscale infrastructure from a personal standpoint, Aero’s press rooms—yes, there are two—are exceptional. A booming-fast Wi-Fi with tons of bandwidth lets people like AOPA Live’s Warren Morningstar upload entire 10-minute, pixel-packed segments of the weekly webcast in as little as 15 minutes. And the Wi-Fi is free—and open to the public everywhere at the show. An all-text story like this goes back to our U.S. headquarters in seconds. The east press room has free hot food. AOPA’s somewhat ascetic crew likes to hang out in the smaller, west press room where cold sandwiches are the rule. We’re not complaining though. The rooms are bright, airy, and clean, unlike some of the press setups at U.S. airshows, which tend to be hot and have feeble, intermittent Wi-Fi. “It’s almost like they really want us here,” commented a fellow aviation writer.

And it’s here we’ll be next year. Covering more of the conventional, the electric, the innovative, and the oddball corners in GA’s European airspace.

AOPA Pilot Editor at Large
AOPA Pilot Editor at Large Tom Horne has worked at AOPA since the early 1980s. He began flying in 1975 and has an airline transport pilot and flight instructor certificates. He’s flown everything from ultralights to Gulfstreams and ferried numerous piston airplanes across the Atlantic.
Go to Thomas A. Horne's Profile
Topics: AERO Friedrichshafen 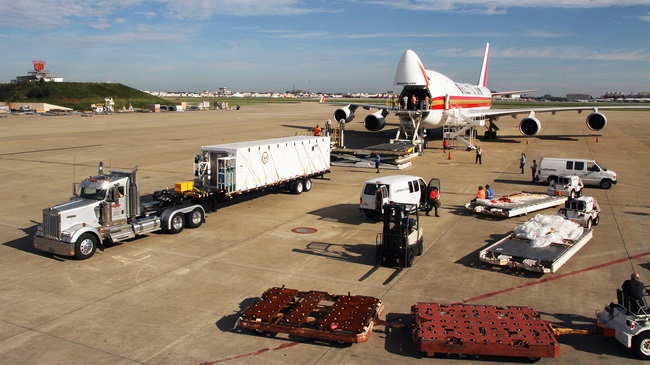 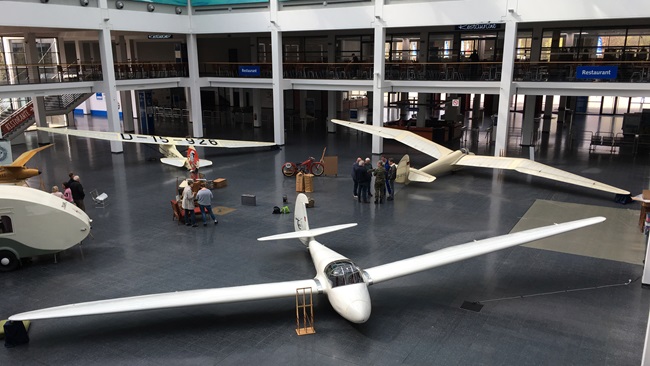