A study that examined the effect of Automatic Dependent Surveillance-Broadcast (ADS-B) In on general aviation and air taxi accident rates found a significant reduction in the likelihood of an accident, which decreased by 53 percent, for aircraft equipped with ADS-B In. It also found that the likelihood of a fatal accident decreased by 89 percent for aircraft using ADS-B In. 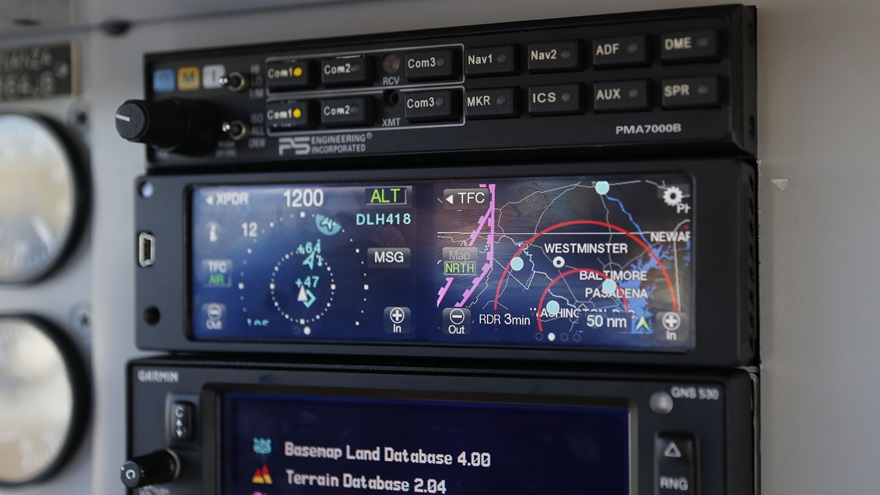 ADS-B uses satellites instead of ground-based radar to determine aircraft position, and is a key technology behind the FAA’s Next Generation Air Transportation System. The FAA has mandated ADS-B Out equipage for flights after Jan. 1, 2020, in airspace where a transponder is required today. ADS-B In, which is optional, increases pilot situational awareness by making a variety of weather and traffic information available in the cockpit.

The paper, “Measured Impact of ADS-B In Applications on General Aviation and Air Taxi Accident Rates,” by D. Howell and J. King of the Regulus Group, will be presented at the Thirty-eighth Digital Avionics Systems Conference in September. The Regulus Group provides system engineering, program management, and air traffic support for multiple FAA and Department of Defense programs.

Focusing on data for five years—2013 to 2017—Regulus researchers used a fleet method to identify those reductions. They determined the number of ADS-B In-equipped non-air carrier aircraft and compared that to the FAA’s fleet forecast for GA. Accidents, by type, involving ADS-B In-equipped aircraft were divided by the number of equipped operations. Their paper includes more details on the methodology and analysis.

“In the CONUS, the accident rate analysis focused on reductions in midair collisions, weather-related accidents, and some incremental impacts on controlled flight into terrain,” said Dan Howell, one of the study’s authors. “For Alaska, the rate analysis considered all aviation accidents. In both analyses, the assumptions mirrored the claims made by prior FAA SBS business cases [2007 and 2012] and were commissioned by the SBS program office as part of the program management oversight process.

“The accident rate reduction results are, in general, more positive than originally claimed,” he noted, adding that the data will be used to guide future SBS business cases for expansion of services.

The data showed aircraft equipped with ADS-B In experienced accidents less often, Howell said. “In both the CONUS and Alaska, aircraft with ADS-B In-capable equipment have experienced a reduced accident rate as compared to those without. The analysis does not prove that ADS-B In applications could have prevented the accidents for the unequipped flights; however, the trend is very positive and supports the effectiveness claims made by the program.”

AOPA has been advocating for increasing ADS-B coverage, and the study shows the return possible from that investment, said Rune Duke, AOPA senior director of airspace, air traffic, and aviation security. “Although we caution against saying there is any single factor that prevents or causes an accident, these results highlight the safety benefits of ADS-B. The FAA had been assuming a 20-percent reduction in accidents for equipped aircraft in their business cases for ground stations. Based on this study, the FAA is considering increasing the percentage, which may assist in justifying additional ground stations.”

Duke said that AOPA has been advocating for and working with the FAA on the business case for more ground-based radio stations for years, and wrote a letter to the FAA’s SBS office on the topic in early 2017.

“Alaska is a focus area for us,” said Duke, explaining that ground station coverage is very sparse in Alaska compared to the 48 contiguous states. “We have also provided information to the FAA in support of Section 321 in the 2018 FAA Reauthorization.” That legislation requires the FAA administrator to evaluate adding additional ADS-B ground stations to create a minimum operational network along major flight routes in Alaska.

In 2016, an informal AOPA Aviation eBrief poll asked readers, “Have you ever had a close call but averted a collision because you had traffic information from ADS-B In equipment?” Nearly 3,000 people responded to the nonscientific survey, and 456—about 15 percent—replied in the affirmative. Many of those early ADS-B adopters are enthusiastic about ADS-B traffic. A summary of those responses can be found online.

AOPA also continues to advocate for new and improved ADS-B In products. Most recently, the FAA approved two new airspace products for Flight Information Services-Broadcast (FIS-B): temporary restricted areas and temporary military operations areas. Duke noted, “we should see those airspace areas being graphically provided to pilots soon over FIS-B. Graphically displaying these airspace areas to pilots will further improve safety and the benefit of equipping with ADS-B."

Technical Editor
Mike Collins, AOPA technical editor and director of business development, died at age 59 on February 25, 2021. He was an integral part of the AOPA Media team for nearly 30 years, and held many key editorial roles at AOPA Pilot, Flight Training, and AOPA Online. He was a gifted writer, editor, photographer, audio storyteller, and videographer, and was an instrument-rated pilot and drone pilot.
Go to Mike Collins's Profile
Topics: Advocacy, ADS-B, Accident