Cold starts are a culprit in engine damage

Preheating is important. A single cold start without proper preheating can produce more wear on your engine in less than a minute than 500 hours of normal cruise operation. 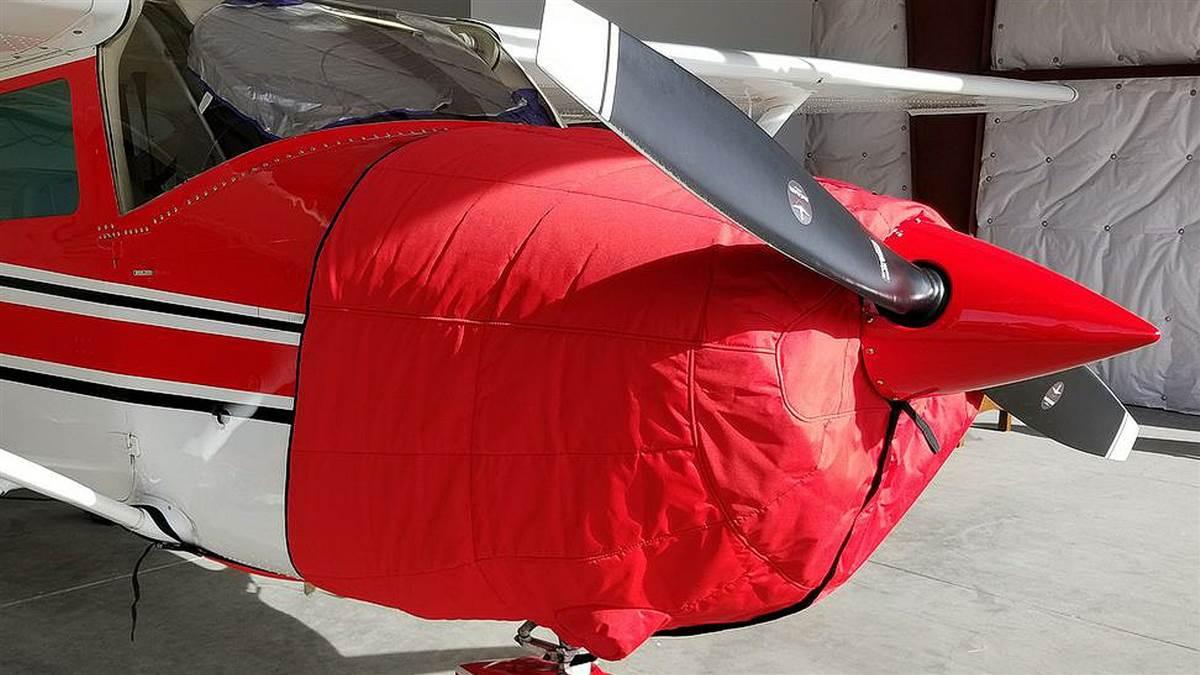 I’m often asked how cold it has to be before preheating is necessary. There’s no hard and fast answer, because the damage done by an unpreheated cold start depends on a variety of things, including the type of engine, its age and condition, and what kind of oil is being used. A brand-new or freshly rebuilt or overhauled engine is more vulnerable to cold-start damage than a tired old engine at TBO.

Generally, I consider any start in which the engine is cold-soaked to a temperature below freezing (32 degrees Fahrenheit, or 0 degrees Celsius) to be a misdemeanor and any start below about 20 degrees F (minus 7 degrees C) to be a felony. The colder the temperature, the worse the crime (and the ensuing punishment).

A common misconception is that cold starts are bad for engines because the engine oil is thick and viscous and doesn’t flow well. Since it takes longer for oil pressure to come up when the oil is cold, the engine sustains excess wear in the early seconds after start because of inadequate lubrication.

While this may be true of single-weight oils, it’s not true of the modern multiviscosity oils that are universally used today for cold-weather operations. Multivis oils such as 15W-50 or 20W-50 flow extremely well even at 0 degrees F (minus 18 degrees C) or less. Pilots who use multivis oils see their oil pressure come up quickly after starting in cold weather, and figure that everything’s OK. Wrong. 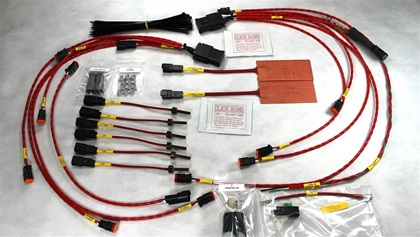 Actually, the biggest culprit in cold-start damage is that our engines are made of dissimilar metals with different expansion coefficients. The crankcase, pistons, and cylinder heads are made from aluminum alloy, while the crankshaft, connecting rods, piston pins, and cylinder barrels are made from steel. Aluminum expands about twice as much as steel when heated, and contracts about twice as much when cooled.

Consider your steel crankshaft, which is suspended by thin bearing shells supported by a cast aluminum crankcase. As the engine gets colder, all its parts shrink in size, but the aluminum crankcase shrinks twice as much as the steel crankshaft running through it. As temperature goes down, so does the clearance between the bearing shells and the crankshaft—and that clearance is where the oil goes to lubricate the bearings and prevent metal-to-metal contact. If there’s not enough clearance, then there’s no room for the oil, regardless of oil pressure.

You’ve probably noticed how difficult it is to pull the propeller through by hand before starting in cold weather. Now you know why. It’s not that the oil is thick—if you use multivis oil, it’s not—but rather that the clearance between the crankshaft and bearings is tighter than normal. If it’s cold enough, you might not be able to pull the prop through at all.

Start an engine in this condition and you’re likely to experience accelerated bearing wear and possible scuffing of the crankshaft journals in the first minute or two of engine operation. In the extreme, it’s even possible for the bearing shells to shift in their saddles (a so-called “spun bearing”), starving the bearing of lubricating oil.

This problem is at its worst with a fresh-from-the-factory engine built to the tightest new-engine tolerances. A tired, loose, high-time engine with worn bearings might well have plenty of clearance even at subzero temperatures. But, even if your engine is approaching TBO, you can’t afford to be complacent about cold starts. Inadequate bearing clearance is only one of the evils associated with cold starting.

Piston clearance is a big deal

Consider what happens to your pistons and cylinders when you cold start an engine. Here, instead of a steel crank inside an aluminum case, we have an aluminum piston inside of a steel cylinder barrel. The clearance situation is reversed: Piston-to-cylinder fit is loose when the engine is cold, and tightens up as the engine comes up to full operating temperature.

It’s not that the oil is thick—if you use multivis oil, it’s not—but rather that the clearance between the crankshaft and bearings is tighter than normal.The piston has relatively low thermal mass, so it heats up quickly. The cylinder is massive and bristles with cooling fins bathed in frigid air, so it warms up slowly. The result is that the piston expands to its full operating dimension quickly after start, while the cylinder takes a lot more time to expand to its full operating diameter. The fit of the piston in the cylinder bore may become tighter than normal shortly after cold-starting when the piston has come up to temperature, but the cylinder still has a way to go. If it’s cold enough, the piston-to-cylinder clearance can go to zero, resulting in metal-to-metal scuffing between the piston and cylinder barrel.

All the warm oil in the world won’t help if the crank-to-bearing or piston-to-cylinder clearances go to zero. To avoid this, it’s essential for a preheat to warm up the both crankcase and the cylinder barrels. 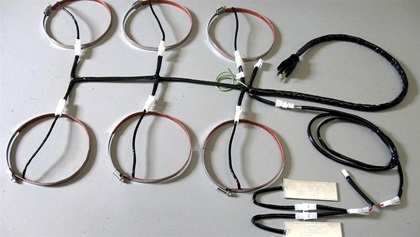 The best way to accomplish this is to put the airplane in a heated hangar overnight. After eight to 12 hours in a 40-degrees-F hangar, every part of the airplane is at 40 degrees F: the oil, the crankcase, the cylinders, the gyro instruments (gyros have their own cold-start issues), the windshield (so it won’t fog up the minute you breathe), and even the pilot’s seat (solving yet another problem).

I’m based on the California coast where the weather rarely gets below freezing, but when I travel to the cold country, I always try to use the overnight-in-a-heated-hangar method of preheating. Most FBOs charge between $25 and $100 to store my twin in their heated hangar overnight. Even at $100, it’s a bargain compared to the alternative (accelerated wear of two expensive engines).

If I’ll be staying at a cold-weather airport awhile, I’ll arrange with the FBO to pull the airplane into the heated hangar the night before my scheduled departure. If it’s really, really cold out on the morning of departure, I’ve been known to preflight the airplane in the hangar, climb into the cockpit, secure the door, copy my clearance, and then have the line crew open the hangar door and tow the airplane out onto the ramp with me in it. As soon as they unhook the tug, I start the engines before they’ve had a chance to get cold-soaked.

Short of overnight in a heated hangar, the best preheating method is a multipoint electric heating system that has individual heating elements attached to the oil pan, the crankcase, and each cylinder. By plugging such a system into AC power about six hours before departure, you can be assured of warm cylinders, a warm case, and warm oil when you start up.

Tanis first introduced these systems in 1974. Tanis systems consist of multiple electric heating elements connected by a wiring harness—one for each cylinder, one for the crankcase, and one for the oil pan. The original Tanis cylinder heating elements screwed into the threaded cylinder head temperature probe boss on the bottom of the cylinder head, but this created a conflict when an engine monitor was also installed, so the current Tanis TSP-series systems utilize a heated bolt that can substitute for either a rocker cover screw or an intake manifold bolt. The crankcase and oil pan heaters are flat silicone rubber heating pads that are glued to the engine with high-temperature RTV adhesive. The wiring harness terminates at an AC power plug that is usually mounted near the oil filler door in the cowling. You simply run an extension cord out to the airplane, plug in the preheating system, and let it cook for six hours or so prior to departure.

Reiff Preheat Systems of Atkinson, Wisconsin, offers a similar product called the HotBand system. In lieu of cylinder-head heaters, the Reiff system uses 50- or 100-watt heating elements on large stainless-steel clamps that mount on the non-finned portion of each cylinder barrel. The Reiff system also includes an oil pan heater, but not a crankcase heater—the cylinder barrel HotBands do a pretty good job of heating the crankcase, too. The Reiff system is less expensive to buy and easier to install than the Tanis.

My A&P colleagues who live up in the cold country tell me they like the Reiff system for use in typical cold climates, but prefer the Tanis for aircraft based where it’s truly frigid.

If the temperature is not too cold and the aircraft is being preheated in a hangar, then a multipoint electric heating system may be all you need. If it’s really frigid or if you have to preheat outside on the ramp (particularly if it’s windy), then you also need some means of insulating the engine compartment and keeping most of the heat from escaping.

At minimum, you’ll need an insulated engine cover. Although you may be able to make do with a quilted blanket, custom-fitted insulated covers are available from Bruce’s Custom Covers and other firms. In intense cold or windy conditions, the propeller becomes a major source of heat loss during preheating. Bruce’s offers insulated propeller and spinner covers to solve this problem.

If you’re making a quick turn, insulated engine and prop covers may eliminate the need for a preheat altogether. By installing the covers promptly after shutting down, engine heat can be retained for three or four hours even when the airplane is parked outside on a cold, windy tiedown.

I’m frequently asked whether it’s OK to leave an engine-mounted electric preheater plugged in continuously. Both Continental and Shell have published warnings against leaving such preheaters on for more than 24 hours prior to flight. Their concern is that heating the oil pan will cause moisture to evaporate from the oil sump and then condense on cool engine components such as the camshaft, crankshaft, or cylinder walls, resulting in accelerated corrosion of those parts. In Continental engines, the starter drive adapter is particularly vulnerable.

Tanis did a study on this some years back, and published a white paper that said, in essence, it’s OK to run an electric preheater 24/7 provided the engine is hooked up to an electric dehydrator system (e.g., Engine Saver, Black Max, EICU), but that if the crankcase contains moist air then it’s best not to plug in the preheater until six hours or so before you plan to go flying.