Get the app Get the app
Get the latest news on coronavirus impacts on general aviation, including what AOPA is doing to protect GA, event cancellations, advice for pilots to protect themselves, and more. Read More
Already a member? Please login below for an enhanced experience. Not a member? Join today
News & Videos ADSB changes dont go far enough

AOPA appreciates the FAA’s recent resolution of some Automatic Dependent Surveillance-Broadcast operational concerns but says the FAA has a long way to go, especially regarding privacy. 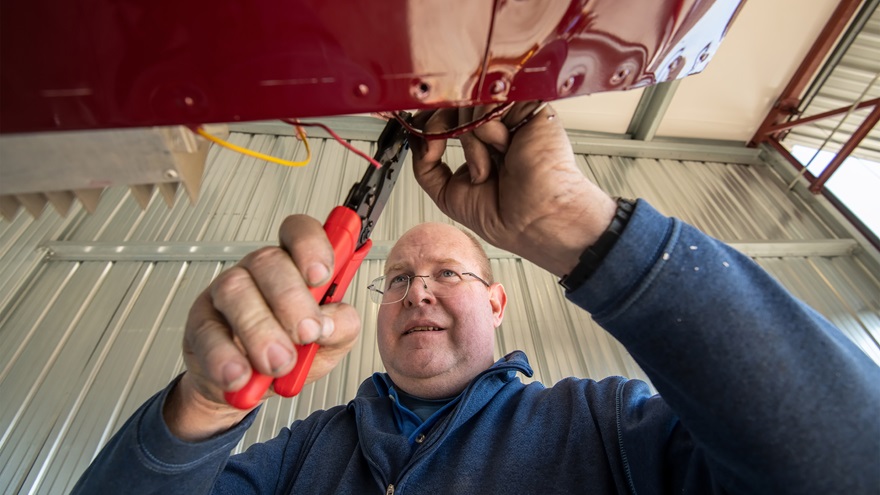 The association filed comments Aug. 7 with the U.S. Department of Transportation regarding Docket Number FAA–2019–0562, “Revision to Automatic Dependent Surveillance-Broadcast (ADS–B) Out Equipment and Use Requirements.” The interim final rule authorizes the non-lead aircraft in formations to turn off their transponders and ADS-B, and makes other changes to regulatory requirements that all ADS-B-equipped aircraft “must transmit at all times,” including an exception for sensitive operations conducted by federal, state, and local security and law enforcement agencies. ADS-B uses GPS satellites instead of ground-based radar to determine aircraft location, and is a key technology behind the FAA’s Next Generation Air Transportation System. The FAA has mandated ADS-B Out for flights after Jan. 1, 2020, in airspace where a transponder is required today.

Although AOPA is pleased to see the issue of formation flights addressed in the interim final rule, the association’s comments go on to say that the rule does not go far enough to address several other privacy concerns shared by the general aviation community, and discussed in the collaborative Equip 2020 government/industry venue.

Another recent effort clarified that pilots of aircraft equipped with 978 MHz Universal Access Transceiver (UAT) ADS-B systems can use their UATs’ anonymous mode when the pilot has filed a VFR flight plan and is not requesting air traffic services. Paragraph 4-5-7(c)(3) of the Aeronautical Information Manual currently states that a UAT’s anonymous mode can only be used “when the operator has not filed a flight plan and is not requesting ATC services.”

Many pilots are concerned about privacy in the context of ADS-B data, and 1090 MHz Extended Squitter ADS-B systems currently don’t offer any anonymity, said Rune Duke, AOPA senior director of airspace and air traffic. He cited the results of a recent Aviation eBrief poll that indicated half of respondents are concerned about their privacy because their identification is being transmitted over ADS-B.

“We regularly hear from pilots who have privacy concerns about ADS-B. This is a good opportunity to have your voice heard and share your concerns directly with the FAA,” Duke said, encouraging pilots to comment.

Comments to the docket will be accepted until Sept. 16, 2019. Interested pilots and aircraft owners are encouraged to review the docket and comment online.

The privacy problem is exacerbated by websites that allow the tracking of aircraft equipped with ADS-B Out, including those squawking the 1200 VFR transponder code, using their own ground stations and bypassing traditional FAA controls over radar data, Duke explained. “Private aircraft operators have significant concerns that have not been addressed in this rule nor satisfactorily resolved by the FAA. We regularly hear from pilots that they are delaying or avoiding equipping because of this concern."

The 978UAT systems’ anonymous mode and the concept under development of “rolling ICAO codes” for 1090ES systems will help to increase anonymity for GA operators, but they are only a short-term solution, Duke noted. “Work must be expedited on the long-term solution: encryption of ADS-B data,” he wrote to the docket. “Encryption at the source will allow an automated solution that will reduce the workload for operators and the agency, and this solution could become a global standard.”

Other issues also remain to be addressed—including voluntary ADS-B equipage of aircraft not equipped with an engine-driven electrical system, and harmonizing regulations addressing inoperable transponder and ADS-B systems, he added.

“Further modifications to ADS-B regulations and policy will encourage additional ADS-B equipage, as well as address the privacy concerns of thousands of aviators,” Duke wrote. “We believe further modifications are in the public’s interest and would provide relief from some current issues by more effectively promoting safety and efficiency in the [National Airspace System].”