Get the app Get the app
Already a member? Please login below for an enhanced experience. Not a member? Join today
News & Videos More pilots going online for weather briefings

The number of pilots who call Flight Service for initial weather briefings continued trending lower in 2019, with online alternatives and apps picking up the slack, according to the 2019 AOPA Weather Survey. 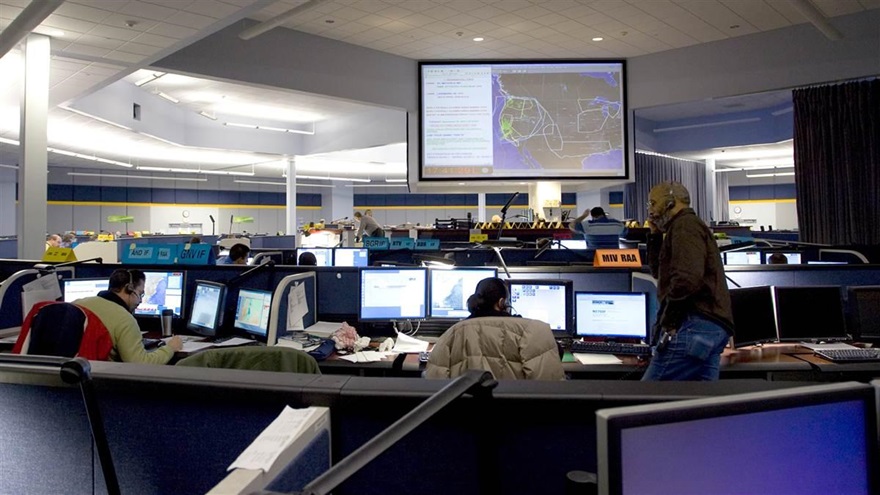 The survey was based on responses AOPA received during March and April 2019 from 2,056 individuals in the continental United States, 160 people in Alaska, and 29 in Hawaii.

Can “VFR not recommended” be digitized?

A flight service specialist is briefing a pilot on the weather for a VFR cross-country, and at the end of the recitation says, “VFR is not recommended.” What should the pilot do now?

A related question: As increasing numbers of pilots abandon old-fashioned telephone weather briefings for high-tech alternatives, can an automated equivalent of the so-called “VNR” (for VFR not recommended) advisory be synthesized? Should it be?

For several years the FAA has been dedicating research, which AOPA supports, to answering this set of questions.

One concern is the element of subjectivity: Just because one briefer states that VFR is not recommended, does that mean that another would say the same thing given the same conditions? Briefers are not necessarily pilots or meteorologists, but pilots are entitled to “uniform” service when they call for weather aid, so how does Flight Service ensure that pilots receive a standardized result?

The subjectivity factor begs the question of how much weight a pilot should assign to hearing “VFR not recommended.” Some may give it little weight, but it’s known that some pilots like getting a second opinion—what the researchers call “that cross check ‘feel’ they get from calling FSS.”

As phone briefings recede into the past for many, can an electronic weather briefing provide a comfortable substitute?

A prototype “VNR enhancement” solution was presented to pilots by the FAA’s Weather Technology in the Cockpit program during EAA AirVenture in Oshkosh, Wisconsin, in July. Researchers told AOPA that some pilots who still telephone Flight Service “really liked the way the prototype shows the products driving the decisions and thresholds.”

As research proceeds, Rune Duke, AOPA senior director of airspace, air traffic, and security, said he has discussed the VNR study with numerous pilots, “and all are very interested.”

“It is good work and we are on a path to solving pilot complaints and improving the value of ‘VFR not recommended,’” he said. “The FAA research team has been highly focused on finding a more effective intervention that will improve safety and they have been great partners every step of the way.”

On the other hand, “Pilots value the service and consistently indicate it is an important safety resource when a question comes up regarding weather for a given flight. Flight Service specialists should remain available and accessible, during preflight and inflight, for general aviation pilots as they are a primary resource when it comes to weather understanding,” the report said. It acknowledged the  need to review the services Alaska Flight Service should provide as activity trends change going forward.

Pilots depended more heavily on Flight Service for weather information immediately before flights, and the service held its position as second-most-relied-on information source behind aviation apps from 2017 to 2019. In Alaska, the use of weather cameras—not available in the other states—is becoming more of a factor in the immediately-before-flight briefing category.

As more pilots embrace cockpit technology including Automatic Dependent Surveillance-Broadcast ahead of the Jan. 1, 2020, ADS-B Out mandate, the survey identified a “larger number of pilots using EFBs, like iPads, and the use of free weather and aeronautical information in the cockpit” via the Flight Information Service-Broadcast (FIS-B) component of ADS-B. Its use increased in the continental U.S. from 62 percent in 2018 to 66 percent in 2019.

The tech trend raises the question of what “legacy” products should be retired, and has placed the familiar Wind and Temperature Aloft Forecasts, Weather Depiction Chart, and textual airmets, under a spotlight for possible elimination.

“About 60 (percent) of pilots do use the Wind and Temperature Aloft Forecast product at least sometimes, which indicates a need to further scrutinize this product before retiring it. On the other hand, the Weather Depiction Chart is not a popular product and most pilots indicated its removal would not have a negative impact on their flying. Likewise, the textual AIRMET is not used by most pilots and the G-AIRMET (graphical airmet) was preferred,” the report said, noting that Alaska and Hawaii’s products are excluded from the result.

AOPA issued five recommendations based on the survey: three encouraging progress on weather-infrastructure development to meet the unique needs of pilots in Alaska; one to identify reasons why pilots don’t submit more pireps; and one to bring aviation’s perspective into the National Weather Service’s Hazard Simplification Project. The project is an effort to create a “weather-ready nation” by increasing public awareness and preparation for weather-related and water-related hazards.

Pilots can provide feedback to the NWS on the project to simplify the system of watches, warnings, and advisories the agency issues on hazardous weather.

The survey findings have been presented to a safety analysis team of the General Aviation Joint Steering Committee, and are also regularly discussed at conferences of the Friends and Partners of Aviation Weather organization.

AOPA also makes the data available to the FAA’s Air Traffic Organization for the ATO’s development of its list of the Top 5 safety initiatives for the air traffic system.