Get the app Get the app
Already a member? Please login below for an enhanced experience. Not a member? Join today
News & Videos WX Watch: Satellite scanning

The view from orbit

If you’re like me,  the first step in your preflight briefing is to check the satellite imagery. 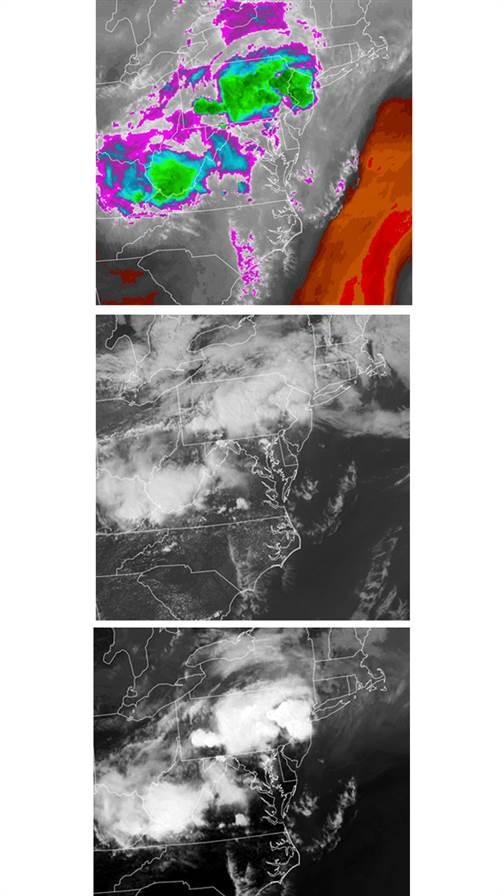 It’s often the most intuitive snapshot of recent weather, it updates every 20 minutes or so, and it makes seeing trends in cloud cover easy—even at night. It can even be looped if you visit the Satellite page on the Observations drop-down menu of the Aviation Weather Center’s website. The imagery comes from the two Geostationary Operational Environment Satellites (GOES): GOES-East, parked at 75 degrees west longitude, and GOES-West, at 137 degrees west longitude. From their perches some 22,300 miles above the Earth’s surface in geostationary orbits, these satellites use radiometers to measure the radiation emanating from the clouds and Earth below. The wavelengths they sense show the visible, infrared, and water vapor spectrums. Each spectrum has its strengths and weaknesses, which is why it’s useful to compare imagery for all three when scouting out the weather.

Visible. The visible imagery channel measures the reflected light, or albedo, in the same wavelengths as those used by the human eye—about 0.5 microns. The higher the reflective power of clouds, the brighter they will appear. This makes it easy to spot the highly reflective tops of a thunderstorm’s cumulonimbus tops. Less dense clouds don’t reflective as much light, so they’re less bright. The Earth’s surface doesn’t reflect much light at all, unless it’s covered in snow. Imagery in the visible channel has great resolution, so with a little experience it’s fairly easy to learn the signatures of different cloud formations—the thin, parallel rows of wave clouds downwind from a mountain range, the widespread small puffy clouds of fair-weather cumulus, the dark “dry slot” that marks relatively cloudless post-cold frontal weather, or the distinctly wispy look of a shield of cirrus clouds ahead of a warm front. The contours of a supercell thunderstorm’s cloud tops are also easily spotted, as they “overshoot” the clouds surrounding their circular shape and poke into the tropopause. And most of us know exactly what the cloud circulations around a hurricane look like.

But clouds occur at many different altitudes, and sometimes it can be hard to distinguish high clouds from low—or to see clouds at all when the reflected light of a recent snowfall obscures them. This is where looping the visible imagery can help. Clouds move at different speeds and reveal themselves that way. Snow-covered ground, of course, doesn’t move at all so it’s easy to compare that with the movement of the clouds above it—especially if you’re able to see a river or lake’s dark, low-albedo patterns within the snowy terrain.

Visible imagery has one huge shortcoming: It doesn’t work at night. With no light to reflect back to the satellite sensor, the image goes dark.

When visible, infrared, and water vapor imagery show coinciding patterns, those locations bear further checking.Infrared. The infrared channel mainly senses the 10- to 12-micron wavelength band, and it’s great for detecting temperatures. This means that the colder the clouds or terrain, the brighter the signatures on an infrared image. The higher, colder cloud tops appear in bright white on a black-and-white image, or in shades of green or blue on color infrared shots. To help in identifying cloud layers and tops, use the temperature scale at the bottom of the frame to see the colder temperatures of the highest clouds. Meanwhile, the warmest temperatures at the right of the scale represent the surface—shown in yellow or orange, depending on the temperature of the ground. (Fun factoid: Large, 19,000-square-mile or greater cloud masses with cloud top temperatures of minus 52 degrees Celsius or less define a mesoscale convective complex.)

Unlike the visible product, infrared satellite imagery’s different wavelength means that it works both day and night. It may not show cloud contours with as much resolution, but you can still identify low and high clouds, and see them move on looping frames. Its biggest shortcoming crops up in the colder months of the year, when terrain can be as cold as the clouds and you can’t distinguish between the two. Looping may help sort this out, and so will any river or lake patterns.

Water vapor. Water vapor is present everywhere in the atmosphere, but less so in the thin air at the highest levels of the troposphere. Water vapor imagery will readily identify the more dense, moisture-laden clouds in the 11,000- to 34,000-foot range, but any radiation emitted by water vapor at lower altitudes will be absorbed by higher cloud layers, and not detectable. So for seeing lower cloud layers it’s not very useful. And remember that just because a water vapor image shows high levels of moisture does not necessarily mean that rain is falling.

Bottom line: Remember that visible imagery shows how thick or thin cloud layers may be; infrared pins down how high or low they are; and water vapor shows the densest concentrations of moisture. When all three image types show coinciding patterns, you can be sure that those locations bear further checking.

Your next stop might be to check radar imagery for any signs of dense precipitation and thunderstorms, or click on aviationweather.gov’s Vis/Fog button to see a hybrid visible/infrared image that shows low clouds in brighter shades—and also has symbols showing whether VMC or IMC conditions exist at certain airports. But to me, METARs and TAFs are better sources of current or impending instrument weather. 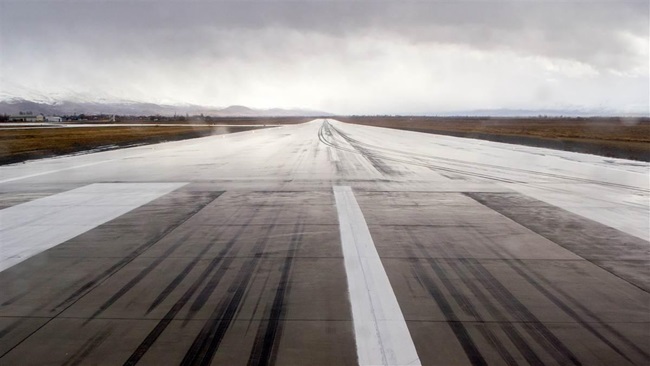 Training Tip: Control (of the roll) is the goal