Get the app Get the app
Get the latest news on coronavirus impacts on general aviation, including what AOPA is doing to protect GA, event cancellations, advice for pilots to protect themselves, and more. Read More
Already a member? Please login below for an enhanced experience. Not a member? Join today
News & Videos Around-the-world speed record attempt forced to turn back

Bill Harrelson’s around-the-world speed record attempt got underway December 5, but the pilot turned back over the Pacific after a slew of unwelcome, last-minute surprises. 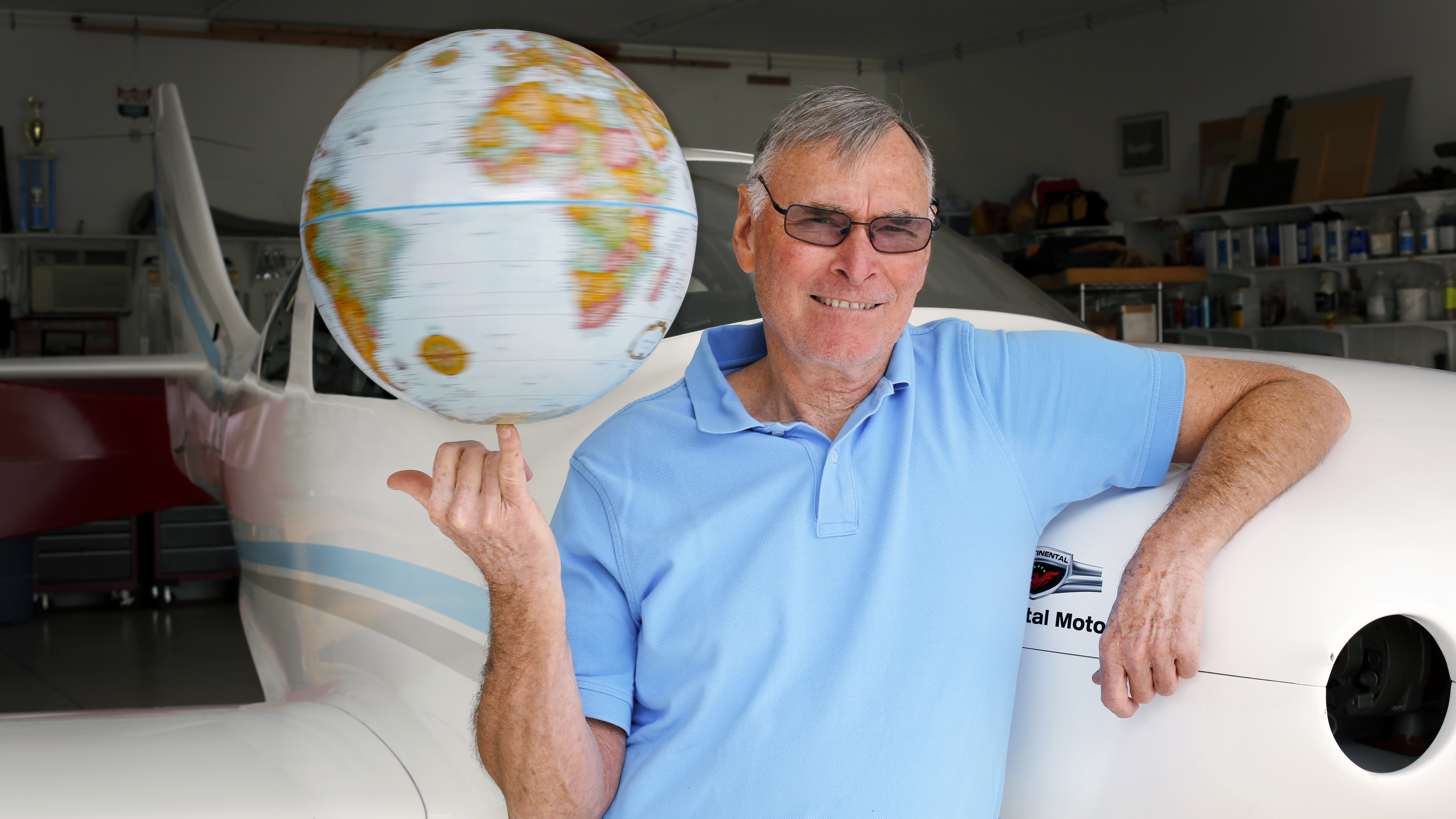 Harrelson, who owns a pair of weight-class world records for distance and endurance in his Lancair IV, was several hundred miles off the Pacific coast on his way to Hawaii when a rough-running engine convinced him to turn back to California.

Harrelson had begun the westbound flight in Florida on Thursday, but the same mechanical issue forced him to land in Austin, Texas, for 3.5 hours. He thought the problem was solved and continued to Hawaii, but the engine began running rough again over the Pacific, so Harrelson turned back to California.

Harrelson had been planning to start and end his westbound flight at Lakeland Linder International Airport in central Florida. But the airport closed the long runway that Harrelson needed to take off with a full load of 361 gallons of avgas, so he moved to nearby St. Pete-Clearwater International Airport, where Runway 36 (9,730 feet) was more than sufficient.

Also, the island nation of Mauritius in the Indian Ocean inexplicably canceled a previously issued overflight permit, which would have forced Harrelson to cancel, or radically change, his flight plan. Officials in Mauritius then renewed the overflight permit.

Harrelson was bucking a 42-knot headwind over the Pacific Ocean on his way to Honolulu on Thursday, but his wife, Sue, a retired airline pilot who is serving as a ground-crew coordinator for the record attempt, said he has “plenty of fuel” to reach Hawaii despite the headwind.

When the engine began running rough, that headwind became a tailwind as he flew toward San Luis Obispo, where he landed safely. He was about two hours off the coast at the time of the malfunction.

Harrelson, 69, holds weight-class world records for total distance (Guam to Jacksonville, Florida—7,051 nautical miles in 2013) and polar circumnavigation (north and south poles in 24 days in 2015). He’s attempting to beat Max Conrad’s eight-day, around-the-world sprint from 1961 that was set in a Piper PA–23 Aztec. The Lancair IV he built for long-duration flights is powered by a customized Continental IO-550 engine and cruises at about 180 KTAS.