Get the app Get the app
Already a member? Please login below for an enhanced experience. Not a member? Join today
News & Videos World speed record attempt back on track

Harrelson halfway around the world

Editor's note: This article was updated December 13 with the latest information for the world record flight attempt.

Two oceans down, one to go. 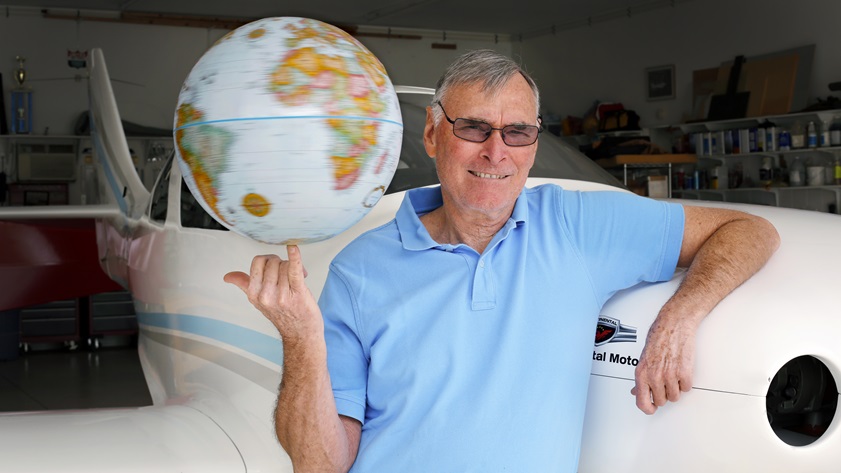 Harrelson, a retired American Airlines pilot, is trying to complete an around-the-world westbound trip in record time. If he makes it back to his starting point in Southern California before December 17 at 5:33 p.m. local time, he’ll best legendary endurance flier Max Conrad’s 58-year-old weight class world record of eight days, 18 hours, and 49 minutes.

From Puerto Rico, Harrelson’s final leg will be a relatively short trip of 18 flight hours to Ontario, California, where his world record attempt began.

Harrelson’s attempt to beat Conrad’s record was bedeviled by early setbacks. He started in Florida on December 5 and made an unscheduled stop in Texas for a mechanical problem, then continued toward Hawaii but was twice forced to turn back to California: once for an ignition problem causing the Lancair IV’s Continental IO-550 engine to run rough, and again when the airplane’s long-range radio malfunctioned.

With both of those problems repaired, Harrelson reset the clock, moved his starting point to Ontario, California, and flew 13 hours to Honolulu on December 8, by far the shortest leg of his planned trip. On December 9, he took off on a nearly 32-hour flight to Indonesia.

Harrelson holds weight-class distance and endurance records as well as the fastest flight around the world crossing both poles.

The Lancair IV that he and his wife, Sue, built at their home in Virginia holds 361 gallons of fuel and cruises at about 180 knots.