A group of Texas pilots has petitioned the FAA seeking an exemption from the agency’s ADS-B rules, which take effect at 0001 local on Thursday, January 2. But they’re not trying to avoid equipping with the mandated new technology; they’re seeking an accommodation that would allow them to install ADS-B Out in their airplane. 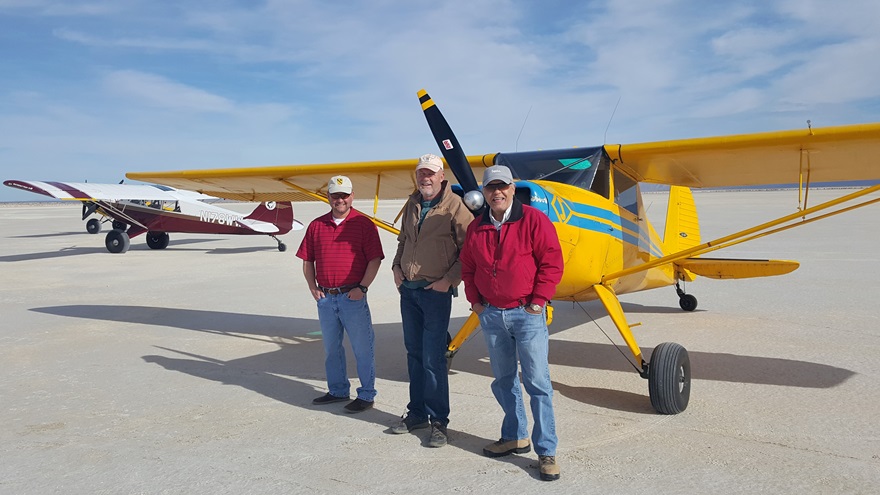 They are asking for an exemption from FAR 91.225(f) for their stock, ragwing 1946 Luscombe 8A, which they’ve based at El Paso International Airport—located in Class C airspace—since 2002.

“This exemption would allow the installation and practical operation of a battery-powered ADS-B system in an aircraft that was not originally certificated with an electrical system, or that has not subsequently been certified with such a system installed, by allowing the ADS-B system to be turned off upon entering uncontrolled airspace,” the petition reads. FAR 91.225(f) requires that ADS-B Out equipment be operated in the transmit mode at all times—regardless of whether it is in ADS-B rule airspace or not. “This would add a capability of operating the aircraft with the ADS-B turned off, similar to the existing process allowed for transponders under FAR 91.215(c),” the petition states.

“All we want to do is keep things as we are, operate from our Class C [airspace], and cooperate with ATC. We want ADS-B Out, too,” explained Jim Ivey of Clint, Texas, who has coordinated the exemption effort on behalf of the Luscombe’s five owners.

The Luscombe is equipped with a certified transponder installation and a communications radio, powered by a battery that’s connected to a trickle charger in the hangar. They use the transponder and radio to depart the Class C airspace, and then turn them off to conserve battery power—so that they can reverse the process, and talk and readily be radar identified, when they are ready to reenter the Class C airspace.

“We’re not asking for an exemption in rule airspace,” Ivey said. “We want to be seen by everybody.” They’re asking for the ability to save their limited battery power for the return to Class C airspace. “Right now we can’t equip, because it’s going to cause us to be noncompliant at some point—when the battery dies, or we turn off the [ADS-B] switch. We have decades of experience with a Mode C transponder in the panel; it just comes down to that ‘always on.’”

The petition acknowledges that installing a wind-driven generator could power the transponder and ADS-B system, noting that it would not be an engine-driven system and that wind-driven systems are difficult to find today, likely would not generate enough power, and generally are unreliable.

“We feel like we’re being forced to move the airplane to another airport or sell it,” Ivey said. Without ADS-B they’d probably sell, because the nearest nontowered airport—Las Cruces, New Mexico—is about 50 miles away. All the Luscombe’s owners own other aircraft—Ivey said he owns six and is a partner in three more—and all the others are ADS-B Out-equipped.

Although the Luscombe is not his only airplane, it’s clearly a favorite. “It's always the one we take for Young Eagle flights or pancake breakfasts,” he said. “And there’s a certain zen from hand propping an engine, too.”

If the Luscombe owners’ petition is approved, it would streamline the approval process for any other operators of nonelectrical aircraft using battery-powered transponders who want to equip with ADS-B Out, said Rune Duke, AOPA senior director of airspace, air traffic, and aviation security, noting that operators will have to comply with any requirements contained in exceptions issued to them.

Ivey and his Luscombe partners simply want to maintain the status quo. “We want to participate in the system and be as good a neighbor as we possibly can,” he said. “And we want to be seen by everybody.”

Technical Editor
Mike Collins, AOPA technical editor and director of business development, died at age 59 on February 25, 2021. He was an integral part of the AOPA Media team for nearly 30 years, and held many key editorial roles at AOPA Pilot, Flight Training, and AOPA Online. He was a gifted writer, editor, photographer, audio storyteller, and videographer, and was an instrument-rated pilot and drone pilot.
Go to Mike Collins's Profile
Topics: ADS-B