Get the app Get the app
Already a member? Please login below for an enhanced experience. Not a member? Join today
News & Videos Decision time

Students tell you what guided them. 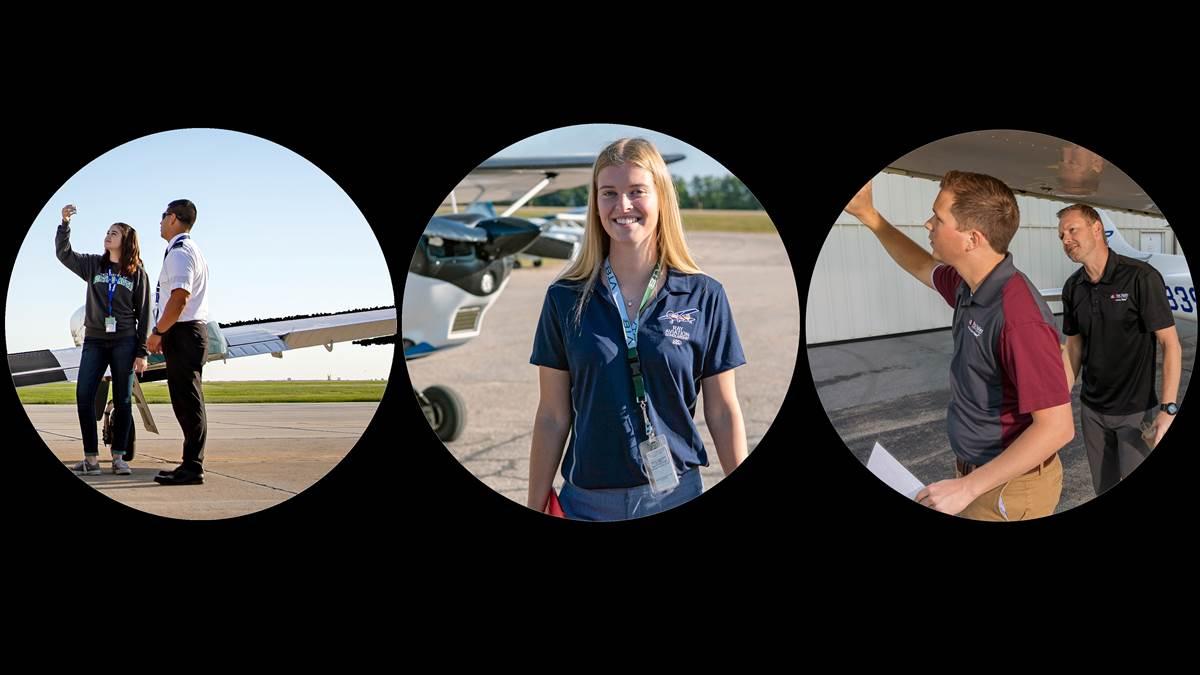 We’re well into the 2019 school year, and many high school seniors are facing the big decision: where they will go to college. It’s the biggest—and potentially one of the most expensive—decision of their lives, because it can mean the difference between a fulfilling career or a 9-to-5 job that simply pays the bills. It also can mean the difference between shouldering large student loans or coming out the other end with less debt and more financial freedom.

Choosing an aviation program isn’t easy. There are lots of options, and lots of opinions. Big aviation schools whose names you know; smaller colleges; two-year and technical programs. Your job as a high school student or a career changer is to research those options and take the opinions with a grain of salt.

We asked some current aviation college students how they made the crucial decision, and what factors put them on the path they are following. We hope these insights will help guide you in your journey on the road to an aviation career. 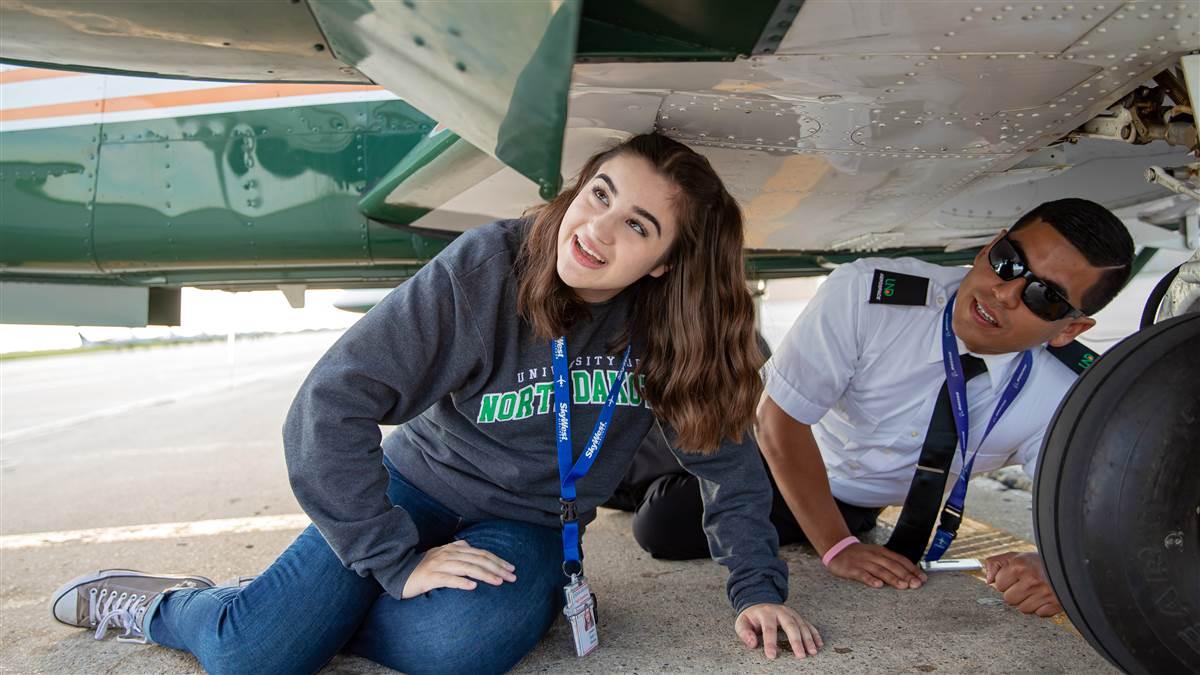 Still looking?
Shuklar recommends you keep an open mind. “Look everywhere. Just because a program seems out of reach or not accessible or the weather’s weird, don’t discount that program. Don’t set your sights on one.” She also recommends making a list of priorities when choosing a college: location, reputation of the program, and the like. These will help you to identify your perfect program.

Carly Shuklar grew up in Thousand Oaks, California. The weather in that part of Southern California is fantastic. “We rarely had rain,” she said. “We rarely had clouds.” She got her private pilot certificate at age 17, but “I felt so spoiled to fly somewhere like that.”

Shuklar knew that professional pilots don’t get the luxury of flying in clear-and-a-million conditions. They fly in high winds, clouds, rain, and ice and snow. She wanted exposure to all-weather flying while she trained to become a professional pilot. That led her to consider the University of North Dakota’s John D. Odegard School of Aerospace Sciences (UND) in Grand Forks, North Dakota.

UND knows snow. It snows in North Dakota during every month except July and August. UND’s flight department has a strict dress code and operating instructions for when temperatures get below zero degrees. “I was really excited about the fact that I would learn to fly in every type of weather,” Shuklar said. “Going into a career in this industry, it’s not realistic to think that you’ll fly in Florida or California or Arizona.” She likes training in an environment where pilots are exposed to all four seasons. “It’s eye-opening to fly when it’s below freezing or in a 20-knot crosswind. It’s just made me [a] way more confident and comfortable pilot. The training prepares you well to handle anything.” 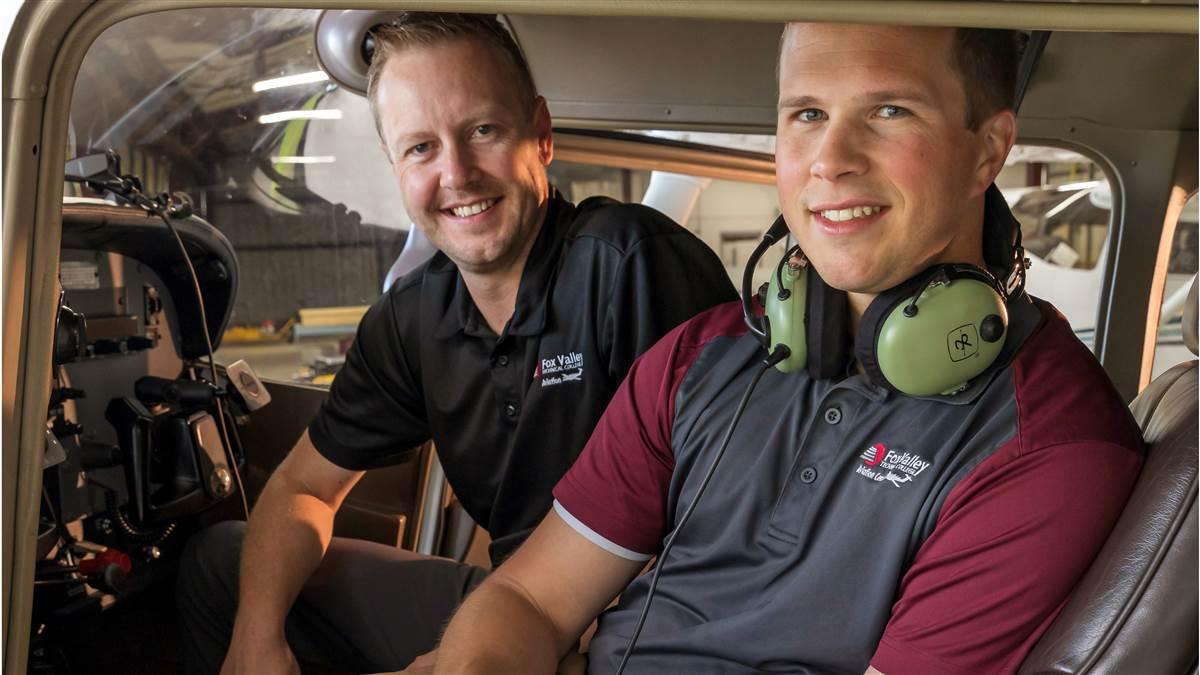 Still looking?
When evaluating schools and programs, Jacobsen said he kept his long-term goals at the forefront. If the long-term goal is to get into a career in aviation, take the time to “walk through” a program—and consider its reputation in the industry, he said.

Miller suggests taking a discovery flight, making sure that aviation is something you will enjoy as a career. “Then for choosing a school, make sure you can accomplish your aviation goals in one school, as it really helps to have a set structure throughout your training. Also, get a degree in something non-aviation-related as a backup.”

Chad Jacobsen is a bit of a nontraditional student at Fox Valley Technical College (FVTC) in Appleton, Wisconsin. He’d already earned a four-year degree elsewhere. When he decided he wanted to switch careers to pursue commercial pilot training, he chose FVTC’s professional pilot program, which equates to an associate degree.

Calling FVTC’s reputation “excellent,” Jacobsen said the FAR Part 141 program gives him the structure he likes. But it’s also rigorous, and he said he would not recommend a program like this to anyone who is trying to accomplish this type of training on a part-time basis.

“They’ve exceeded my expectations coming in,” Jacobsen said of FVTC. “I wanted to find a program that had a great reputation and took flight training seriously and dealt with not just the basics of flying safely, but also the information that was important to have if I pursue a career in aviation.” He knew he could enroll in a dedicated pilot academy, but he did not want to go the pilot mill route, he said.

Jacobsen especially likes the fact that flight and ground school scheduling is done for the student in advance. “The schedule is built out already so you’re already scheduled in airplanes with instructors for whatever you’re working on,” he said. “They schedule you to 150 percent of what you need” so, in the event of weather or a mechanical cancellation, there’s no need to scramble to find an airplane and an instructor. “You have that schedule built beforehand and you can plan around it as you do other things,” he said.

Dan Miller, also a student at FVTC, is changing careers, leaving a career in corporate finance so that he can one day fly for a major airline. He has a four-year degree and associated student loan debt. His search led him to FVTC as a less expensive option for a Part 141 program, since he didn’t need the degree attached to the training. It’s also where his brother-in-law trained to become a professional pilot.

Miller said he enjoys the 4-to-1 student to instructor ratio, “which is invaluable and allows for an enriching and personal learning environment.”

“I have just started the program and already I feel like I am part of an influential, genuine aviation family,” he said. 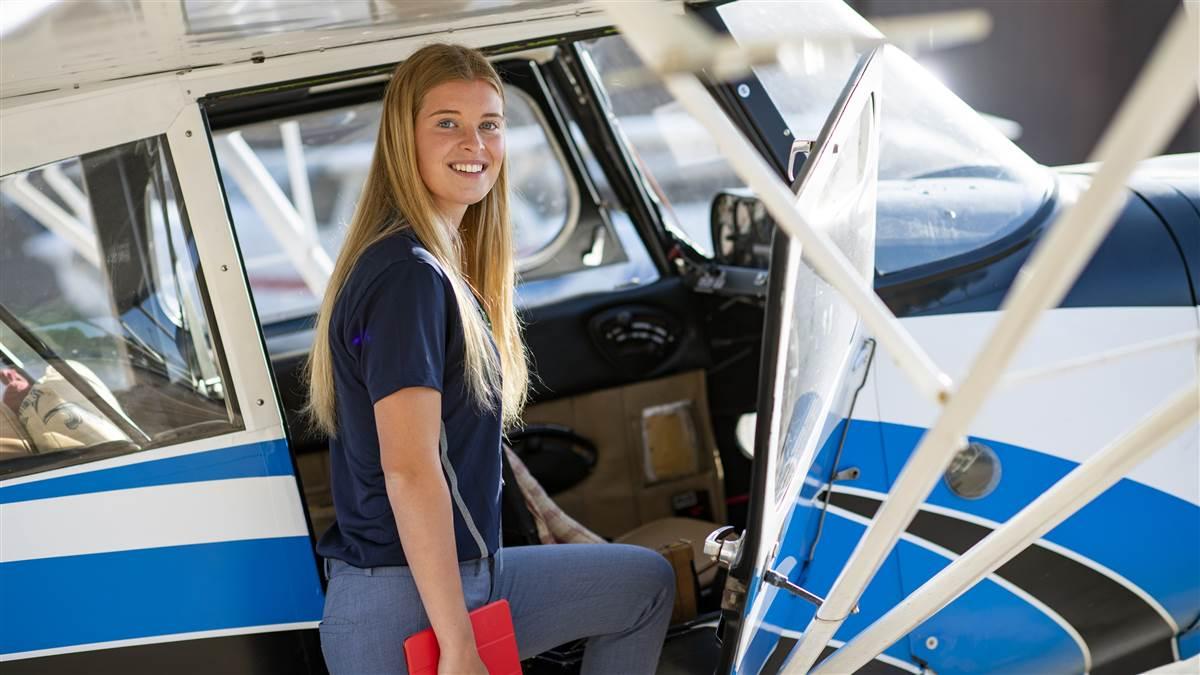 Still looking?
“Do your research and always rate the pros and cons when picking a school,” Becker said. “Don’t be afraid to look into smaller schools and figure out what will be the best fit for you.”

Kyra Becker attended a vocational-technical high school in her hometown of Chazy, New York. So it wasn’t a stretch for her to consider a college program that is similarly structured. But that’s not the primary reason she chose Vermont Technical College in Randolph Center, Vermont, even though it is closer to home than the Southeastern university she initially thought she’d choose.

“Vermont Tech for starters is a lot cheaper and faster paced than [the Southeastern school],” Becker said. She will earn CFI certificates while still enrolled in college, whereas some colleges require students to graduate before they can acquire those certificates.

“Also I knew if I was going to be paying so much for school I wanted the best training, and training over the mountains, and winters in Vermont makes me way more prepared for real-world flying,” Becker said.

Flight training is conducted at Vermont Flight Academy at Burlington. The small campus and airport allow Becker to utilize “every minute of engine time”—another plus for a student who is closely watching her budget.

“I could not justify taking on so much debt when there was a cheaper and smarter way to get an aviation bachelor’s degree,” said Becker, whose post-graduate goal is to fly cargo for FedEx or UPS. 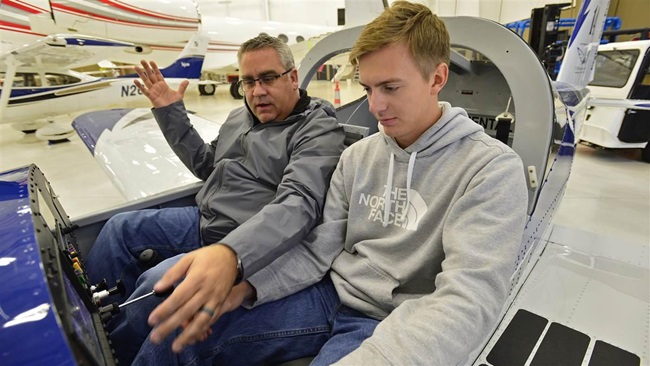 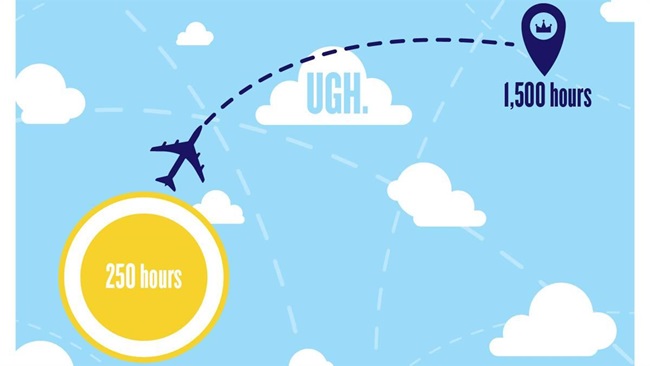 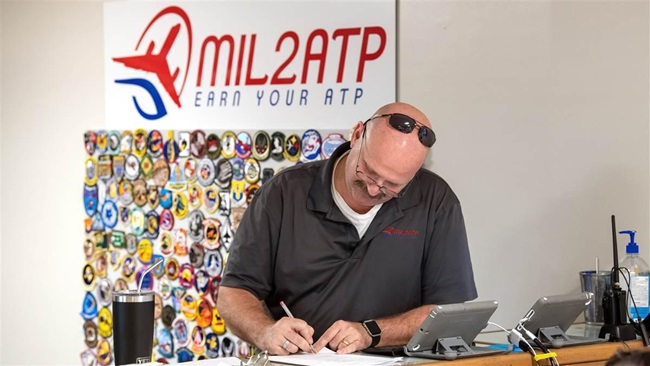