Get the app Get the app
Already a member? Please login below for an enhanced experience. Not a member? Join today
News & Media Aircraft sales continue shallow climb

GAMA reports on state of the industry

The General Aviation Manufacturers Association reported modest increases across piston, turboprop, and business jet aircraft shipments in 2018. A deeper dive into the data highlights how innovation continues to separate winners from also-rans, and how nearly all the dollars are coming from turbines. 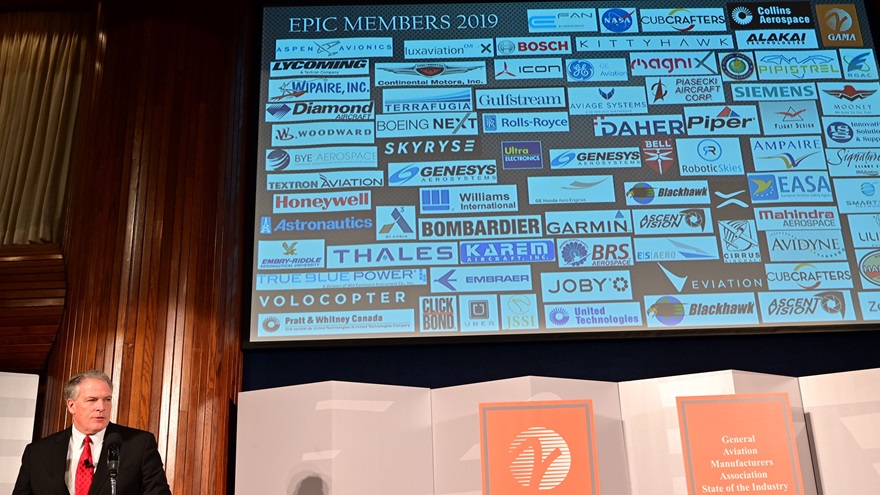 During the General Aviation Manufacturers Association's State of the Industry address on Feb. 20, GAMA President and CEO Pete Bunce reported that the number of companies pursuing electric and hybrid propulsion to facilitate a new era of on-demand urban mobility has grown from 15 firms in 2015 to 79 actively participating. Photo by David Tulis.

GAMA Chairman and Gulfstream Aerospace Corp. President Mark Burns joined GAMA President and CEO Pete Bunce to deliver the annual market overview in Washington, D.C., on Feb. 20, noting that 2018 marked the first year since 2013 that airplane shipments increased across all types of aircraft, including a 5-percent increase in piston airplane deliveries, a 5.2-percent increase in turboprop deliveries, and a 3.8-percent uptick in business jet deliveries.

“New certifications over the last two years, especially in the lighter jet segments, as well as demand in North America are driving the business jet shipment increase,” Bunce said, in a news release. “This is also the second consecutive year in which shipments of piston and turbine rotorcraft are up, driven by the introduction of new models to the market.”

Bunce, in remarks delivered at the GAMA event, noted that the recent government shutdown could have devastated the industry, had manufacturers, lawmakers, and regulators not worked in advance to allow the FAA to delegate aircraft certification tasks. Bunce said the industry also owes a "debt of gratitude" to many FAA staffers who "missed two paychecks and still did their job" during the 35-day federal funding lapse.

Looking to the future, Bunce said there is growing attention being paid to aviation's environmental impact, and development of sustainable aviation fuels will be critical to the industry's long-term prospects. "If we do not do this, we will not meet the mandates that we have out there for environmental sustainability," Bunce said.

Bunce said a coalition of companies seeking to drive innovation in electric and hybrid propulsion and facilitate a new era of on-demand urban mobility has grown from 15 firms in 2015 to 79 actively participating.

"We are talking about actually certifying vehicles, now," Bunce said. "A lot of people thought this was not going to happen until well into the 2020s. It's happening now."

Bunce said the advent of on-demand air mobility is the most exciting development of his career, and "there is a consensus among all of us that this is as important to aviation as the dawn of the jet age."

Aviation analyst Brian Foley said the overall numbers and trends reflect the continuation of stability. Of the three fixed-wing aircraft market segments, only the turboprops produced any statistical surprise.

“I track the number of deliveries each year since 2011, and they’re in a very tight band,” Foley said of new business jet sales. “For those who are statistically inclined, the standard deviation is only 23 units.”

That means that, given worldwide sales of 677 business jets reported by GAMA in 2017, based on reports collected from individual manufacturers, any 2018 total that increased or decreased by up to 23 aircraft sold would fit neatly within the long-term trend. GAMA reported 703 business jet sales in 2018, reflecting continued stability with supply and demand in equilibrium. Foley shares GAMA’s view that new jets expected to reach the market this year (notwithstanding some delays resulting from the federal government shutdown) will drive another year-end increase in the totals.

Turboprops showed signs of a more robust uptick, however. The 601 turboprop sales reported in 2018 reflect an increase of 38 aircraft sold, and that’s nearly twice the standard deviation. “That’s a good sign,” Foley said, though it was not immediately clear what is driving the increase.

The piston segment fell more neatly in line with prior year performance. “It’s still pretty tight,” Foley said of how the 5-percent increase in piston airplane deliveries falls within the long-term trend. “Better news, I’d say, for the turboprops. There seems to be a real move going on there.” 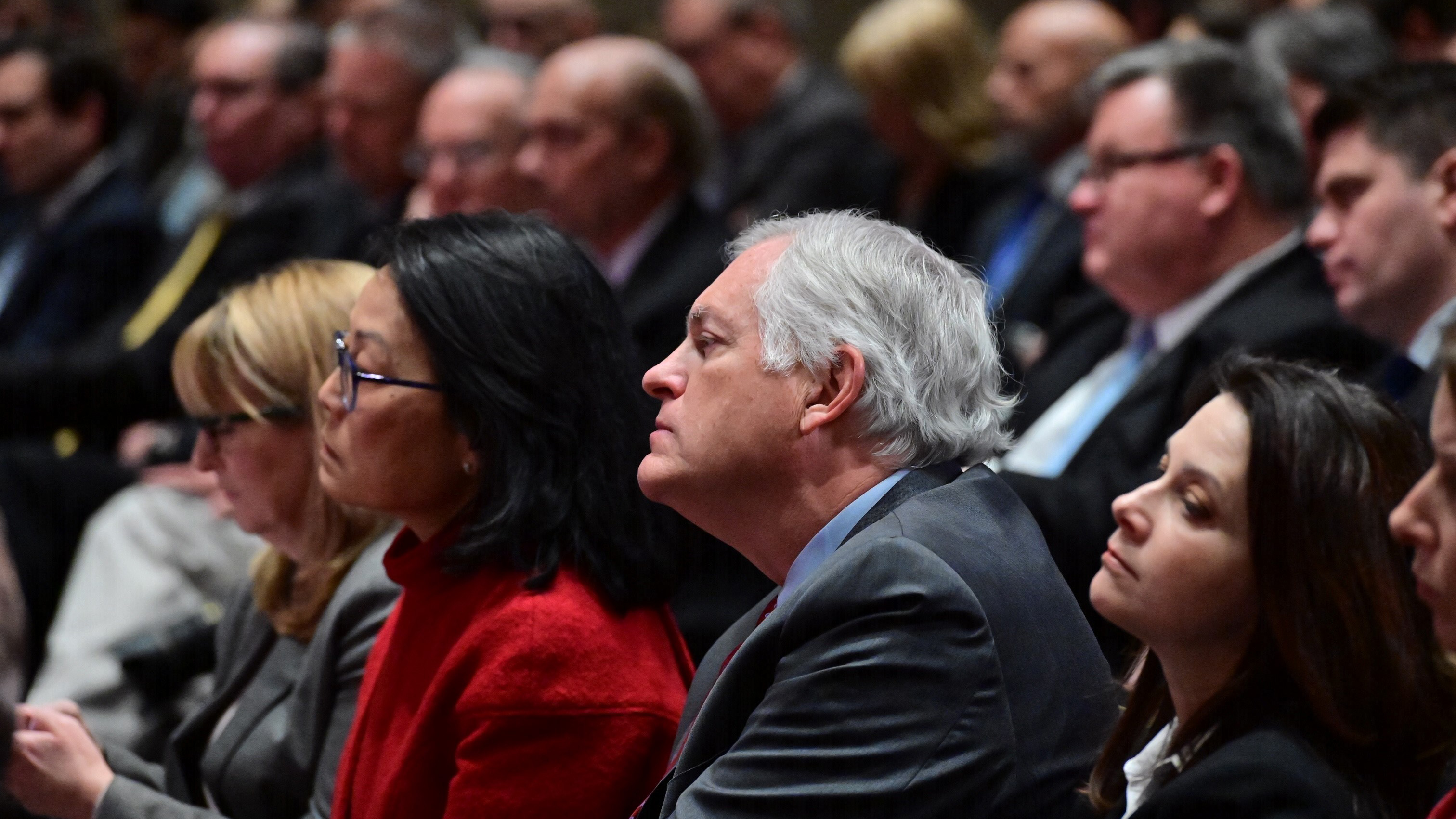 GAMA’s 2018 Annual Report offers statistics aficionados a more nuanced view of the market dating back decades, and a perspective on the value of innovation. Cirrus Aircraft sold 380 piston models in 2018, both the continuation of a long-lived trend and, perhaps, evidence of the rewards of producing innovative products. Cirrus’ piston sales dwarf the competition, nearly surpassing the combined total of Textron Aviation’s 227 piston sales (including Beechcraft and Cessna models) and Tecnam’s 180 piston deliveries.

Cirrus issued its own press release Feb. 20, touting steady growth of both the pistons that put the company on the map, and the single-engine Vision Jet, which logged 63 deliveries in 2018, fast approaching 100 SF50s in service.

“Our annual performance at Cirrus Aircraft demonstrates our long-term commitment to continued core growth, our disciplined approach to maturing our turbine product line, the expansion of Cirrus Services and another year that validates our customer-focused enterprise strategy,” said Todd Simmons, president of customer experience at Cirrus Aircraft, in a news release.

Piper led the league in year-over-year piston sales growth in percentage terms, surging from 108 to 173 aircraft sold, a total that includes 107 Archers and 59 piston twins. Diamond Aircraft slipped slightly, delivering 134 airplanes, down from 137 shipped in 2017. Piper’s increasing traction in the training market may be bad news for Cessna- and Beechcraft-branded pistons, which have declined sharply since 2006 when those brands accounted for 983 annual piston sales.

Travel back in time farther still, and 1978 stands out as the high-water mark for American-made airplane shipments overall (17,811), and pistons in particular (17,032). The industry has since shifted most of the new product development dollars toward the far more profitable turbine models, with piston aircraft occupying ever-smaller slices of the pie. Even Cirrus, which has posted steady growth in SR-series sales in recent years, has yet to see sales recover to the pre-recession high of 721 SR-series aircraft delivered in 2006.

Textron discontinued the TTx (formerly the Columbia 400) in February 2018, logging just one sale of the piston speedster for the year. Foley noted that this effectively marked the end of Textron’s effort to compete for new piston sales at the high end of this segment that Cirrus dominates.

“They seem to be putting more focus on the big dollar items,” Foley said, referring to Textron’s business jets in particular.

Textron’s turbine models have meanwhile logged relatively steady increases since the post-recession low point of 178 business jets sold in 2010, and Foley said the Citation Longitude, one of several new business jets expected to reach the market this year, should help continue the trend. Overall, turbine aircraft account for about $19.7 billion of the $20.6 billion in total aircraft billings for 2018, so that’s clearly where the money is. 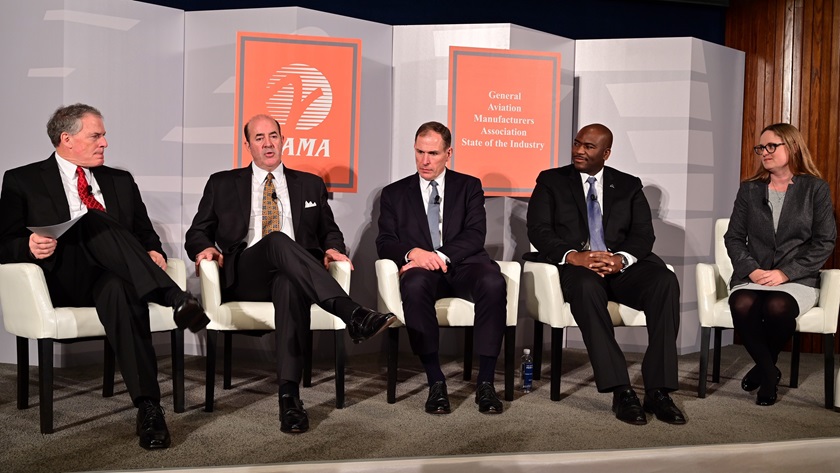