Get the app Get the app
Already a member? Please login below for an enhanced experience. Not a member? Join today
News & Media ADS-B: Incognito

As the January 2020 mandate for Automatic Dependent Surveillance-Broadcast (ADS-B) installation moves closer, aircraft owners are becoming more vocal about privacy concerns surrounding the technology. ADS-B uses GPS satellites to determine an aircraft’s position, and then transmits it to FAA ground stations and other aircraft. It is a key technology behind the agency’s Next Generation Air Transportation System, and the FAA has mandated ADS-B Out for flight after January 1, 2020, generally in airspace where a transponder is required today. 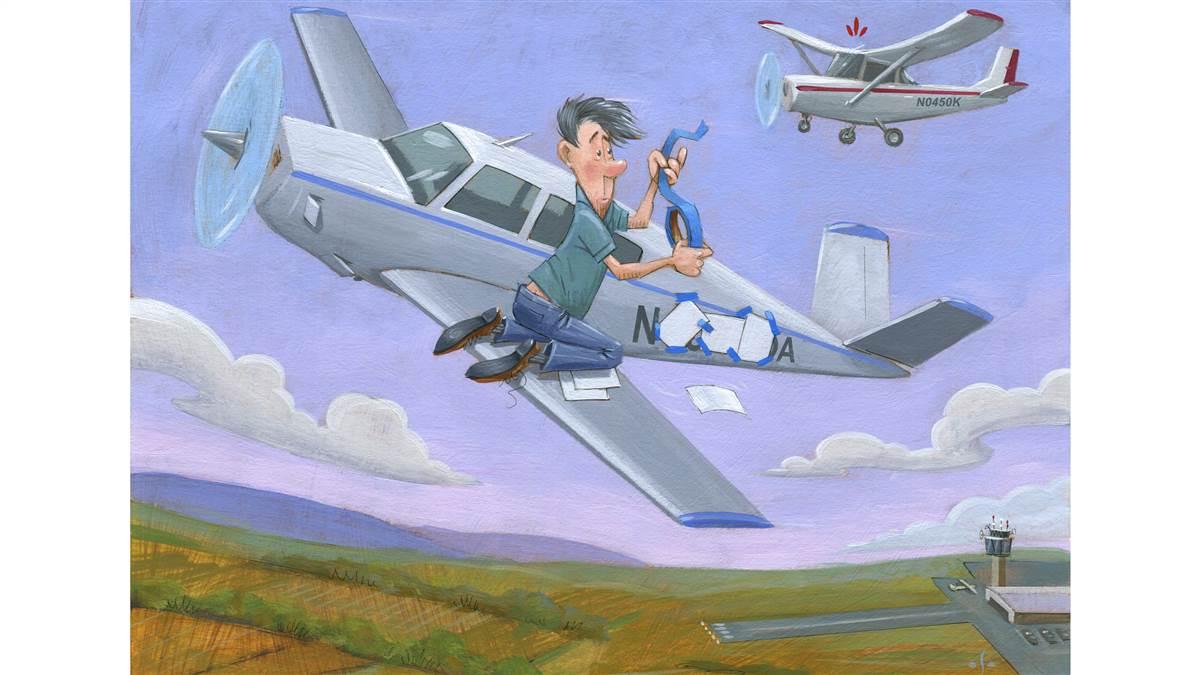 “AOPA understands privacy has become a leading concern for many general aviation pilots deciding whether to equip with ADS-B and, should they decide to equip, which system to install,” said Rune Duke, AOPA senior director of airspace and air traffic.

ADS-B technology also allows third parties to track ADS-B Out-equipped aircraft, including those squawking a 1200 VFR transponder code, and display aircraft identification to the public in real-time. These privately operated networks bypass the established Block Aircraft Registration Request program, administered by the National Business Aviation Association, and the FAA’s Aircraft Situation Display to Industry data stream. Some of these networks charge operators who wish to remove their aircraft from display to the public.

An aircraft operator equipped with a 978-MHz Universal Access Transceiver (UAT) for ADS-B Out can, if the hardware supports it, select its anonymous mode during certain operations. Under the rules, the aircraft must transmit its registration number or the call sign filed on the flight plan “except when the pilot has not filed a flight plan, has not requested ATC services, and is using [an approved UAT transmitting a self-assigned temporary ICAO code].”

Most aircraft receiving ATC services squawk a discrete transponder code, which normally disables the anonymous mode. However, an aircraft that has filed a flight plan—even if it is squawking 1200 and not receiving radar services—cannot, under the rules, utilize the UAT anonymous mode. AOPA has heard from numerous pilots that this limitation on filing a VFR flight plan is onerous and discourages them from equipping with ADS-B, or from filing a VFR flight plan, Duke said.

As a result, AOPA has petitioned the FAA for an exemption that would allow use of a UAT’s anonymous mode when a pilot has filed a VFR flight plan, has not requested ATC services, and is operating outside FAR 91.225 rule airspace. AOPA is waiting for the petition to be published in the Federal Register and, following a comment period, expects that the exemption will be granted. As part of the process, the FAA will identify any limitations or requirements that will be imposed on pilots who choose to operate under any approved exemption.

“It is clear that privacy or anonymity must now originate at the aircraft and not from an FAA system downstream,” Duke wrote in the FAA petition. “The UAT ADS-B system with anonymous mode is the only approved method of achieving ADS-B regulatory compliance and an equivalent level of privacy as is available for solely Mode C transponder-equipped aircraft.”

The anonymous mode offered by 978UAT is not an option for all operators, Duke noted—especially for turbine-powered and other aircraft operating above Flight Level 180 or internationally, where a 1090-MHz Extended Squitter (1090ES) transponder is required for ADS-B Out compliance.

Relief for some 1090ES operators is slowly moving closer, Duke said. During early 2018, the FAA sought feedback on the idea of “rolling ICAO codes.” Among the data transmitted by ADS-B Out is each aircraft’s unique International Civil Aviation Organization (ICAO) address, which correlates to the N number of aircraft registered in the United States. A “rolling” code would involve alternative ICAO codes that could be changed by aircraft operators, he explained.

In a December 2018 presentation, the FAA’s Surveillance and Broadcast Services program office gave an update on what it’s now calling Private ICAO Addresses (PIA). Duke said the office has addressed concerns surrounding privacy and data collection, and determined that PIA would not introduce any new hazards to the National Airspace System. The FAA will contract with one or more third-party service providers for a technology demonstration in early 2019.

Melissa Rudinger, AOPA vice president for government affairs, wrote the FAA on the subject last April. “The concept of ‘rolling ICAO codes’ is a promising approach to increasing anonymity for general aviation operators. Rolling ICAO codes refers to the idea of the aircraft emitting randomly assigned ICAO codes that will be changed periodically. In combination with an anonymous call sign, the aircraft would be harder to track,” she wrote. “This is a feasible solution and we look forward to other suggested approaches from vendors as to how to improve real-time privacy of aircraft using ADS-B and Mode S transponders.”

It is important the FAA collaborate with Nav Canada to determine a privacy solution that would be compatible with Canadian airspace, she noted. “The solution must not be onerous for owner-operators to the point that it limits participation, [and] privacy should be available whether or not the pilot is utilizing air traffic services.

Rudinger said that the FAA should continue working with industry to find a long-term solution to encrypting Mode S and ADS-B messages to ensure privacy is being provided automatically at the source. More information about PIA should be available later this year, after the technology demonstration.