Get the app Get the app
Already a member? Please login below for an enhanced experience. Not a member? Join today
News & Media Bell rethinks flight controls

Bell’s Nexus urban air taxi concept emerged as a star of the Consumer Electronics Show, and visitors may have left some data behind that will help shape cockpits of the future. 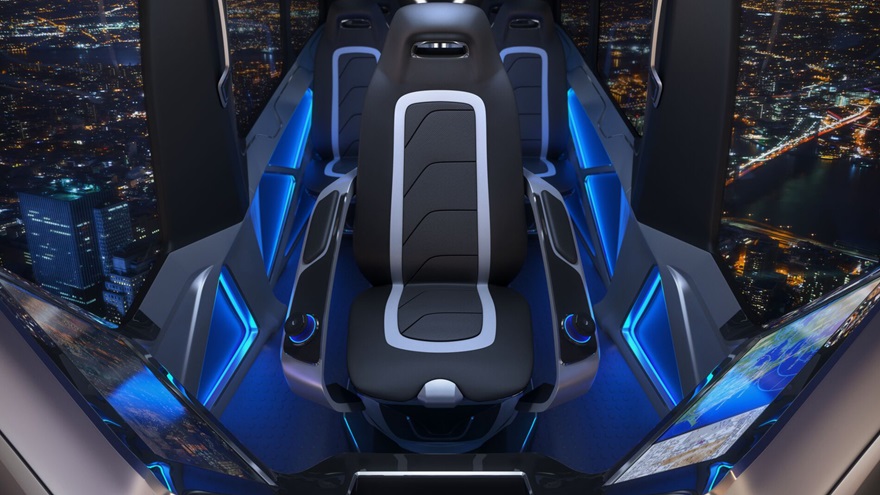 This rendering of the Bell Nexus cabin concept design includes a seat for a pilot with a stick for each hand. Image courtesy of Bell.

“Bell is actively collecting data to help shape the future flight controls of aviation,” Bell noted in a press release. “Data from these simulators will be used to determine what actions and interfaces are intuitive to the average potential operator and what prior experiences and abilities contribute to these opinions.” (Note the linguistic twist from “pilot” to “average potential operator.”)

Bell, unlike some other notable efforts to realize Uber’s vision of rooftop-to-rooftop taxi service, envisions that the first generation of these aircraft able to win regulatory approval will have human pilots seeing and avoiding other aircraft, and responding to unusual situations as needed. Autonomy will come later.

Airbus, which is developing an autonomous air taxi dubbed Vahana, has made a case for full autonomy from the get-go. 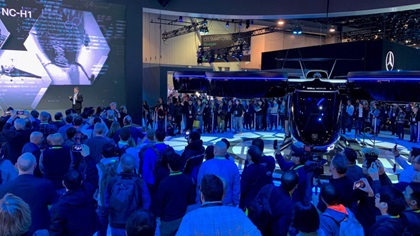 “The advantage of implementing full autonomy over partial autonomy is that there is no need to develop human-machine interfaces, manage complex human psychological issues that arise from handover processes, and there is no concern of the driver becoming complacent,” Vahana project leader Zach Lovering wrote in a recent blog post. “One disadvantage is that the imposed operational constraints also limit operational freedom.”

In other words, Airbus (the Vahana project is led by Airbus’ California-based advanced projects unit) expects constraints placed on where the aircraft can fly will be used to manage risk, as opposed to limited autonomy with more human input and fewer restrictions on where the aircraft can fly. An unmanned-from-the-start approach has the advantage of speeding up aircraft development and requiring less adaptation once autonomy is fully accepted, not to mention the advantage of having one more paying customer aboard each flight.

The race is on: Airbus flew its unmanned Vahana prototype in February 2018. Bell expects to begin flight tests in 2023 of its 6,500-pound aircraft.

Much like consumer drones, which are typically flown with a pair of sticks to control four, six, or eight rotors, the human pilot of the future cannot be expected to control flight as directly as a general aviation pilot typically does today. Imagine having to work six throttles and a tilt control, and the necessity for a computerized fly-by-wire system becomes obvious. Exactly how the human will interact with that system remains, if you will pardon the pun, a bit up in the air. Bell’s initial design notably includes a pair of sticks.

“Urban air travel is coming closer to the masses through recent advancements in technology and software,” Bell wrote in the news release. “The critical last step is designing a flight control ecosystem that allows individuals to safely and efficiently operate urban air vehicles.”

Bell is collaborating with several large firms to develop the Nexus into a flying prototype, and, eventually, a commercial vehicle. Garmin is supplying avionics and integration, and Safran and Electric Power Systems (EPS) are working on propulsion and energy storage, respectively. Thales is designing the flight control hardware and software, and Moog is working on the flight controls. This last name may not be as familiar as the others, but Moog has been around since 1951 and designed control systems for a long list of military and commercial aircraft, as well as spacecraft, medical equipment, and other applications.

This group is collectively betting that human pilots will remain in command for years to come, though the flight controls (also known as the human-machine interface) appear to be leaning toward a setup that is very drone-like. 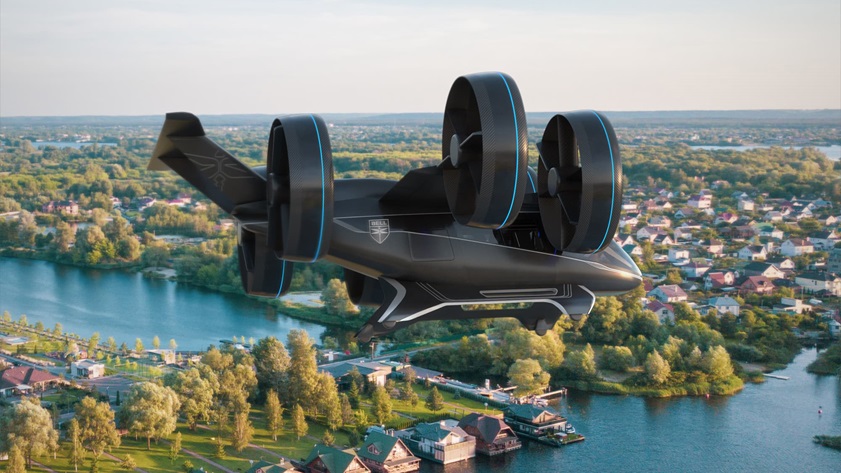