Two pilots reported seeing a drone at 3,500 feet near Teterboro Airport in New Jersey on Jan. 22, prompting a ground stop at nearby Newark Liberty International Airport. The disruption, weeks after reported drone sightings led to chaos at a British airport, highlighted the lack of established procedures to respond to a real or perceived drone threat to air safety. 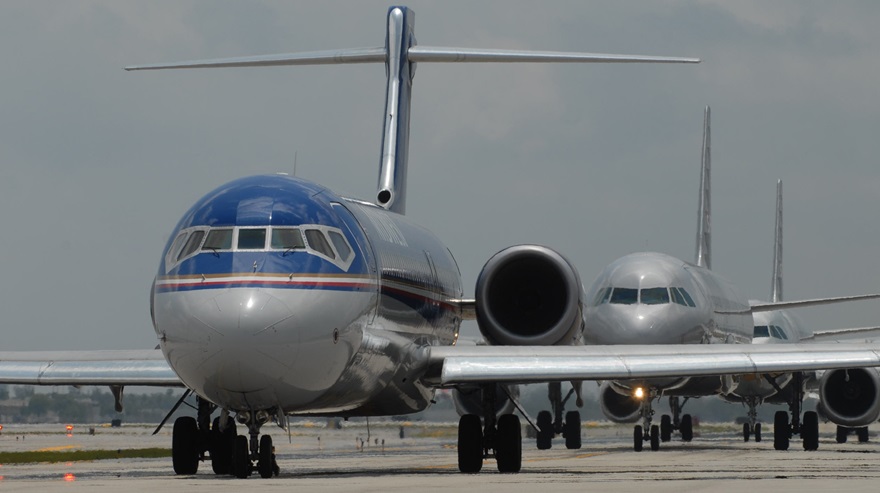 Two flights approaching Teterboro Airport reported seeing an object at 3,500 feet that “looks like a drone,” ABC News reported based on air traffic control audio posted online. One pilot reported a near miss: “Missed the drone by about 30 feet off our right wing,” ABC News quoted the radio transmission retrieved from LiveATC.net.

The sightings, reported around 5 p.m. on Tuesday, prompted a temporary halt to takeoffs at Newark, and inbound flights were placed in holding patterns, at least one diverting to Philadelphia. Some flights destined for Newark were held at their departure airports. Newark resumed normal operations shortly after 7 p.m., the airport management announced on social media.

AOPA Senior Director of Airspace, Air Traffic, and Aviation Security Rune Duke said there are reasons to question whether the pilots who reported the drone actually saw a drone, or some other object. The sightings were reported around sunset at an altitude that drones are capable of reaching, though most popular models have factory programmed altitude limits designed to keep them far lower than 3,500 feet. Similar limits known as “geofencing” are designed to prevent operations near airports, and these electronic measures are difficult to circumvent. Duke said objects seen from an aircraft in flight in fading light can be difficult to reliably identify.

The FAA Unmanned Aircraft Safety Team (UAST) studied thousands of drone sighting reports submitted to the FAA by air crews, passengers, and others through March 2017, and concluded that while some likely represent an unacceptable risk, many (if not most) are inconclusive. The UAST analysis reached no conclusions about the level or risk posed by drones to other air traffic, in part because the data available was inconsistent and not standardized.

Duke said the Teterboro sightings and the response by ATC personnel highlight an urgent need to create established procedures to deal with similar situations at airports around the world. The UAST, of which AOPA is a member, met Jan. 23, but FAA personnel were unable to participate due to the ongoing federal government shutdown.

“Unfortunately, those people are furloughed,” Duke said. “We need to get together and solve this soon.”

The federal government shutdown began about the time that reported drone sightings around Gatwick Airport disrupted the holiday travel plans of about 140,000 passengers and brought Britain’s second busiest airport to a standstill for around 36 hours. Duke said the absence of key FAA personnel due to the shutdown hampered efforts to study what happened at Gatwick and establish procedures to respond to drones flying dangerously close to other airports. (British authorities have yet to solve the mystery surrounding the reported drone sightings, or confirm that drones were actually present.)

The New York Times reported that local police with jurisdiction over the area surrounding Teterboro had not been informed of the incident on Jan. 22. It is unclear who is investigating, or what could possibly be learned from an investigation. There is currently no technology in place to reliably track and identify small unmanned aircraft, though DJI, the Chinese drone maker that sells about 75 percent of the small, consumer-friendly drones flown today, has a system called AeroScope that can track and identify DJI-made drones. This and other technologies have several limits, and none are in widespread use around airports.

DJI issued a statement Jan. 11 responding to the reported drone sightings around Gatwick and other airports, urging caution and noting that in many cases drone sighting reports ultimately were found to be cases of mistaken identification.

“This recent rash of unconfirmed drone sightings may reflect the power of suggestion more than actual use of drones at airports,” said DJI Vice President of Policy and Legal Affairs Brendan Schulman, in the news release. “As more airports and airlines use drones for their own inspection, surveying and security purposes, aviation stakeholders must determine how to respond to drone sightings in ways that help ensure safety but cause the least disruption. DJI stands ready to assist the industry with this important work.”

DJI spokesman Adam Lisberg, in an email conversation Jan. 23, confirmed that AeroScope remains capable of detecting DJI-made drones exclusively. He also noted that DJI drones are limited by software to flying at 400 feet or below, though users can override that limit up to an altitude of 500 meters (1,640 feet), to allow for operations in mountainous terrain. Drones are required to remain at or below 400 feet agl under FAA rules, though they can fly higher in the vicinity of towers, buildings, and other structures, provided they remain within 400 feet of the highest obstruction within 400 horizontal feet.

Lisberg acknowledged that even the 500-meter limit can potentially be overridden by a sophisticated user, but “we don’t encourage or support that.”

“Two drones at once. In the dark. At 3500 feet altitude. It’s very cold outside, below freezing; not the kind of weather for flying drones. This is just not credible.”

Duke said recent airport and air travel disruptions bring into sharp relief the need to establish clear communication plans and procedures at all airports, and involve local law enforcement as well as airport management, ATC personnel, and other stakeholders in the process so that there is clear guidance on how to proceed if and when someone spots what they believe to be a drone flying in an area that puts others at risk.

“That’s been what we’ve been working on,” Duke said, referring to the FAA UAST, though he noted that FAA personnel have not been able to participate in the more recent conversations due to the government shutdown.