AOPA is pressing the FAA to stay on task with its evaluation of obstruction hazards at a time when energy and communications companies are setting up increasing numbers of towers and other infrastructure in navigable airspace. 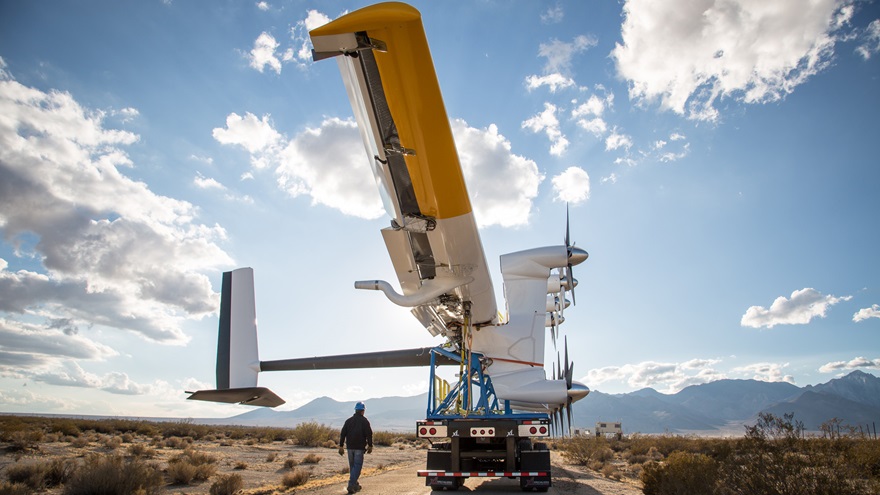 The Makani M600 has a wingspan of just over 85 feet. Photo courtesy of X Development.

The expanding airspace penetration of new and frequently unmarked objects is pressuring the agency’s obstruction evaluation group to keep up with its regulatory responsibilities to preserve safety in the airspace. The 138,258 evaluation cases the FAA handled in the first seven months of 2018 surpassed the 137,472 cases evaluated in all of 2017. The 2017 caseload represented a 70-percent increase over the previous five years’ totals, said Rune Duke, AOPA senior director of airspace, air traffic, and aviation security.

The caseload isn’t the only challenge. As technology evolves, some structures—the towers that support wind turbines, for example—are getting taller, some as high as 600 feet agl and with longer blades to generate more electricity.

Even the FAA’s own technological initiatives are raising obstruction-evaluation questions. In 2018, AOPA became aware that the FAA was not reviewing obstacles for their impact on the ground-based transceiver components of the NextGen navigation system’s Automatic Dependent Surveillance-Broadcast network. (The FAA does review the impacts on radar sites, Duke said.)

To highlight the concern, AOPA submitted a letter noting that discrepancy in an obstruction-evaluation case, pointing out how it “exemplified how the oversight could have a negative impact on a core NextGen system,” he said.

“We are also aware FAA does not have a strong process in place to review obstruction evaluation cases’ impact on Nexrad locations; something we believe the FAA needs to correct,” he added.

According to the National Oceanic and Atmospheric Administration, wind turbines “can impact the Nexrad radar base data, algorithms, and derived products when the turbine blades are moving and in the radar’s line of sight (RLOS); and, if turbines are sited very near to the radar their large nacelles and blades can also physically block the radar beam or reflect enough energy back to the radar to damage the radar’s receiver hardware.”

Pilots and the evaluation process

When the FAA determines that a proposed structure could affect an airport or aviation’s safety, it seeks comments from the public, at which time the case is referred to as “circularized.”

Pilots can learn about obstruction evaluations and how they can participate in aeronautical studies by reviewing this AOPA fact sheet.

AOPA’s Pilot Information Center reviews all circularized cases in the National Airspace System and submits comments on those that pose a hazard for general aviation. More than 600 cases come to AOPA’s attention annually, with dozens generating comments from AOPA. Most proposed obstructions are of low height and do not pose an aviation hazard, Duke said.

In 2011, the FAA solicited public comments as it pondered a policy for dealing with airborne wind energy systems (AWES), a tethered kite-like device designed to harness energy from high-speed winds well above the surface. In a regulatory filing, AOPA noted that for permanent installations exceeding 2,000 feet agl, “more data are needed to evaluate the impact on existing operations in the National Airspace System,” including VFR aircraft.

One notable project is moving forward. Last November, Makani Power of Alameda, California, a developer of airborne wind turbines supported by Google X and the U.S. Department of Energy, took action on a full-scale demonstration project in Hawaii.

According to the Makani website, its “energy kite” consists of “an aerodynamic wing tethered to a ground station. As the kite flies in loops, rotors on the wing spin as the wind moves through them, generating power that is sent down a tether to the grid.”

The energy kite was unlit, however—an issue the FAA coped with by imposing a temporary flight restriction (TFR) that lasted about two months.

“AOPA met with FAA leadership in December to discuss this project and how to ensure this future technology will be safe,” Duke said, adding that AOPA “objected to the duration of the TFR,” and called for “clearer communication” with aviation stakeholders before future tests.

“Both Makani and the FAA are continuing to work on a resolution to this new emerging technology,” Duke said. “As with any new technological advancements, there is a learning curve. The Obstruction Evaluation Group will continue to collaborate with the sponsor to find an acceptable marking and lighting design.”

Dan Namowitz has been writing for AOPA in a variety of capacities since 1991. He has been a flight instructor since 1990 and is a 35-year AOPA member.
Go to Dan Namowitz's Profile
Topics: Advocacy, NextGen