Get the app Get the app
Get the latest news on coronavirus impacts on general aviation, including what AOPA is doing to protect GA, event cancellations, advice for pilots to protect themselves, and more. Read More
Already a member? Please login below for an enhanced experience. Not a member? Join today
News & Videos FAA explains how, when to use clearance delivery phone service

Editor's note: [Editor’s note: This story was updated July 15 to correct inaccurate information in an FAA publication regarding phoned IFR flight plan cancellations. They are still being accepted by Flight Service under the service changes described here . AOPA regrets the error.

When the FAA ended the practice of relaying IFR clearances between pilots and air traffic control through Flight Service at locations where direct radio contact between an aircraft and ATC is not possible, numerous pilots asked AOPA for more information about using the new direct phone numbers to ATC pilots must call instead. 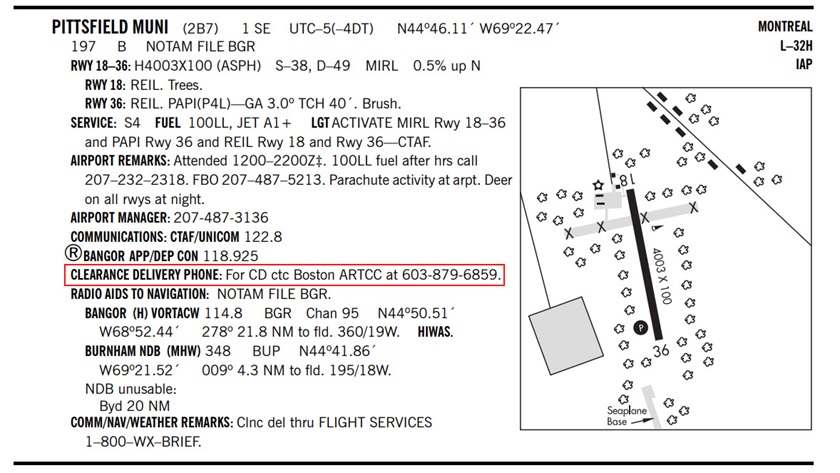 Rune Duke, AOPA’s senior director of airspace, air traffic, and security has been working with the FAA to address pilots’ questions. He offers these pointers about which airports are affected, and what to do under the clearance-delivery modernization under which the changes are taking place.

Pilots can start by becoming familiar with the communications facilities in use at the airports they use.

The main change to note is that Flight Service outside of Alaska no longer relays clearances to pilots from ATC, although Flight Service will continue to accept phoned IFR fight plan cancellations in places or at times when it is not possible to call ATC on the radio before takeoff or after landing. Information published by the FAA Safety Team telling pilots that phoned IFR flight plan cancellations would no longer be accepted by Flight Service was incorrect, an FAA official told AOPA on July 15.
Instead of clearance relays through Flight Service, phone numbers are being added to airport listings in the chart supplement (formerly the airport/facilities directory) for pilots to use to call ATC to receive clearances. Look for a line in the airport listing headed “Clearance delivery phone” at airports where the service is available.

Duke explained that if no clearance delivery phone number is published for your airport, it is because the FAA is not currently publishing the number if the airport has a radio frequency located on the field for pilots to contact the tower, approach control, air route traffic control center, or Flight Service. However AOPA has requested that the FAA agree to publish clearance delivery phone numbers for locations with remote communications outlets (RCOs) or ground communication outlets (GCOs), or airports without full-time tower operations, “to ensure that a backup communication method is listed.”

What if an RCO or GCO goes out of service? Duke says the notice to airmen about the outage will include a clearance delivery phone number to use until service is restored to the communications outlet.

Beginning in October, the chart supplement will also include backup clearance delivery phone numbers for all airports with an RCO, GCO, or remote transmitter/receiver to use if the radio communications become unavailable.

Leidos, the FAA’s flight service contractor, also can provide pilots with the name and phone number of the facility to contact.

AOPA encourages pilots to email us their questions or comments on the clearance delivery update.

“So far the feedback has been largely positive about this change. Possibly the time and cost incurred by pilots because of delayed clearances is going down now that the middleman—Flight Service—is eliminated and pilots can talk directly with the controller,” Duke said.

The changes to the clearance delivery system do not affect pilots operating in Alaska.