Get the app Get the app
Already a member? Please login below for an enhanced experience. Not a member? Join today
News & Videos Training Tip: A short success story
Sponsored by Aircraft Spruce

This may sound like a crazy idea, but the next time your flight lesson calls for practicing short-field landings and takeoffs, why not go to a short field? 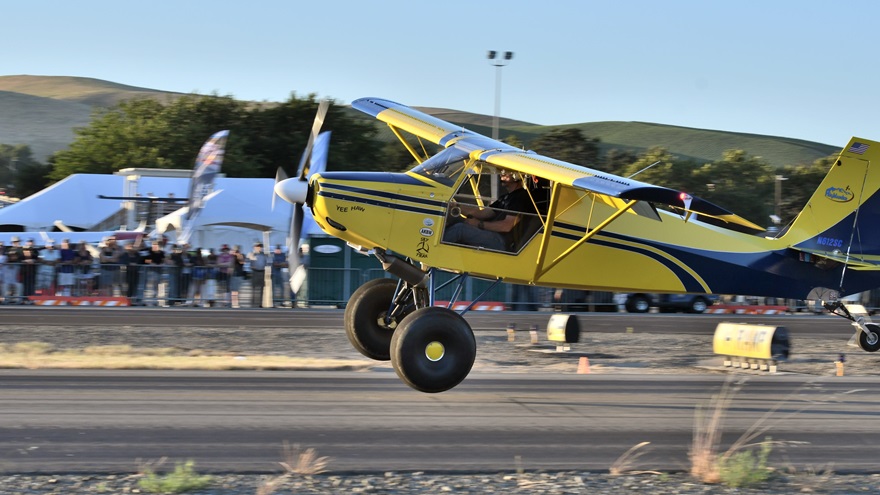 That’s not essential for learning the extremely practical and rewarding—and testable—short-field skills, but there’s nothing like the real deal to help you fully appreciate the method.

Some student pilots train a long way from the nearest short field and don’t want to cramp their instructional budget commuting. If that’s you, another procedure is to designate a point on your regular runway at a known distance from the approach end and endeavor to stop before reaching it. A convenient version of this method is possible if another runway intersects yours at a reasonable distance from the approach end. (See Runway 22 at this airport, where you would  plan to be down and stopped before the intersection—and if you can’t, you would go around.)

The short-field approach and landing is Task F, Area of Operation IV, of the Airman Certification Standards for the Private Pilot-Airplane certificate.

The appreciation pilots hold for the short-field arts has evolved to the point that expert demonstrations are becoming favorite attractions at airshows including AOPA’s recent fly-ins in Frederick, Maryland, and Livermore, California.  Real crowd-pleasers are those aircraft designed or modified for touching down on truncated turf, and perhaps you are familiar with aircraft with great “STOL” characteristics. The acronym stands for Short Takeoff and Landing, but even a standard production airplane can produce excellent results with a practiced performer flying.

Techniques and configurations vary among aircraft. Typical of the trainer universe is the Cessna 152: The short-field landing procedure for a 1980 example calls for full flaps (30 degrees) and airspeed of 54 knots—slightly slower than the bottom of the airspeed range for a normal landing. After touchdown the checklist calls for applying brakes “heavily,” and retracting flaps. (Can you explain why that’s different from a normal landing, in which retracting flaps is not mentioned?)

The practical test rendition of a short-field landing involves touching down “at a proper pitch attitude within 200 feet beyond or on the specified point, threshold markings, or runway numbers, with no side drift, minimum float, and with the airplane’s longitudinal axis aligned with and over runway centerline.” It notes that the pilot should use the aircraft maker’s “recommended procedures” for configuration and braking.

Checkride performance is important now, but later, your short-field capabilities can open up new possibilities for travel and offer access to destinations difficult or impossible to reach by other means.