Get the app Get the app
We will be performing maintenance on our systems Sunday, 8/21, beginning at 12:00 A.M. ET and ending at 6:00 A.M. ET. During this time, you may experience intermittent service outages. We appreciate your patience.
News & Media Space-based ADS-B is ready for liftoff... but are pilots?

Space-based ADS-B is ready for liftoff... but are pilots?

The FAA is seeking input from general aviation pilots on how to maximize the capabilities and minimize the limitations of space-based Automatic Dependent Surveillance-Broadcast. 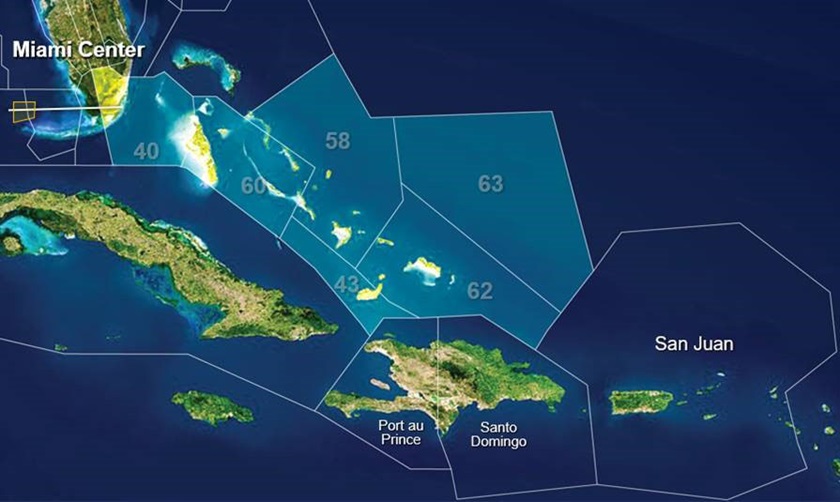 The technology is a game-changer for safety and situational awareness, particularly over water. While spaced-based ADS-B is the way of the future for many remote areas, some challenges remain to make the technology as broadly accessible (and useful) as possible.

Like ADS-B we’ve been hearing about for the past decade, spaced-based ADS-B uses global positioning technology to determine an aircraft’s precise location, speed, and direction, and these values are updated every eight seconds. However, in remote locations and oceanic airspace, the signal can be picked up by low-Earth-orbit satellites and the position relayed to air traffic control. In traditional ADS-B, the position data broadcast by each aircraft is relayed to air traffic control through ground stations.

The space-based system the FAA plans to begin testing in March 2020 in the Caribbean is only compatible with 1090 MHz systems, and may require aircraft to be equipped with top-mounted antennas, potentially leaving portions of the GA fleet with inconsistent tracking. The ADS-B system over the United States requires only a bottom-mounted antenna to be received by the ground stations and the signal can be either 1090 MHz, or from a 978 MHz Universal Access Transceiver (UAT).

“We need the help from pilots who fly in the Caribbean to ensure the space-based ADS-B system will meet general aviation’s needs,” said Rune Duke, AOPA senior director of government affairs. “Technical limitations may limit participation so we need pilots who fly in the Caribbean to send us some limited information so that the equipage in the airspace can be assessed, the resulting potential Space based ADS-B performance impact can be determined, and any necessary mitigations can be identified.”

This is an opportunity for the FAA to gather information on GA equipage and antenna locations, and the agency is working with AOPA to further assess the diversity antenna requirement for both top- and bottom-mounted antennas. To make things more complicated, the Caribbean’s location near the equator leaves the Aireon polar orbiting satellites with the thinnest constellation, making it a challenge for the satellites to pick up GA aircraft.

With a network of 66 primary and 9 backup satellites, there’s no question that Aireon’s spaced-based ADS-B benefits airlines, controllers, and passengers with the ability to save time, fuel, and emissions. Air traffic controllers will also be able to reduce aircraft separation distances from 40 nautical miles to as few as 5 nautical miles, offering more flexibility to accommodate an increasing volume of air traffic. The technology also would allow for increased safety and improved search-and-rescue response.

Despite the benefits of space-based ADS-B, the antenna diversity issue remains. AOPA has been working with the FAA to ensure the system is able to accommodate all 1090ES-equipped GA aircraft.

If you are a GA pilot operating around Caribbean airspace, particularly in the Miami Offshore airspace, located between the Florida peninsula and San Juan airspace, AOPA wants to hear from you. Participation only requires sending a single email and will only take five minutes. The information provided will be used to assess space-based ADS-B detection performance. Please email the below information:

This information will be used solely for evaluation of space-based ADS-B performance. Emails should be received by Aug 1.

The area of interest includes the Miami Offshore sectors between the Florida peninsula and San Juan airspace.