Senators Jim Inhofe (R-Okla.) and Angus King (I-Maine.) introduced the Promoting the Launch of Aviation’s Next Era (PLANE) Act of 2019, S.2198, on July 23. The bipartisan legislation will benefit general aviation by empowering pilots, investing in airports, and ensuring opportunities for a sustainable, well-trained workforce.

The PLANE Act of 2019 has the support of AOPA and 12 other aviation stakeholder groups who sent a July 22 letter in support of the new bill.

With a growing demand for aviation jobs and Boeing’s Pilot and Technician Outlook predicting a need for more than 800,000 new pilots and 750,000 new aviation technicians in the next 20 years, the PLANE Act addresses challenges within the industry. 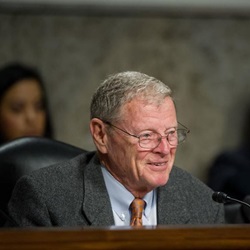 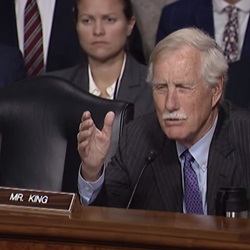 In the letter, the groups wrote, “While almost 50,000 more pilots have joined the aviation community since 2016, pilots continue to face challenges and barriers to flying. This legislation keeps individual pilots in the left seat by empowering their engagement with the Federal Aviation Administration regarding their airman certificate, medical certification, or when the aviation community is subject to FAA rulemaking.”

The legislation allows for more transparency by ensuring that the NTSB has the authority to review the denial of an airman medical certificate by the FAA, an airman may reapply for a certificate without an unnecessary wait period, and FAA designees are allowed the same due process protections enjoyed by pilots.

The PLANE Act also notes the importance of GA airports by ensuring that existing funding is directed to airports for which it was intended, and the bill would provide for the designation of some airports as disaster relief locations.

AOPA President Mark Baker thanked the senators for introducing the much-needed legislation. “Sen. Inhofe has been a longtime supporter of general aviation and we thank him and Sen. King for their relentless work.”

Inhofe, a longtime pilot and ally of GA will be highlighting the PLANE Act at his Congressional Forum at EAA AirVenture in Oshkosh, Wisconsin, on July 27 at 10 a.m. in Forum Building 1.

"The PLANE Act truly sets a positive path for the future of the aviation industry," Inhofe said. "This legislation enhances legal protections for pilots that must contend with the federal bureaucracy, requires additional transparency when FAA makes decisions impacting aviation stakeholders and promotes investment at general aviation airports—the backbone of our national aviation system.”

King also spoke of the bill’s importance to local economies, such as his home state of Maine:

“For rural Maine communities, general aviation is a vital lifeline—both literally and economically. This legislation would make important investments in this pillar of our nation’s transportation system and would cut through bureaucratic burdens, so these airports, the men and women who operate them, and the pilots who travel to and from them can continue providing vital services to rural Maine people.”