Get the app Get the app
Already a member? Please login below for an enhanced experience. Not a member? Join today
News & Videos Australia, New Zealand develop satellite-based augmentation

Affiliates of the International Council of Aircraft Owner and Pilot Associations (IAOPA) in Australia and New Zealand are helping to drive technology upgrades as the two countries develop a satellite-based augmentation system (SBAS) that adds vertical guidance to GPS instrument approaches for general aviation. 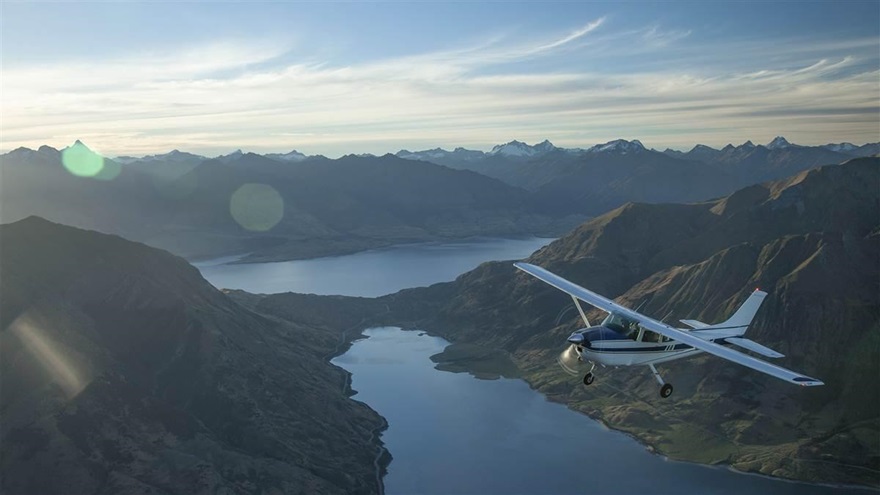 SBAS is analogous to the Wide Area Augmentation System (WAAS) in the United States, and the lack of it outside major airports has left Australia and New Zealand “well behind” comparable countries, according to one GA advocate.

To remedy that trend, the aircraft owner and pilot associations of Australia and New Zealand and the Australian Business Aviation Association have become strong advocates of implementing SBAS in making their case to government officials and regulators in both countries, and service providers, said Andrew Andersen, co-chair of the industry organization Australian Strategic Air Traffic Management Group’s SBAS subgroup and a former president of AOPA Australia.

Andersen has worked on the project for more than four years in cooperation with Ian Andrews, former president of AOPA New Zealand, Phillip Reiss, Pacific Region Vice-President of the International Council of Aircraft Owners and Pilots Associations (IAOPA) and past president of AOPA Australia, and David Bell, CEO of the Australian Business Aviation Association.

As the “large and complex” project to establish SBAS for use by a multitude of industries is being implemented by the public-sector organization Geoscience Australia, the pilots’ groups “have all been pushing hard for aviation to be active in the project,” Andersen said in an email.

“We therefore got a great boost the other day when the Minister here announced that he was including the facilitation of regulatory support for SBAS in the formal Statement of Expectations for the Australian Civil Aviation Safety Authority,” he said in a July email.

Australia’s decision to fund $160.9 million in the 2018-19 budget period to develop operational SBAS was followed by New Zealand also committing funding for the project.

She explained that SBAS will give many airports in both countries “instrument approaches with vertical guidance to performance levels comparable an ILS, but without the cost of the ILS equipment or associated infrastructure. This will make GA flights under the IFR safer and more efficient.”

“Because the aviation uses of SBAS are just a small part of the benefits available to all industries in both countries, the infrastructure will not incur additional costs for the aviation industry,” she added.

‘Cooperation across the ditch’

In New Zealand, Andrews emphasized the effectiveness of the two countries’ combined efforts to establish SBAS as industries across the board come to rely on its accurate position information to advance their efficiency and innovation.

“Beyond the immense safety benefit that it will bring to pilots, approval of the project demonstrates what we can achieve if we work together, not just with other New Zealand aviation associations, but with our cousins across the ditch in Australia as well,” he told Ballantyne.

Of the more than 25 testbed projects Geoscience Australia designed to examine data on SBAS technology, Airservices Australia, the country’s air navigation service provider, took on the aviation-related trials “to illustrate the safety and efficiency of SBAS to airlines, regional/general aviation, and medivac operations,” the agency said on its website.

The trials, initiated in June 2018, collected data on three generations of SBAS technology and included SBAS-enabled approaches to airports in Mount Hotham, Wagga Wagga, Benalla, and Canberra. “Early indications suggest that the business case for SBAS is strong. However, Airservices needs to confirm its safety, reliability and efficiency working with Geoscience and the Australian Strategic ATM Group (ASTRA) over the coming months,” it said.

In his interview with Ballantyne, Andersen noted that the stakeholders of the ASTRA SBAS subgroup were providing input on “the specifications and implementation project for SBAS.” Geoscience Australia is responsible for delivering the system and “is keen to get input from the aviation industry,” he added.

IAOPA’s Reiss told Ballantyne he credited the Australia and New Zealand AOPAs’ representatives with laying groundwork years ago for the efforts now to catch up to the “comparable countries in Europe and North America” that have implemented SBAS-equivalent technology such as WAAS.

Reiss ventured a forecast that SBAS will “will deliver great benefits to the whole aviation industry, and especially the pilots and operators of general aviation and business aircraft that fly IFR.”