Get the app Get the app
Get the latest news on coronavirus impacts on general aviation, including what AOPA is doing to protect GA, event cancellations, advice for pilots to protect themselves, and more. Read More
Already a member? Please login below for an enhanced experience. Not a member? Join today
News & Videos Milestones: Extraordinary times 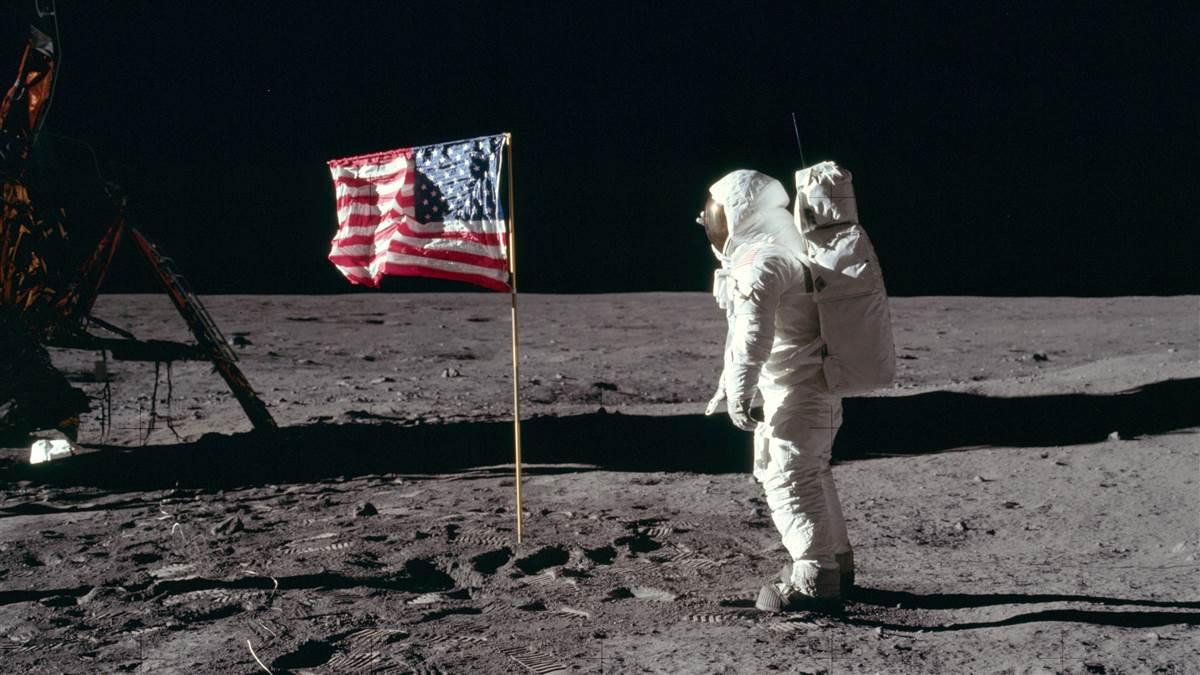 Apollo 11 lands on the moon.

“Here men from the planet Earth first set foot upon the moon July 1969 A.D. We came in peace for all mankind.” —The sign left on the moon's surface by the Apollo crew.

These men are the only people in history to have set foot on an astronomical object other than Earth:

Editor in Chief Thomas B. Haines described the honor of interviewing some surviving members of this list in “Waypoints: Hero Worship” July 2012 AOPA Pilot.

‘Apollo 11’ the movie
Based on more than 11,000 hours of voice recordings and newly discovered 65-millimeter film footage, the documentary film Apollo 11 was released May 14 on Blu-ray, DVD, and digital, and can be seen at select theaters nationwide. Directed by Todd Douglas Miller, the film stars Buzz Aldrin. Aldrin and Neil Armstrong were the first men to walk on the moon.

From those first steps on the moon to the space shuttle program and the planned journey to Mars, NASA’s exceptional achievements have inspired humanity to look beyond the limits of Earth’s atmosphere. But NASA’s work is about more than space. Included in the agency’s establishing document, the Space Act of 1958, is a provision that NASA’s work should benefit all mankind. So far, it has.

NASA’s “spinoffs” to society—technology developed for NASA’s unique missions but beneficial and applicable to the wider world—go far beyond astronaut ice cream and memory foam mattresses. Aeronautics is part of its name, so it should come as no surprise that NASA’s research and development has directly improved general aviation.

In the late 1980s, NASA’s Langley Research Center studied wing design to develop high-efficiency civil aviation wings that could land and take off in shorter distances and stall at a lower airspeed. This research has been used in the development of short takeoff and landing (STOL) aircraft and in STOL kits. Engineers at Langley also helped develop the space shuttle.

In the 1970s and 1980s, the number of stall-spin accidents was higher than it is today. At that time, NASA began the General Aviation Spin Program, which used extensive testing to develop guidelines for designing more spin-resistant aircraft. The Spin Program’s work has led to more stable aircraft today and safer designs for the future—the Icon A5 is a notable product of that research.

These are just a few examples of NASA’s contributions. NASA has always accepted challenges that press the limits of what is possible. As President John F. Kennedy said in his speech at Rice University in 1962: “We choose to go to the moon in this decade and do the other things, not because they are easy, but because they are hard.”

For what you’ve done so far and for what is yet to come: Thanks, NASA.

Alicia Herron is an aviation writer for the AOPA Air Safety Institute. 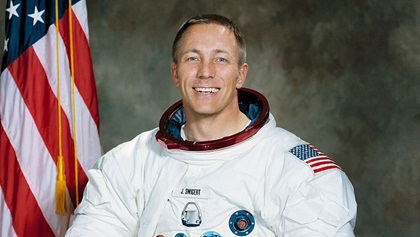 “Houston, we have a problem,” is probably the second most famous quote from the history of American space flight. Neil Armstrong’s “That’s one small step for [a] man, one giant leap for mankind,” would have to be the first.

“Houston, we have a problem”—they are the most famous space words never spoken. The phrase came into popular use after the 1995 film Apollo 13, in which actor Tom Hanks, portraying astronaut Jim Lovell, used those words to report an explosion that crippled the spacecraft and aborted the moon landing.

The actual words were first spoken April 13, 1970, by command module pilot, Jack Swigert, to the capsule communicator, Jack Lousma, but afterward were repeated by Lovell. The actual dialogue was:

Lovell: “Uh, Houston, we’ve had a problem. We’ve had a main B bus undervolt.”

Swigert’s calm understatement of “we’ve had a problem” after a “pretty large bang” shook the spacecraft is indicative of the cool demeanor these astronauts displayed in the midst of a space emergency. Apollo 13 was Swigert’s only space flight. After NASA, he was elected to Congress but died of cancer at age 51 before he could take office. —Dennis K. Johnson