Get the app Get the app
Get the latest news on coronavirus impacts on general aviation, including what AOPA is doing to protect GA, event cancellations, advice for pilots to protect themselves, and more. Read More
Already a member? Please login below for an enhanced experience. Not a member? Join today
News & Media Avionics pioneer Gary Burrell has died

Gary Burrell, an aviation pioneer who developed the first successful navigation/communications product for general aviation and would go on to co-found avionics powerhouse Garmin, died June 12. He was 81. 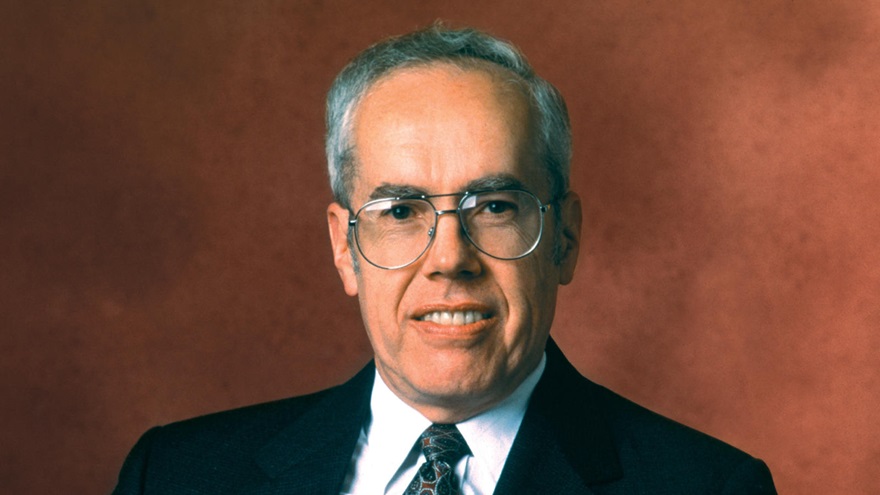 Burrell and a colleague at AlliedSignal, Min Kao, founded Garmin in 1989 “with the vision of creating products powered by an emerging technology known as the Global Positioning System, or GPS,” Garmin International said in a news release announcing Burrell’s death. “Thirty years later, Garmin has grown from a handful of engineers into a global location and communication product powerhouse with more than 13,000 associates in 60 offices around the world. Of his many accomplishments, Gary was most proud of the jobs he helped create.”

Burrell retired in 2002, continuing as Garmin’s co-chairman until 2004, when he was named chairman emeritus, Garmin said.

"Gary Burrell has been my friend, mentor and partner for more than 30 years," Kao said. "His vision, values, engineering skills and commitment to serving our customers have been the foundation for the growth of our company. It has been both a great privilege and a blessing to have known this amazing man and I know his legacy will live on."

Before founding Garmin with Kao, who retired as Garmin’s CEO in 2012, Burrell held top-level posts at electronics companies including Lowrance Electronics, King Radio Corp., and AlliedSignal. He is “widely regarded as one of the leading innovators of integrated avionics, having designed and developed the first successful NAV/COMM for the general aviation market,” Garmin said.

General aviation pilots may be most familiar with Burrell’s vision of technological integration with products of the GNS 430/530 family that combines GPS technology with traditional aviation navigation and communication systems, as well as a color moving map.

He later conceived the G1000 cockpit system, “which today is operating in thousands of aircraft around the world from small piston powered airplanes through mid-sized business jets.”

“Gary Burrell worked very closely with me and AOPA as the 1990s brought about the use of the Global Positioning System for general aviation. He was truly a ‘class act’ among the many companies and representatives trying to establish GPS navigation equipment for AOPA members with light airplanes. Gary supplied equipment, and his company’s expertise, to allow AOPA to equip airplanes to demonstrate to Congress, staffers, and FAA leadership the reliability of satellites for not only en route, but also near-precision instrument approaches," Boyer said. "In the highly competitive avionics environment, Gary was not only an innovator and leader, but truly a ‘nice guy’ who cared."

Burrell was an electrical-engineering graduate of Wichita State University, and earned a master’s degree from Rensselaer Polytechnic Institute.

During his 50-year career, Burrell motivated and mentored thousands of individuals including Garmin President Cliff Pemble—one of his first hires.

“While Gary will be remembered by many as one of the great entrepreneurs of our age, I will remember the unusual way in which he led our company, something he called servant leadership,” Pemble said. “Whether it was about creating the best product or his behavior as a leader, Gary always considered the impact to others before himself. His example not only inspired my contribution to Garmin, it also positively influenced me as a husband and father. I am forever grateful for the rich and enduring legacy of Gary Burrell.”