Get the app Get the app
Get the latest news on coronavirus impacts on general aviation, including what AOPA is doing to protect GA, event cancellations, advice for pilots to protect themselves, and more. Read More
Already a member? Please login below for an enhanced experience. Not a member? Join today
News & Videos Alsim celebrates 25 years of flight simulators 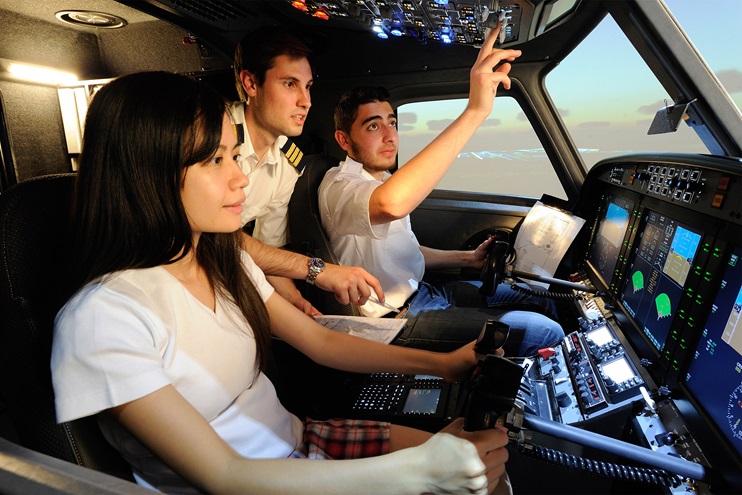 The Alsim ALX is a reconfigurable flight training device manufactured in France. Photo courtesy of Alsim.

In 1994 “two guys in a garage” had a goal to produce a single high-fidelity flight training device that could be reconfigured for different aircraft types to keep costs low, said U.S. business development manager Scott Firsing. Soon, flight schools began to adopt the technology, and the company has grown into an advanced aviation training device manufacturer with five models including airliners, twin-engine aircraft, and single-engine trainers.

“We are a little different in the sense that we do a lot of our own technology in-house” as opposed to manufacturing a device with computer software programs developed by other aviation conglomerates. To facilitate the company’s mantra of adaptability and versatility, “we do it all ourselves,” Firsing emphasized.

Firsing said that reconfigurable simulators were “relatively new” to the market when the company was founded but have gained a solid foothold because of their versatility and economy. He added that the firm has “expanded to more than 50 countries, with 350 simulators worldwide, and about 250 clients in the U.S. and elsewhere.”

“It’s amazing how quickly a student picks up their skills” in a flight simulator as opposed to an aircraft’s challenging learning environment that is often fraught with distractions and significant wear and tear. “The student wins and the owner wins,” he said, because “they are saving time and money.”

He pointed out that primary students, instrument students, backcountry pilots, and airline pilots alike can use the realistic devices to train for familiarity before tackling a particularly difficult procedure or to scout a location before landing there in an aircraft. 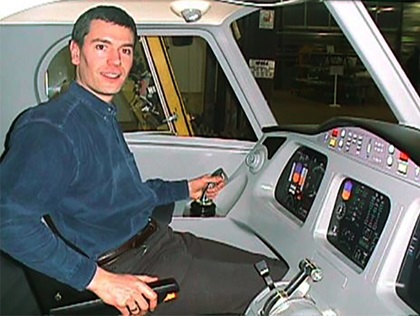 The company made a name for itself with the ALX—a modular, two-seat cockpit flight training device that is a reconfigurable chameleon with four classes of aircraft and 10 flight models. The ALX is designed to train ab initio students with zero time “to the level of airline type-rating standards” using realistic flight decks, digital avionics, and programmable scenarios that are certified by the FAA and the European Union Aviation Safety Agency counterpart.

On the other end of the spectrum, the AL172 MKII replicates the relatively simple but popular Cessna 172SP trainer that has been modernized with Garmin G1000 NXi avionics. In between are the AL42, a Diamond DA42 multiengine simulator that is faithfully reproduced down to its tilt-up canopy, and the reconfigurable AL250, which can be programmed as a piston single or multiengine aircraft. The latest iteration is the Airliner, a full-fledged passenger jet cockpit that mimics the look and feel of an Airbus or a Boeing airliner and helps pilots train for multi-crew cooperation and various airline transport pilot type ratings. 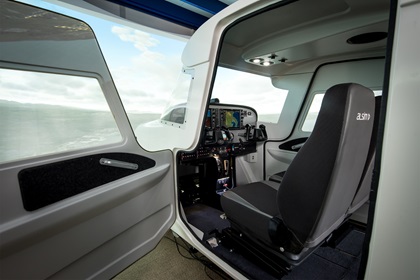 Firsing explained that the immersive cockpits vary in size from 12 feet by 10 feet to 25 feet by 20 feet, with three projectors, and are “essentially about the same size as a normal aircraft cockpit. They are definitely not [like] Microsoft Flight Sim on your computer.”

He reminded students, instructors, and career pilots that “the best button on a simulator is the pause button” and added that “when you mix everything together—from ATC to visuals, and the exact replica of a cockpit—it really is one of the best environments to learn in” and it’s also “one of the safest.” 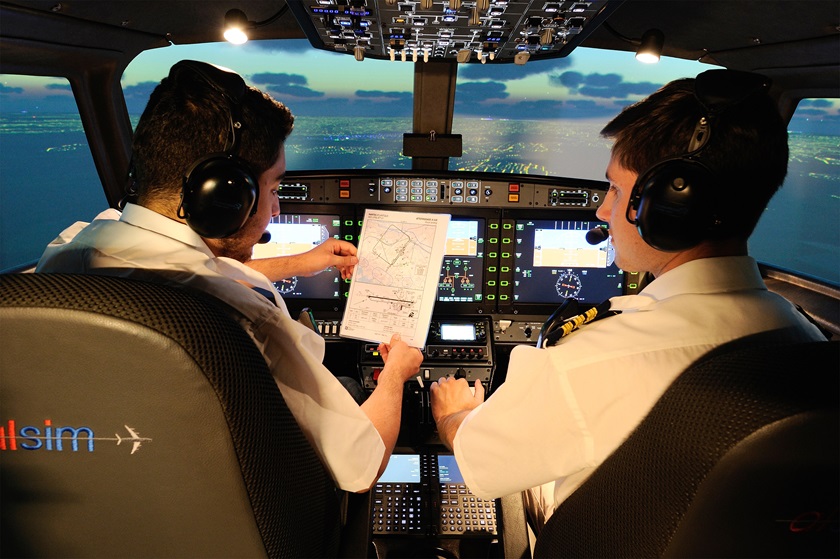