Get the app Get the app
Already a member? Please login below for an enhanced experience. Not a member? Join today
News & Videos Crowler run

A surprising number of pilots enjoy flying out for a good craft beer. 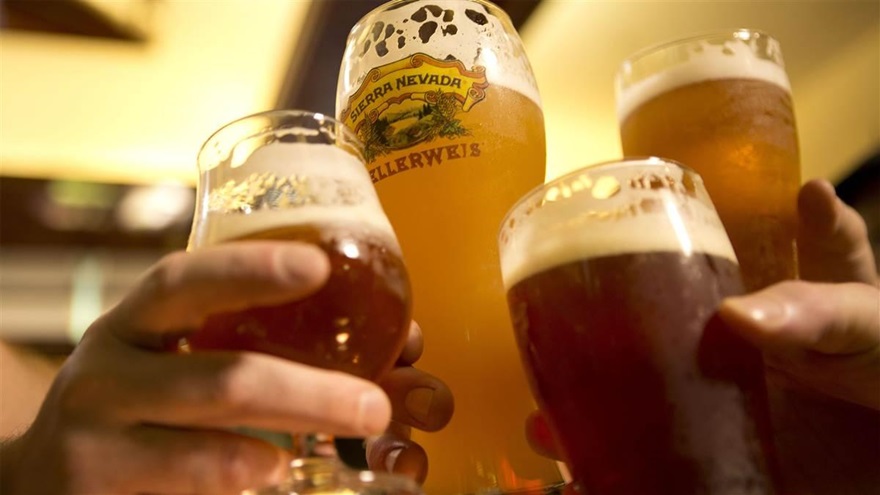 While we all know that the federal aviation regulations prohibit anyone from acting as a crewmember of a civil aircraft within eight hours after the consumption of any alcoholic beverage (the eight-hour bottle-to-throttle rule), while under the influence of alcohol, or while having an alcohol concentration of 0.04 or greater, that doesn’t preclude using an aircraft for an aerial beer run.

How? There are two options. Fly to an interesting brewery destination, sample a few beers, then stay overnight in a hotel or other accommodations and travel home the next day. Or, fly to a brewery, purchase beer to go, then fly it home and enjoy a postflight beverage. The latter approach has been made even easier by the growing popularity of the crowler, a 32-ounce aluminum can that’s filled with beer fresh from the tap, immediately sealed, and sold for carryout. (Think of this as a single-use growler, which is a reusable container for carry-out beer, except that you don’t have to clean it afterward and remember to take it with you to refill. Most brewers recommend drinking beer in a crowler within two to seven days.)

Here are five other airport-accessible breweries that have caught our eye.

3 Floyds Brewing Co. in Munster, Indiana, is widely recognized for its craft ales. It’s also adjacent to (and just across the state line from) Chicago’s Lansing Municipal Airport. 3 Floyds’ Zombie Dust, an American pale ale, has developed a nearly cultlike following. Gumballhead is an American pale wheat ale you don’t want to miss. The brewery’s flagship is Alpha King, another American pale ale. And there are India pale ales, stouts (Dark Lord is coveted), and sours, oh my.

Sierra Nevada Brewing Co. is headquartered in Chico, California. To better serve the East Coast, Sierra Nevada in 2014 opened a second brewery in Mills River, North Carolina. Fortunately for pilots, it’s right next to Asheville Regional Airport. While it may best be known for its Pale Ale and Torpedo Extra IPA, the seasonal Octoberfest and Narwhal Imperial Stout are not to be missed, and the brewery features rotating smaller batches like a barrel-aged Belgian-style cherry quad or coffee milk chocolate stout. (Pro tip: Asheville has become a craft beer capital of the East Coast. Stay two or three days and visit some of the area’s many other breweries.)

Cigar City Brewing in Tampa, Florida, is barely a mile from the fixed-base operations at Tampa International Airport. The Jai Alai American IPA may be most widely recognized (look for the oak-aged version); Maduro brown ale, Guayabera Citra pale ale, and Marshal Zhukov's Russian imperial stout stand out. Rarer are Hunahpu’s imperial stout and the Humidor Series, which consists of different Cigar City beers aged on Spanish cedar. If you don’t want to fly into the big airport, the waterfront Peter O. Knight Airport is about 7 miles away and welcomes general aviation pilots. 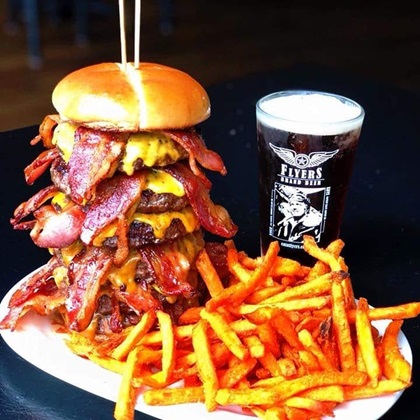 Legacy Brewing in Oceanside, California, is right across the street from the skydiving center at Bob Maxwell Memorial Airfield. Like many craft breweries it has an industrial vibe that combines comfortable leather chairs with modern bar stools. Head brewer Mark Mericle was behind Orange County, California’s first brewpub, Heritage Brewing Co. Today his customers seem to gravitate toward Clan Ross Scotch Ale, a malty Scotch-style ale; Orange Blossom IPA; and Czarface Russian imperial stout, among others. Hellacious Guava IPA is an American IPA and Sleighwreck Ale, an Irish red, is Legacy’s Christmas ale.

One to look for in the future might be Think Tank Brew Lab, scheduled to open during summer 2019 adjacent to Greenville Downtown Airport at 101 Airport Rd., Greenville, South Carolina.

Do you have a favorite airport-accessible brewery? Let us know! 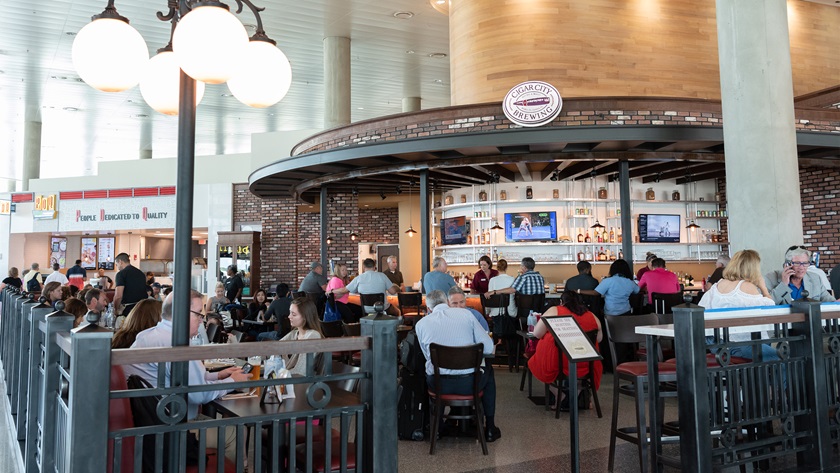 Technical Editor
Mike Collins has worked for AOPA’s media network since 1994. He holds a private pilot certificate with an instrument rating.
Go to Mike Collins's Profile
Topics: Travel, US Travel