Get the app Get the app
Get the latest news on coronavirus impacts on general aviation, including what AOPA is doing to protect GA, event cancellations, advice for pilots to protect themselves, and more. Read More
Already a member? Please login below for an enhanced experience. Not a member? Join today
News & Media Ultimate 350i

Owners of twin turboprops, be they older, out-of-production airplanes or newer models, face some big issues as their engines rack up hours. Overhaul the existing engines? Buy new? Or use the opportunity to swap out tired old engines with more powerful replacements that have supplemental type certificates, and are capable of providing better hot-and-high performance, better climb rates, and faster cruise speeds? If you’re looking to satisfy every pilot’s faster-higher-farther mantra, then the latter option is the clear choice.

King Air 350i upgrade by Blackhawk

Blackhawk’s latest offering is a package for the King Air 350 and 350i that the company calls its XP67A Engine+ Upgrade. It swaps out the stock Pratt & Whitney PT6A-60A engines for PT6A-67A powerplants—the same engines used in the Pilatus PC–12NG and Epic E1000 turboprop singles. Both the -60A and -67A engines are rated at 1,050 shaft horsepower—the airplanes’ originally certified airframe limitations—but the -67A has a big advantage: Its thermodynamic rating is 1,200 shaft horsepower. In other words, the -67A has higher interstage turbine temperature (ITT) redlines than the -60A. This essentially gives the upgraded engines about 150 more shaft horsepower per side.

Flying a turboprop means managing a balancing act between torque (the twisting force exerted on the propeller shaft) and ITT limits. At lower altitudes, where air is denser, it’s easy for pilots to advance power during takeoff and climb and reach—or exceed, if they’re clumsy—torque limits, but dense air keeps ITTs cool. As the airplane climbs into the thin air at altitude, torque falls off, but ITTs creep up because that same thin air does a lousy job of cooling internal engine components. Try to make up for a loss of torque by bumping up the power levers and you’re likely to exceed ITT redline, which is a bad thing because expensive engine damage can occur.

But by using the more powerful -67A engines with higher than stock -60A ITT limits, then dialing down its power output by adjusting torque redlines, Blackhawk gives its mods more torque and power at higher altitudes without the penalty of reaching ITT redlines. In essence, the engine is loafing. It has power to spare—enough for significantly better performance. This performance-enhancing strategy is called flat rating, a technique for staying within airframe airspeed and power limits without exceeding engine temperature limits.

Blackhawk claims its upgrade can give a mid-weight King Air 350i jet-like performance, with a 60-percent improvement in climb rate, an 18-minute time to climb to the airplane’s FL350 maximum operating altitude, and maximum cruise speeds of 332 knots—all of this under ISA +25 degree conditions. Blackhawk Regional Sales Manager Chris Dunkin and Senior Vice President of Engineering Bob Kromer brought an upgraded 2014 King Air 350i to AOPA headquarters at Frederick (Maryland) Municipal Airport so I could check it out.

Manufacturers like to maximize their performance claims by using lightly loaded airplanes as their examples. But the King Air 350i is a heavy-hauler, a best-selling workhorse favored by operators such as Wheels Up—a membership-based charter company with 4,000 participants that uses a fleet of 80 eight-seat King Air 350i airplanes. It has a maximum takeoff weight of 15,000 pounds, so to get some real-world performance numbers we needed to fill the cabin.

After I got a briefing for the flight, I put the word out to AOPA employees and within seconds six volunteers appeared on the ramp. Gawking and selfies followed during the walkaround. The Blackhawk 350i resembles the stock airplane inside and out, unless you count the new, five-blade MT composite propellers, a couple of small cowl flaps for the oil coolers, and a small fairing on top of the engine nacelles that covers the propeller governor. If you open the nacelles’ side access panels you can see an extra section in the intake airbox. This is to make room for the -67A’s extra compressor wheel. The -67A has four axial compressor wheels; the stock engine has three.

In essence, the engine is loafing. It has power to spare—enough for significantly better performance.With Dunkin and me up front, seven passengers in the cabin, and 2,500 pounds (about 373 gallons) of fuel aboard, our weight rang in at 14,400 pounds. Engine starts were conventional PT6, and Dunkin plugged our clearance into the ship’s Rockwell Collins Pro Line 21. Good thing, because personally, this box gives me fits: It’s so headdown and the default response to any flight plan entry seems to be a DISCONTINUITY message, put there so you can turn around and delete it anyway. Guess you can tell I’m a Garmin person, and Dunkin seems familiar with the syndrome. Of the 350is that have so far come in for the XP67A upgrade, some 40 percent have already had their original Pro Line 2 panels swapped out with G1000s.

With all the weight, this beast of an airplane took a fair amount of breakaway thrust to get rolling. Then we had to weave our way past some parked airplanes. This called for some finesse, as well as less power. The MT propellers can idle as low as 750 rpm, so this feature came in handy. The stock airplane’s Hartzell propellers’ lowest idle speed is 1,050 rpm, set by pitch stops installed to keep the Hartzells out of a resonance range between 450 and 1,050 rpm.

Here’s the pretakeoff briefing: Runway 23 for takeoff, abort for any major abnormality below V1 of 95 knots. Rotation speed is 104 knots. Lift off and pitch to 10 degrees nose up. Accelerate to the V2 of 114 knots on runway heading. Right turn to 090. Radar vectors to Johnstown, Pennsylvania (JST). Climb to 3,000 feet. Expect FL280 in 10 minutes. After some speed checks, we’d turn around and return to Frederick. I turned around and asked if everyone was belted in and ready. I’d never seen so many happy passengers on a flight. Of course, they were skipping work—with permission, I am sure.

Passing through FL210 it was time for a brief look at single-engine climb performance. With the left engine windmilling and the right set for maximum power, the airplane climbed at a healthy 700 fpm, despite its weight. And this was with less than full power on the good engine. The full 1,050 shaft horsepower begins to drop off above 14,000 feet. But compare that to standard 350i models, with ITTs that “temp out,” hit redline, and begin losing power at 7,000 feet.

Once level at FL280, it was time to look at the torque/ITT situation as maximum cruise power was set. The power levers were set for 99-percent torque, but the -67A’s ITTs stayed at a cool 808 degrees Celsius—well below their 840-degree redlines in the conditions. It was ISA+3 up there (minus 35 degrees Celsius) but there on the Pro Line’s multifunction display was the promised 332 KTAS. Dunkin said that the stock airplane would turn in 295 KTAS under the same conditions.

With ITT advantages like this, XP67A King Air 350s have easier access to cruising at their FL350 maximum operating altitudes, which Blackhawk says can be reached in a 17-minute climb, whereas a stock 350i takes 45 minutes. Once in cruise up there, the Blackhawk airplane can cruise at 315 KTAS burning 320 pph (48 gph) per side, versus the stock airplane’s 267 KTAS maximum cruise and its 228 pph (34 gph) per side. True, the stock engines burn less fuel, but Blackhawk argues that the modified airplane makes up for this with faster speeds, reduced block times, and a concomitant reduction in direct operating costs. At FL320, Blackhawk says its upgrade yields an overall 40- to 45-knot advantage over standard 350i models.

At one point we needed to fly through a cloud layer, and to prevent icing in the engine intakes we had to open the ice vanes—doors in the intake passages that eject supercooled droplets and frozen precipitation from the air flowing into the engines. Do this, and power drops as torque falls off. In our case, torques dropped from mid-90-percent levels to 80 to 82 percent. Normally, an airspeed loss would have followed. But with the -67A’s higher ITT limits, Dunkin pushed the power back up to 90-percent torque, letting the ITTs settle at the 820-degree mark, restoring our lost airspeed while retaining safe margins from ITT redlines. “Like the icing never happened,” he said.

The landing was jet-like, in that you maintain 120 knots or so down final, slowing to 100 knots on short final, landing in a flattish attitude, and using reverse thrust and braking to stop. Sort of what you’d expect to perform in such a fast, heavily loaded airplane. In other words, no full-stall landings, please.

As of this writing, Blackhawk has performed 800 Pratt & Whitney PT6A upgrades on five different types of turbine airplanes, or 1,507 individual engines. That makes it Pratt & Whitney’s biggest non-original equipment manufacturer customer in the general aviation market. In less than a year, the company has done more than 20 XP67A upgrades on 350i King Airs.

Anyone hesitating over the $1.787 million price of the 350i package should know that the engines come with Pratt & Whitney new-engine warranties for 2,500 hours or five years, with prorated warranties up to the engines’ 3,600-hour recommended time between overhaul. Downtime for the upgrade is two and a half weeks, and Blackhawk offers a $70 per hour engine core credit for each hour remaining to TBO. Then there’s the upgrade’s effect on resale value. According to aircraft value reference Vref, early King Air 350s now sell for 37 to 50 percent of their original prices; post-2009 King Air 350i models go for anywhere from 60 to 80 percent of their new prices. An XP-67A upgrade can significantly bump up value on the used market and move it quicker than the six-plus months that Vref says a 350 or 350i can languish unsold.

I’d buy a Blackhawk 350i—but as an aviation tax expert once told me, “You don’t buy these kinds of airplanes with W-2 money.” Thanks, friend-o. But I can recommend it as the safest pathway to preserving such a stately airplane’s value. 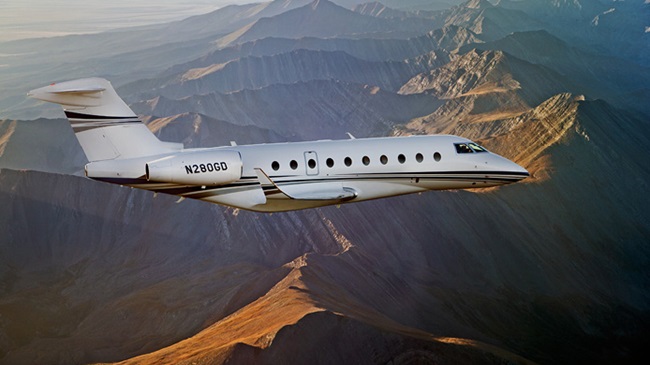