Get the app Get the app
Get the latest news on coronavirus impacts on general aviation, including what AOPA is doing to protect GA, event cancellations, advice for pilots to protect themselves, and more. Read More
Already a member? Please login below for an enhanced experience. Not a member? Join today
News & Videos FAA underestimated drone growth 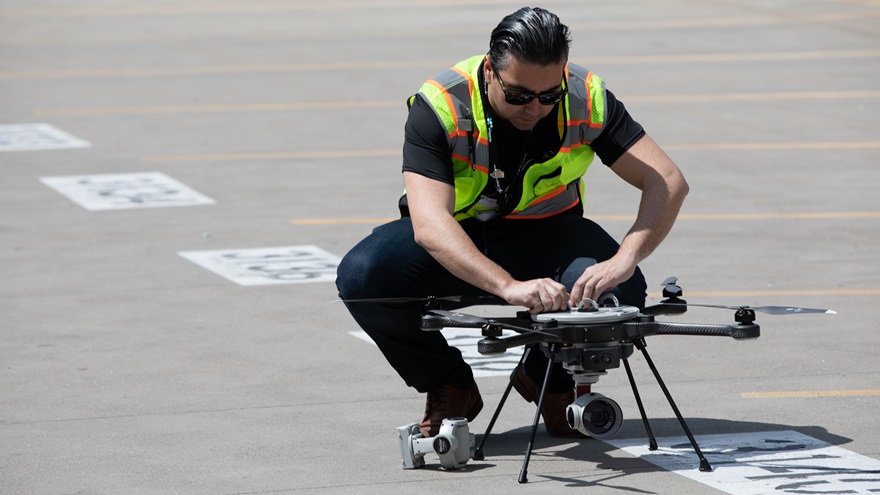 The FAA expects significant growth in commercial drones and remote pilots to continue for years after growth in the hobbyist segments slows. Jim Moore photo.

The FAA Aerospace Forecast released May 1 (covering fiscal years 2019-2039) is in many respects similar to the 2018 version, though the agency underestimated the growth of Part 107 aircraft registrations, and, to a lesser degree, the increase in the remote pilot population. About 116,000 remote pilots held certificates by the end of 2018, approximately 10,000 more than the agency expected.

General aviation is another story, particularly piston aircraft and their pilots. Both are expected to decline at a steady rate of about 1 percent per year over the coming two decades.

“The active general aviation fleet is projected to remain around its current level, with the declines in the fixed-wing piston fleet being offset by increases in the turbine, experimental, and light sport fleets,” the FAA wrote. “The largest segment of the fleet, fixed wing piston aircraft, is predicted to shrink over the forecast period by 25,645 aircraft (an average annual rate of -0.9 percent). Unfavorable pilot demographics, overall increasing cost of aircraft ownership, coupled with new aircraft deliveries not keeping pace with retirements of the aging fleet are the drivers of the decline.”

Hours flown and active pilot certificates are two more measures the FAA tracks, and they mirror the trends expected to produce overall declines in piston airplanes and private pilots, while an increase in the turbine aircraft fleet (and turbine pilots, many if not most training for airline jobs or already employed as such) is expected to offset the declines, leaving the overall manned pilot population and flight activity little changed at the end of the forecast period.

“The number of active general aviation pilots (excluding students and ATPs) is projected to decrease about 13,250 (down 0.2 percent yearly) between 2018 and 2039,” the FAA wrote. “The ATP category is forecast to increase by 25,755 (up 0.7 percent annually). The much smaller category of sport pilots are predicted to increase by 3.0 percent annually over the forecast period. On the other hand, both private and commercial pilot certificates are projected to decrease at an average annual rate of 0.6 and 0.1 percent, respectively until 2039.”

At present rates, Part 107 remote pilots will outnumber instrument-rated pilots (of all certificate types) by 2023, if not sooner.

The new forecast for the future GA fleet size, activity, and pilot population is largely consistent with 2018 predictions. The same can be said for the FAA predictions of non-commercial unmanned aircraft registrations and recreational drone pilots, who are not currently required to earn a certificate though Congress has empowered the FAA to require some amount of formal training for drone hobbyists. The FAA posits that the consumer drone craze appears to be winding down: “The pace of registration in 2018 slowed considerably compared to 2016 and 2017. Monthly owner registration now stands at half of what was observed a year ago.”

The FAA estimates that with more than 900,000 individuals now registered to operate one or more drones weighing .55 pounds or more, about 1.2 million small drones are being flown for non-commercial purposes, i.e., for fun. The number of hobby drones (always an estimate because an individual hobbyist can register any number of aircraft under the same number), grew 13 percent year over year.

“However, like in all other technologies including hobby items, (e.g., cell phones and video game consoles; and prior to that, video cameras, and video players), the trend in model aircraft is likely to slow as the pace of falling prices diminishes and the early adopters begin to experience limits in their experiments or simply eagerness plateaus.”

(Thank you, FAA, for giving us this opportunity to ponder “eagerness plateaus.”)

While the number of non-commercial drones is expected to plateau this year, climbing slightly thereafter to around 1.4 million by 2023, no such leveling off is expected in the Part 107 fleet. The FAA has much more data about commercial unmanned aircraft operations because every drone flown under Part 107 must be individually registered, Part 107 pilots were surveyed to get a better handle on how drones are used, and other factors.

“Given the trend observed in the registrations, information from the survey, review of available industry forecasts, and internal research, together with market/industry research, we project that the non-model fleet by 2023 will likely (i.e., base scenario) be three times larger than the current number of non-model aircraft. As the present base (i.e. cumulative total) gets larger, we anticipate the growth rate of the sector will slow down over time,” the FAA wrote. “Nevertheless, the sector will be much larger than what we understood as recently as last year. Given the accelerated registration over the last year, we now project the non-model sUAS sector will have over 835,000 aircraft in 2023 (i.e., end of 5-year period). Important to note here is that last year’s forecasted sUAS for 2022 (452,000 units) will be surpassed sometime towards the later part of 2019 or early 2020 if the present registration trend continues. This will shorten the forecast outcome period by almost 2-3 years.”

The FAA survey results on the types of commercial operations being undertaken are consistent with other data collected by private analysts: About one in five operations conducted under Part 107 are flown for filming and entertainment (including live event coverage), and a similar number fall into the research, training, and education category. Utility and industrial uses across the electric and petroleum energy sectors have grown in number to represent about 16 percent of all Part 107 missions; real estate (13 percent) and construction industry applications (8 percent) are also leading use cases.

Regulatory changes now being considered could help drive operation numbers up in many of these sectors, and the FAA expects remote pilots will outnumber instrument-rated pilots (including private, commercial, and airline transport pilot certificate holders) by 2022 or 2023.

“RPs are set to experience tremendous growth following the growth trends of the non-model sUAS sector,” the FAA wrote. “Non-model activities may require almost 350,000 RPs in 5 years, a three-fold increase, providing tremendous opportunities for growth in employment associated with commercial activities of UAS. Potential for RPs may enhance even more if larger UAS are used in commercial activities and urban air mobility becomes a reality in the near future.”

AOPA first welcomed remote pilots to our ranks in 2017 and has since added thousands of pilots who hold only a Part 107 remote pilot certificate, along with tens of thousands more who hold one or more manned aircraft certifications and ratings in addition to a remote pilot certificate. The association offers many drone-related benefits for members, including discounts on training, conference admission, networking, the AOPA Drone Pilot newsletter, and discounted commissions and preferential access to certain jobs through PrecisionHawk’s Droners.io job matching network.

Uber has been working with aircraft makers of all shapes and sizes to create a network of on-demand air transportation connecting rooftops in cities around the world. In 2017, Uber set an ambitious goal of commencing revenue passenger flights in 2023, though the FAA has a somewhat less ambitious timeline in mind for the arrival of passenger-carrying electric vertical takeoff and landing aircraft. This new generation of aircraft may be initially certified to fly with human pilots, though some hope to make them autonomous on day one, and autonomy is the end goal for nearly all projects now on drawing boards.

The FAA noted NASA’s work in this arena, and that there are significant hurdles to clear before you can hail a ride to a rooftop.

“Studies sponsored by NASA were undertaken by two consulting firms and are presently under review from expertise within the government and academia. Executive summaries of the two reports suggest, broadly speaking, the following: (a) UAS may play a significant role in transforming short-haul urban air transportation, e.g., airport shuttle, air taxi, air ambulance, last-mile parcel delivery, etc.; (b) substantial financial and business opportunities exist, but there are significant technological, operational, and regulatory challenges including issues involving public perceptions and acceptance; and (c) gradual integration of sUAS into the overall system may facilitate integration of UAM by around 2030.”

The physics of eVTOL flight remain challenging, particularly with regard to batteries, which will have to get far more efficient than today’s models to sustain flights beyond 10-15 minutes without wings, though many minds are working on that.

Virgin Galactic is on the cusp of shooting paying customers into space, and they are not alone in having such ambitions in the civilian spaceflight sector. Overall, including space cargo operations, the FAA anticipates the pace of permitted launch and reentry operations to continue picking up in the near term, with 50 or more launch and reentry permits expected to be issued in 2021. 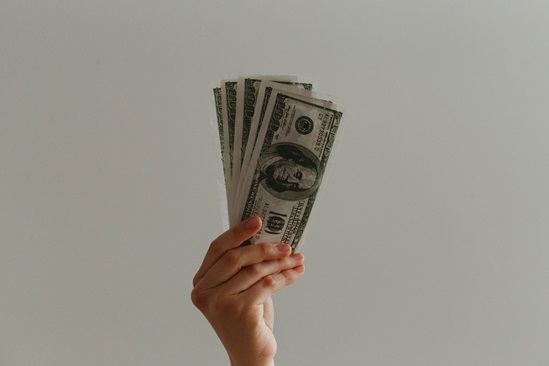 What Qualifies as "Liquidity"? Why Does It Matter? 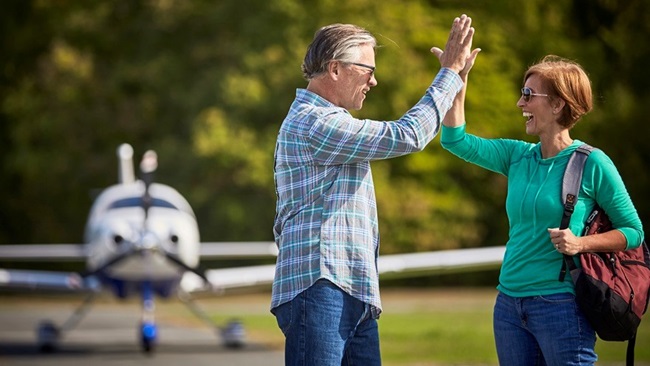 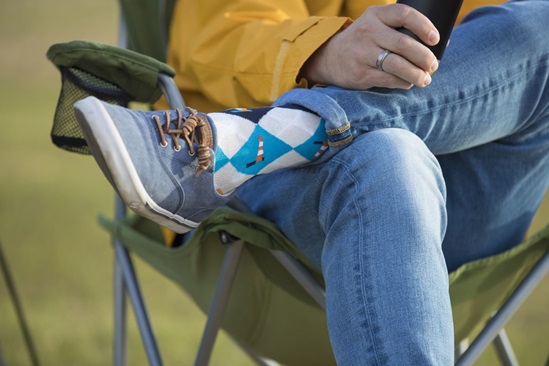