Get the app Get the app
Already a member? Please login below for an enhanced experience. Not a member? Join today
News & Media World War II Superfortress leader to orchestrate 2020 DC flyover

Retired U.S. Air Force Lt. Col. Bob Vaucher, who at 101 years of age will be the honorary air boss for the 2020 Arsenal of Democracy Flyover of Washington, D.C., said his pilot briefing will command the fighters, bombers, and escorts to “get in line and stay in line.” 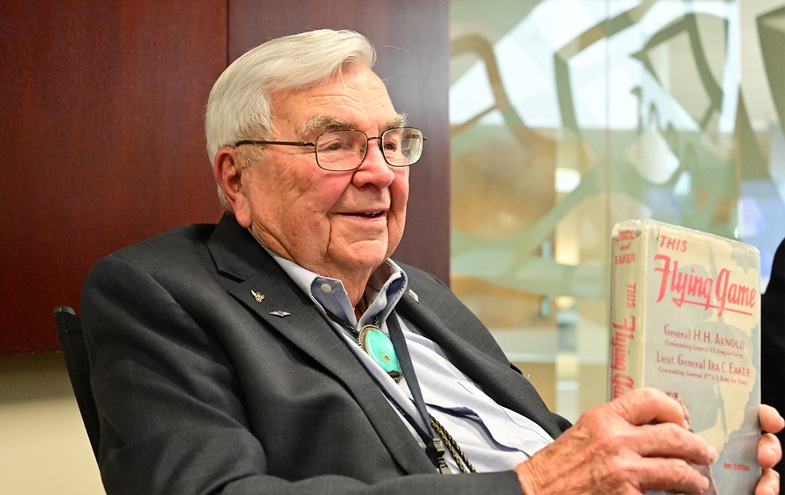 Retired U.S. Air Force Lt. Col. Bob Vaucher, now 100 years old, orchestrated a show of force at the end of World War II when 525 Boeing B-29 Superfortress bombers flew over the USS Missouri in Tokyo Bay on Sept. 2, 1945. He plans to attend events on June 6, 2019, commemorating the seventy-fifth anniversary of D-Day. Photo by David Tulis.

The May 8, 2020, flyover of the nation's capital in honor of the seventy-fifth anniversary of the end of World War II in the European theatre won't be Vaucher's first time commanding a group of warbirds.

The centenarian led a massive formation of 525 B–29 Superfortresses that overflew the USS Missouri in Tokyo Bay as Japan officially surrendered to Allied forces on Sept. 2, 1945.

Vaucher vividly recalled the logistics that led to a cloud of warbirds arriving exactly on cue. First, he tipped his cap to U.S. Army five-star Gen. Douglas MacArthur, who had the idea for a show of force ceremony, and to U.S. Air Force Gen. Curtis LeMay who “arranged it so that every serviceable B-29 was in the air that day” over the battleship at precisely 9:08 a.m. 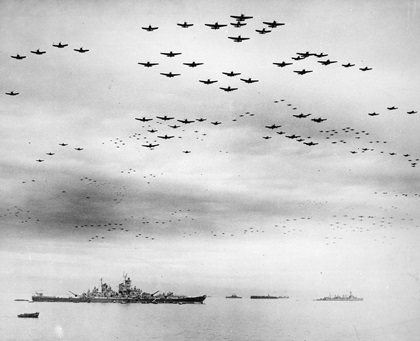 However, it was up to the then-26-year-old Vaucher to pull it off. “I had to have all of these airplanes ready sequentially to follow me in,” he explained. The exact time was picked to coincide with MacArthur’s signature on the documents. However, the logistics were challenged when a Japanese official took too long to hobble to the deck of the battleship “because he had a leg shot off.”

Despite the hiccup, Vaucher said “we hit it right on the head.” A newspaper photographer aboard Vaucher’s lead aircraft documented the event, and Vaucher said the photographer pointed his big camera “straight down” to show the ceremony in all its military splendor. 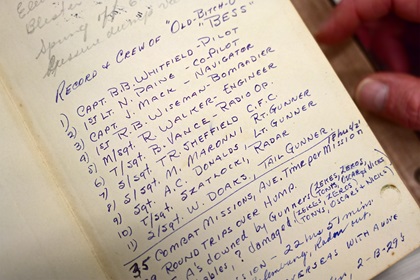 Vaucher said he visited the USS Missouri years later, and from MacArthur’s signature ceremonial spot he looked skyward. “I could see myself flying over and the tears started running down. It was a very emotional point.”

The Show of Force flight was Vaucher’s 116th combat mission, and he said he wasn’t nervous because he had “been through a lot and really it was just another mission for me.” He said that before the event took on historical significance in the waning months of World War II, “it was just another target. I happened to be in the right place at the right time to get the job.”

Vaucher's aviation path began in Mission Ranch, Texas, when he was 17. He earned his private pilot certificate at age 21 and then enlisted in the Army Air Corps, which later became the U.S. Air Force. He was commissioned as an officer in 1941 and flew his first patrol mission in a Douglas B–18 Bolo from Westover Field, Massachusetts, during an East Coast search for German ships and submarines. He piloted 40 different aircraft during his military service and earned numerous war commendations, citations, battle stars, and two Distinguished Flying Crosses.

He said he “can’t believe the honor it is” for him to participate in the Arsenal of Democracy Flyover in May 2020. “I actually tingle all over at the thought of it,” he confided. “At 100 years old, I finally became the air boss of something again.” 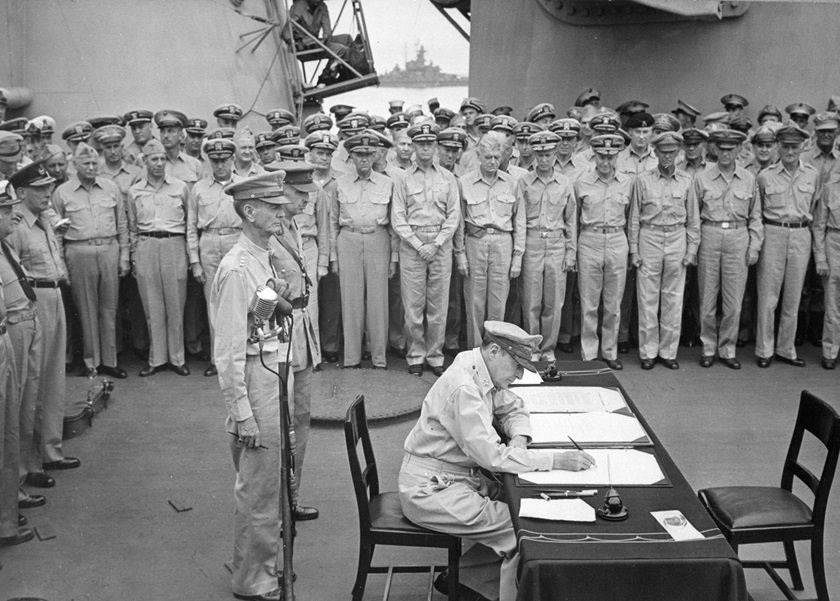 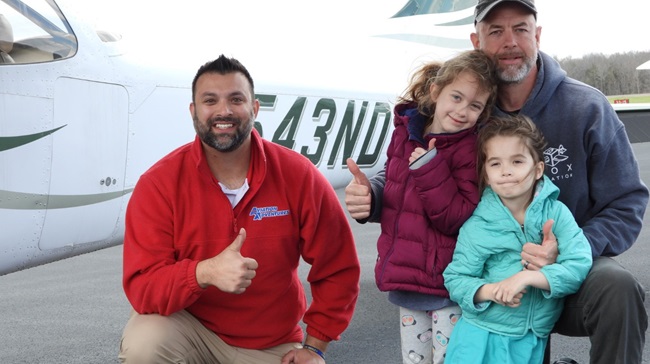