Get the app Get the app
Get the latest news on coronavirus impacts on general aviation, including what AOPA is doing to protect GA, event cancellations, advice for pilots to protect themselves, and more. Read More
Already a member? Please login below for an enhanced experience. Not a member? Join today
News & Videos North Carolina students win GAMA competition

A team of high school students from Hayesville, North Carolina, are the winners of the 2019 GAMA Aviation Design Challenge, the General Aviation Manufacturers Association announced May 15. 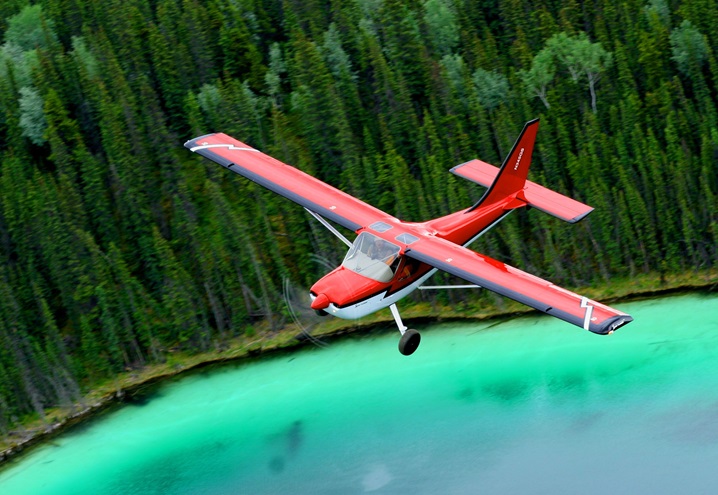 Students from Hayesville High School in Hayesville, North Carolina, will help build a Glasair Sportsman like this one in June. (Photo courtesy of Glasair.)

Four students from Hayesville High School will travel to Arlington, Washington, to help built an airplane at Glasair Aviation from June 10 to 22. The GAMA challenge, created in 2013, promotes science, technology, engineering, and mathematics education through aviation curriculum among U.S. high school students. To qualify for the competition, teams of students apply basic aerospace engineering knowledge to modify a virtual airplane with software powered by X-Plane. One hundred thirty-six high schools fielded teams in the competition.

Erie 1 BOCES Harkness Career and Technical Center in Cheektowaga, New York, is the second place winner. They will receive a two-day Redbird Flight Simulations STEM lab camp, hosted at their high school campus. Erie 1 BOCES was the first-place winner in the 2018 competition.

“Our team of engineers serving as judges were extremely impressed with the quality of the designs submitted in this year’s competition,” GAMA President and CEO Pete Bunce said in a news release. “We look forward to working with these young people and teaching them more about the exciting world of aviation through the unique experiences of the Glasair Sportsman build and Redbird STEM camp.”

Hayesville’s STEAM program (the A is for aviation) has been in place since 2015, teacher Scott Hanna told AOPA. Hanna, a pilot and advanced ground instructor, put together the initial curriculum but plans to use AOPA’s high school STEM curriculum beginning in the fall. AOPA’s You Can Fly High School Initiative seeks to rebuild the pilot population and the aviation industry from the ground up by providing high-quality STEM-based aviation education to high school students nationwide. The ninth and tenth grade curricula will be available in the fall.

“I’m very happy to work with the kids and very happy to get hooked up with the AOPA curriculum,” he said. “Most of what we have been doing has been off the cuff.” Even so, the program has attracted the attention of several area schools that also are pursuing aviation programs, he said.

“It’s really taking off,” he said of Hayesville’s STEAM program. When the program was first established, a donor provided a Zenith STOL CH701 for students to build, but they couldn’t do it because they didn’t have “the knowledge and a place to do it,” Hanna noted. He hopes that the GAMA challenge will provide students with the knowledge to proceed, and evidence of the program’s success will yield a place to assemble the 701.

Twenty-eight students have completed the Hayesville STEAM program since its inception four years ago, Hanna said. Five have soloed; two are about to get their private pilot certificates. Of this year’s group, one graduating senior has been accepted to Embry-Riddle Aeronautical University in Daytona Beach, Florida. A second graduating senior will attend the University of Alabama, where he will pursue a degree in aeronautical engineering.

This was Hayesville’s second attempt at the GAMA challenge, Hanna said.

You Can Fly: Don't touch that dial