Get the app Get the app
Get the latest news on coronavirus impacts on general aviation, including what AOPA is doing to protect GA, event cancellations, advice for pilots to protect themselves, and more. Read More
Already a member? Please login below for an enhanced experience. Not a member? Join today
News & Videos Eight who made it great

The most inspirational personalities in GA

“Do what you love, and you’ll never work a day in your life” must be the mantra of these eight aviation greats whom AOPA members chose in an online survey as the most inspirational figures in general aviation. 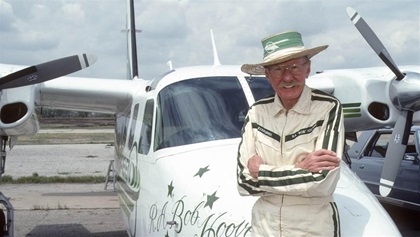 Bob Hoover. Called the “pilot’s pilot” for his skill, dedication, and heroism in flight, Robert A. “Bob” Hoover served in both World War II and the Korean War. Hoover was shot down behind enemy lines in Germany in 1944 and executed a daring escape. In the Korean conflict he taught dive-bombing in the F–86 Sabre. A test pilot, aerobatic performer, and consummate flight instructor, Hoover was beloved in the GA community; AOPA bestows the Hoover Trophy in his honor each year on an aviator who, like Hoover, advances aviation and the joy of flying (see “AOPA Action,” p. 12). 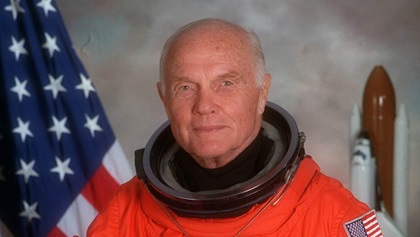 John Glenn. John Glenn made history when he orbited the Earth in the spacecraft Friendship 7 in 1962. His 4-hour, 56-minute flight made him the first American in orbit and a national hero. With ticker tape parades, awards, and accolades from President John F. Kennedy, Glenn became a household name. His honesty, humble nature, and patriotism garnered him a place on the national stage; he served as a U.S. senator for more than 20 years, ran for president in 1984, and returned to space as the oldest person to do so, at the age of 77. An active general aviation pilot, Glenn flew into his 80s. Godspeed, John Glenn. 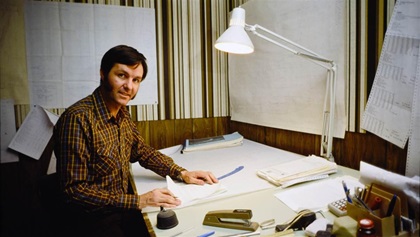 Burt Rutan. Responsible for one of history’s “where were you” moments in 2004 when his company’s SpaceShipOne design made the first manned private spaceflight. Newsweek magazine described Rutan as “the man responsible for more innovations in modern aviation than any living engineer.” He has designed aircraft for space (SpaceShipOne and SpaceShipTwo), for performance and endurance (Voyager, Proteus, and GlobalFlyer), and for general aviation (VariEze and Long-EZ). Five of his aircraft are on display at the Smithsonian’s National Air and Space Museum and Steven F. Udvar-Hazy Center. He is the recipient of the Collier Trophy, is a Living Legend of Aviation, and was awarded the Wright Brothers Memorial Trophy in 2015. Retired from Scaled Composites in 2011, Rutan recently created the SkiGull, an amphibious aircraft. (See “Visions for the Future,” p. 78.) 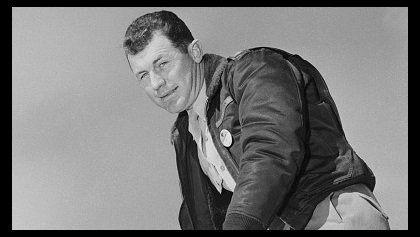 Chuck Yeager. Flying ace Charles E. “Chuck” Yeager became the first pilot to exceed the speed of sound in level flight in 1947 in a supersonic Bell X–1 he named Glamorous Glennis after his wife. He flew at an altitude of 45,000 feet; Bob Hoover was his chase pilot in a Lockheed Shooting Star. Like Hoover, Yeager also was shot down during World War II; he won the Bronze Star for helping another downed airman escape occupied France. Yeager served as chase pilot for Jacqueline Cochran when she became the first woman to break the sound barrier in 1953. His 33-year career in the U.S. Air Force saw him achieve the rank of brigadier general. A true member of the GA community, Yeager set records in Piper aircraft. He was inducted into the National Aviation Hall of Fame in 1973. 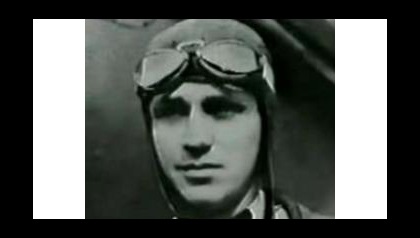 Elrey Jeppesen. His “little black book” contained more information than any scandalous version—on each flight he undertook in his role as an airmail pilot, Elrey Jeppesen would write down detailed notes about his routes in a small, 10-cent black notebook. Other pilots soon learned of Jeppesen’s notetaking and so, for $10, he would sell his information. He and his wife, Nadine, created the books of route information in their Salt Lake City home’s basement. During World War II, Jeppesen sold charts to the U.S. Army and Navy, and to the airlines, starting with United. Jepp charts have been used by more pilots across the globe than any other chart manufacturer in the world and are now available electronically. The terminal at Denver International Airport is named for Elrey Borge Jeppesen. 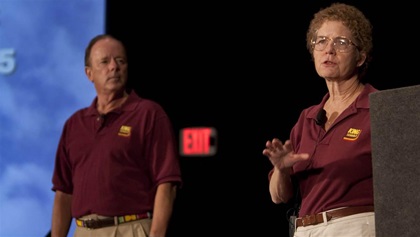 John and Martha King. In 1975 John and Martha King set out to be entrepreneurs, hoping to launch a successful business. Until the business concept came to them, however, they supported themselves as flight instructors. Their combined down-to-earth and humorous teaching methods eventually led the pair to create books and videos to advance flight training, and their search for a business concept was over—they were the business. Each holds every category and class of FAA pilot and instructor certificates, and they have flown in every continent in the world except Antarctica. Their timeless teaching methods and obvious love of aviation—and each other—are general aviation’s greatest love story. 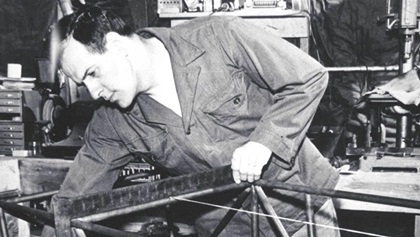 Paul Poberezny. A Waco glider in disrepair, a set of aircraft and flight manuals, and $67 are what started what we now know as EAA—the Experimental Aircraft Association—and the world’s largest aviation party, EAA AirVenture (Oshkosh or simply OSH). Paul Poberezny was a teenager in Wisconsin when his history teacher gave him his first opportunity to restore and fly an aircraft, and that started his course on homebuilt aircraft for everyone. He shared aviation and flying over the course of his lifetime, designing aircraft, starting EAA in 1953, developing the fly-in convention, encouraging grassroots aviation, and flying his F–51D Mustang Paul 1 in airshow routines. AirVenture is now the largest fly-in event in the world welcoming more than 600,000 to its week-long summer party. 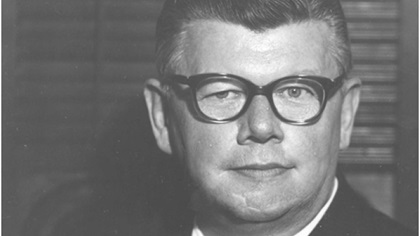 Bill Lear. If you’re considered a “real Horatio Alger” you’re an individual who has succeeded despite hardship and adversity, who knows the importance of hard work and perseverance, and who dreams big with a small cash flow. That was Bill Lear, who won the Horatio Alger Award in 1954 after building batteries, amplifiers, radio coils, circuits for radios in automobiles, 8-track tape players, radio direction finders, autopilots, and so much more. Self-taught, Lear was a prolific inventor for aviation. In addition to autopilots, he also built the first automatic landing system, developed panel-mount radios in GA aircraft, invented the Motorola car radio and manufactured the first mass-produced business jet—the Lear 23.