Get the app Get the app
Already a member? Please login below for an enhanced experience. Not a member? Join today
News & Media Will the Interceptor 400 'only live twice'?

Will the Interceptor 400 'only live twice'?

A four-place turboprop that was certified decades ago but never made the big time is ready for its aviation-industry close-up, says a consultant who is working to reintroduce the low-wing single. 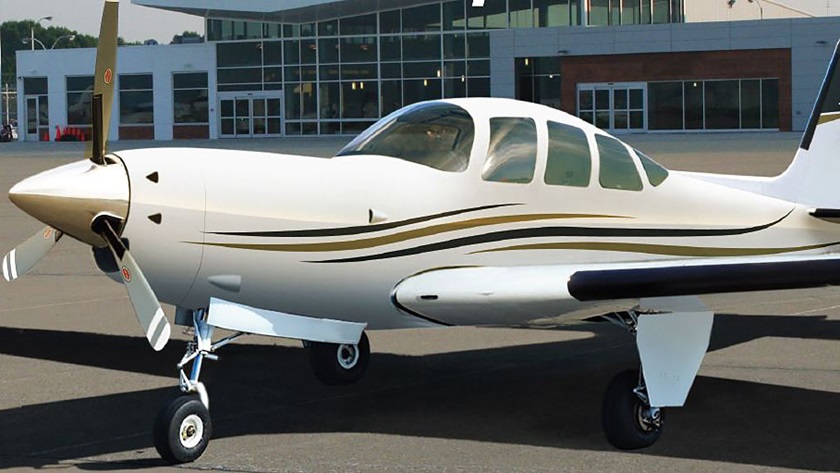 Brian Foley, principal of consulting firm AvStrategies, is pitching potential players the opportunity to shake up the aviation industry by bringing back the Interceptor 400, a 400-horsepower turboprop reputed to cruise 244 knots at altitudes to 24,000 feet with a 900-nautical-mile range.

Several of the four-place aircraft, derived from the 285-hp piston-powered Meyers 200, were built in the 1970s before manufacturers’ “liquidity issues” ended production.

If the plot receives critical acclaim, there is a sequel lined up and waiting. Foley says the Interceptor’s piston-powered parent may be ready to star in a comeback story of its own.

For now, he says, the focus is on the turboprop because its time may finally have come.

“Remarkably, it’s now quite relevant in today’s market, fitting squarely in an unfilled product niche between high-performance piston aircraft like the Cirrus SR22 series and much larger single-engine turboprops like the Pilatus PC–12 and Daher TBM series,” said Foley, a former flight-test engineer at Boeing Co., and a former marketing manager at Boeing and Dassault Aviation.

A marketing concept is a good start—but producing an aircraft that’s priced to sell has been many a dreamer’s downfall, especially if the competition strikes back.

On that score, AvStrategies points out that the deal includes a competitive edge—and it’s a two-for. The seller will even throw in an aircraft.

“The sale includes the FAA Type Certificate, drawings, jigs, tooling and more. In addition, an actual Interceptor 400 aircraft is included with the sale, as well as the shared Type Certificate and tooling for the Meyers 200 piston-powered version, of which over 100 were built with many still flying today,” a recent news release issued by AvStrategies said.

The Interceptor 400 included in the deal is one of two in existence. It’s “parked in Wichita,” and has not flown for 13 years, Foley told AOPA in a phone interview.

Foley has received several inquiries about the project in the month since he took it over on behalf of an enterprise called Interceptor Aviation.

The Interceptor 400 had its proverbial 15 minutes of fame when it was introduced, and it carries a hint of brand-name appeal—even a touch of Hollywood cachet—from its Meyers 200 parentage.

A Meyers 200D was one of several aircraft used in the 1967 James Bond movie You Only Live Twice, starring Sean Connery, as noted by the Meyers Aircraft Owners Association.

As for the sturdy-and-speedy Meyers 200 returning to the current aviation scene, Foley believes the 207-knot airplane, which dates to 1959 and is named for its pioneering aviation designer Al Meyers, could be resurgent today as “a threat to the Mooneys and Cirruses.” Of approximately 130 built through the 1960s, Foley estimates that half remain airworthy.

He knows that there has been a nagging perception in the industry that the Meyers 200 line had proved difficult to build at scale by North American Rockwell after the company acquired its rights in 1966 along with rights to the tailwheel Meyers 145.

Although that project did not end well, the aircraft’s brief fling with Aero Commander did have its touch of glamour: It was then that the cockpit of a Meyers 200 set the stage for one of 007’s exceptional escapes from the clutches of evil—although critics would likely pan his landing of the Meyers as of less than star quality.