Editor's note: This story was updated November 8 with AOPA's letter to Town Manager Jack Clukey in support of preserving the Dover-Foxcroft, Maine, airport.

Pilots are speaking out to save a Maine community airport targeted for closure to make way for a solar-energy venture, and their activism, including a planned fly-in, is drawing notice as a town board ponders its decision. 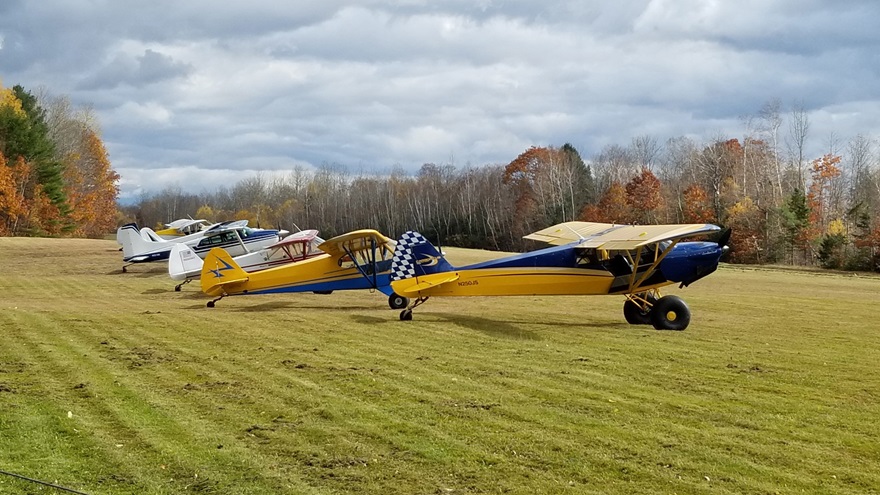 The Charles A. Chase Jr. Memorial Airport in Dover-Foxcroft, Maine, is being eyed as a site for a solar-power array. Photo by Chris Arno.

The board of selectmen of Dover-Foxcroft, Maine, was scheduled to have a public hearing November 12 about a plan by solar energy company ReVision Energy that would decommission municipally owned Charles A. Chase Jr. Memorial Field and appropriate the property for a four-megawatt solar power installation.

The selectmen of Dover-Foxcroft—seat of Piscataquis County—voted at their October 15 meeting to draw up a lease option agreement with ReVision after hearing a report from Town Manager Jack Clukey in which he cited tax incentives and expressed the view that it would be “a fairly straightforward process to close the airport.” The facility is not under any federal grant obligations to keep it operating.

Stephen Grammont, a selectman, “stressed the importance of the timing of the project as other sites are in competition” for the “limited” opportunity, according to the official record of the meeting.

Maine pilots’ groups, flying clubs, and individual pilots were quick to take up the cause of protecting the rural airport with a 2,926-foot-long grass runway strategically located roughly halfway between Bangor International Airport in Class C airspace and Greenville Municipal Airport in the tourism-dependent Moosehead Lake region.

Organizations including the University Flying Club and the Bowman Field Flying Club posted news of the situation on their Facebook pages. “This is the most important Fly-in of the year!! Dover Foxcroft, Charles A Chase Memorial Airport really needs our help right now. Fly, drive, bike or walk, whatever it takes to get there to show your support. Please share and get the word out,” said the Bowman Field-based flying club in Livermore Falls, Maine.

“Once it is gone, it is gone forever,” warned the Maine Center for Classic Aviation, based in Pittsfield, encouraging pilots to support the airport.

AOPA urged the town not to sacrifice the airport but rather to take an opportunity to enhance its utility. “We understand the town controls approximately 70 acres of unobligated land adjacent to the airport. In light of the potential value afforded by the establishment of a solar farm, AOPA encourages the town of Dover-Foxcroft to consider alternative siting such that revenues from a solar farm can support and enhance further development of the airfield,” wrote Sean Collins, AOPA ‘s Eastern Region manager and a Maine resident, in a November 8 letter to Clukey.

Newspaper coverage that weighed the proposal’s pros and cons cited the frequent use of the airport by GA pilots and its availability for emergency-medical air services provided by nonprofit LifeFlight of Maine.

Is there an alternate site?

Residents have been speaking out on the issue—some raising the possibilities of finding an alternate solar site, or having the airport and a solar project coexist in Dover-Foxcroft.

“It’s beyond disrespectful to the donors of the air field and totally short sighted to sacrifice a site with so much unique potential value when even a capped dump can host this or a larger array,” wrote George Graves, a professional pilot who got his start flying at Chase Memorial, in an opinion piece that ran in a local paper.

The head of a statewide pilots’ group also spoke out.

“We are hopeful we can all come to an agreement and make this a win-win situation for all,” Lisa Reece, president of the Maine Aeronautics Association, told AOPA in an email. The organization’s website urged aviation advocates to attend both the fly-in and the selectmen’s meeting and email the town manager to express their views.

“We are making headway and have lots of local, regional and national support,” the post said. “We are not against solar energy, but we don’t want it at the expense of losing this beautiful piece of landscape. There are other alternative sites in town.”

Dan Namowitz has been writing for AOPA in a variety of capacities since 1991. He has been a flight instructor since 1990 and is a 35-year AOPA member.
Go to Dan Namowitz's Profile
Topics: Advocacy, Airport Advocacy