Get the app Get the app
Get the latest news on coronavirus impacts on general aviation, including what AOPA is doing to protect GA, event cancellations, advice for pilots to protect themselves, and more. Read More
Already a member? Please login below for an enhanced experience. Not a member? Join today
News & Videos Airworthiness directive issued on Bonanza aileron assemblies

The FAA has issued an airworthiness directive (AD) on many models of the Beechcraft Bonanza single-engine airplane requiring inspection of the right aileron flight control cable end fittings and replacing damaged cable assemblies. 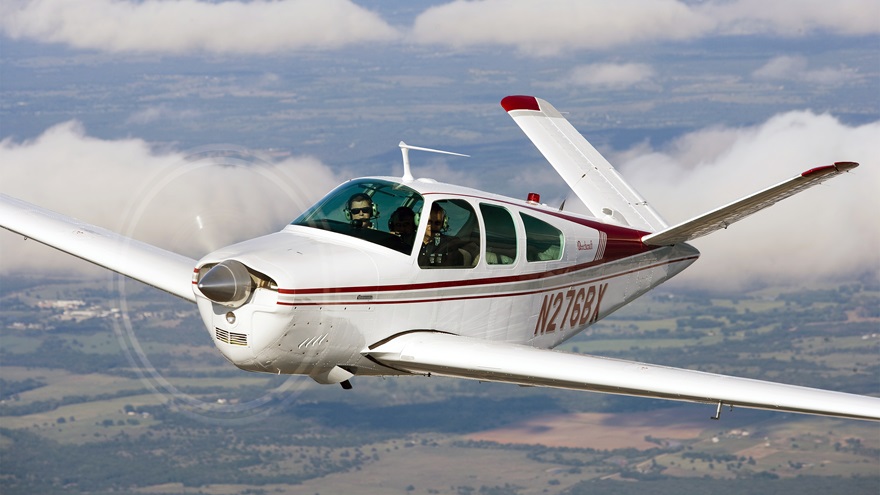 The AD is scheduled to take effect November 22 and affects an estimated 4,138 U.S.-registered airplanes. It was issued after the FAA reviewed 17 reports of right aileron flight control cable end fitting failures.

Owners and operators will have 30 days after November 22 to perform the required inspection, which is estimated to cost $425 per aircraft.If the unsafe condition is not addressed, it could result in failure of the assembly, uncommanded roll, and possible loss of control, according to the AD.

The American Bonanza Society issued a statement backing the FAA’s “speedy but measured” action and expressing appreciation for its members participating in the review by providing user data. However, the owner group questioned the inclusion of some Bonanza models in the AD.

“This is an example of airworthiness and regulation done right—the type club and maintenance experts collectively find a problem, we limit the focus to the actual data that emerge, and FAA acts on our recommendations to ensure safety across the entire fleet,” it said. “ABS is concerned that some models of Bonanza, specifically the K35, M35, N35 and P35, were added to the Final Rule when they do not share the design characteristic that has shown to be causal to the airworthiness concern. We are attempting to find out why FAA added these models, and whether it was a mistake that can be rectified by removing those models from the AD.”