Get the app Get the app
Already a member? Please login below for an enhanced experience. Not a member? Join today
News & Media Encouragement, support key to aviation education

Young people can do anything they set out to do as long as they have encouragement and a good support team, said former U.S. Air Force Thunderbirds demonstration squadron commander Kevin Robbins in a keynote during the fifth annual AOPA High School Aviation STEM Symposium November 10 through 12 in Denver. 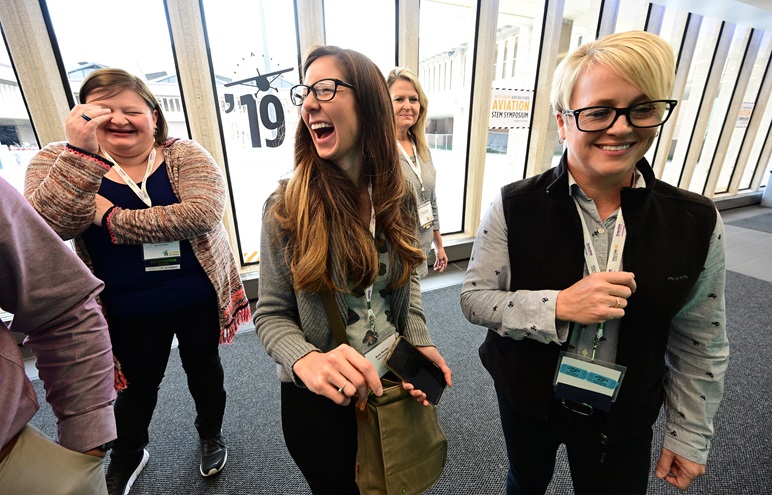 “Don’t let other people discourage you from achieving your dreams,” he told more than 350 science, technology, engineering, and math (STEM) educators during the two-day gathering that focused on leadership, best learning practices, and hands-on projects designed to engage youth in aviation.

The event included a dozen breakout sessions; keynote addresses from leaders at United Airlines, Uber Elevate, and the Air Force; as well as opportunities for teachers to network and share ideas.

Among the attendees was Kevin Moss, a California high school teacher and a rusty pilot who was excited to “get back into aviation” after serving in the U.S. Marine Corps as a helicopter pilot. The Army and Navy Academy aviation program founder said he was offered a regional airline position but turned it down to dedicate himself to helping young people achieve their goals. “That lit a spark and I’ve been going 110 miles per hour ever since.” 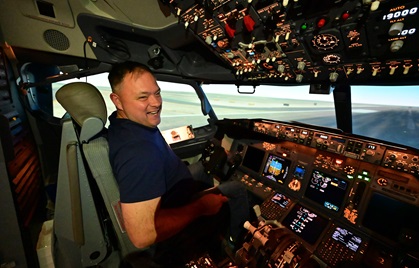 Moss met retired Piedmont Air Lines Capt. Warren Wheeler, a North Carolina flight instructor, when the two picked up their registration materials, and it led to a chat about college football. Moss was incredulous when United Airlines check pilot Capt. Ray Evans stopped by to weigh in on the weekend’s sports news and scooped both of them up for a Boeing 737 simulator flight.

Evans led them to one of the company’s 32 multimillion-dollar flight simulators housed at United’s Flight Training Center, the location for the 2019 aviation STEM symposium and one of the world’s largest airline pilot training facilities.

Evans challenged the two pilots with emergency scenarios including a failed engine on takeoff. “It’s pretty cool how realistic it is,” said Moss, who occupied the first-officer position and helped Wheeler keep the jetliner’s nose on the horizon during the high-density-altitude scenario. Then they switched roles and Moss flew an ILS Category 1 approach down to the minimum altitude. He managed a smooth landing, marveled at the glass-cockpit instrumentation, and conceded that his students “could probably do a lot better than me” because of their familiarity with video games. He presumed he maintained the overall advantage “because they can’t explain where density altitude comes from and that’s why they need me,” he deadpanned. 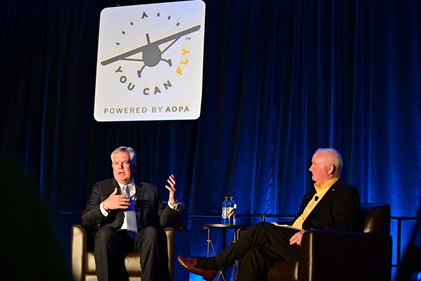 United Airlines Senior Vice President of Flight Operations Bryan Quigley told educators that the aviation industry was striving to catch up on hiring demands in the face of impending pilot retirements, continued growth, and worldwide demand for air travel. “I do believe the demand is intense for pilots and I do believe there is a pilot shortage out there,” he told them. “We need new blood and new talent, and we need them in all areas” of aviation, he added.

U.S. Air Force Lt. Gen. Jacqueline Van Ovost said during an afternoon keynote that the future of flight is both “in [the] air and in space—and in manned and unmanned operations.” She asked educators to look for the “diamond in the rough” students and to nurture them until they shine.

Texas science teacher and private pilot Larry Anderson said he was “excited” to learn about the AOPA high school aviation STEM curriculum because “aviation is one of the best formats for teaching life skills.” He added that the “amazing” feeling of flying can’t be described “until you’ve experienced it for yourself.” The football coach and former aircraft owner said he came out of semi-retirement to teach aviation because of a shortage of science teachers in his school district. 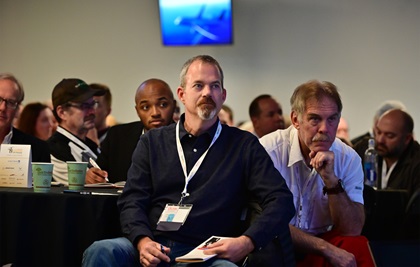 “We need you—we absolutely need you,” echoed Susan White, the senior manager for pilot recruiting at United Airlines during a panel discussion on career choices. “You are making a difference in the world of aviation.”

The AOPA STEM conference for educators began in 2015 with aspirations to give high school leaders an opportunity to network, hear from fellow aviation professionals, and learn from each other. Since then, AOPA has coached hundreds of teachers and provided them with classroom resources and hands-on training that make learning fun and informative, while exposing students to aviation careers that they may not have previously considered. In the current school year, more than 5,000 ninth-, 10th-, and 11th-graders at 161 schools in 34 states are utilizing the program.

“You are going to change the world,” said AOPA President Mark Baker, who thanked teachers for their untiring support of youth. “You are changing young people’s lives, I guarantee it.”

The 2020 AOPA High School Aviation STEM Symposium will be held in Orlando, Florida, November 9 and 10.