Small drones have traffic 'in sight'

Editor's note: This story was updated November 26 to remove reference to use of ADS-B in drones.

Safe integration of drones in the airspace used by all requires active measures for traffic avoidance, measures that account for aircraft and other objects that are not “cooperating.” Two competing approaches to achieving airborne detection and avoidance proved they are the leading contenders in recent months. 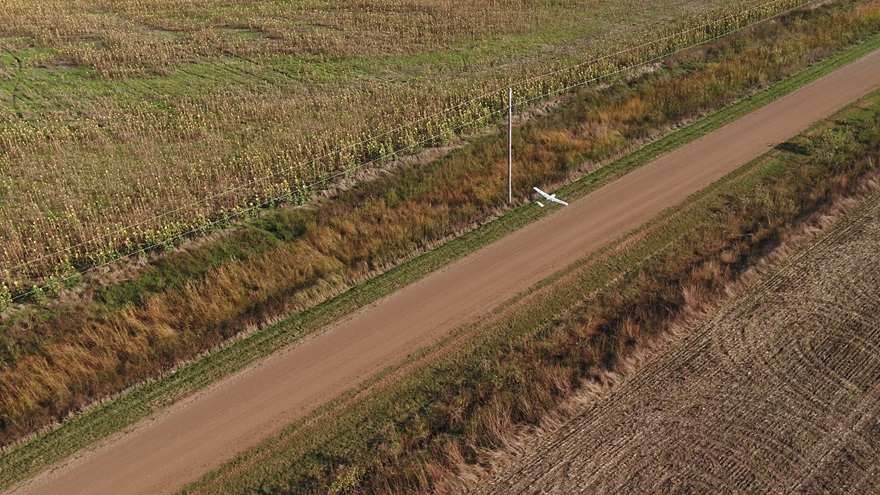 An unmanned aircraft makes one of the first drone flights beyond visual line of sight with no ground-based radar surveillance supporting the mission in October. Photo courtesy of Iris Automation.

In October, the Kansas Department of Transportation and its federal Unmanned Aircraft Systems Integration Pilot Program (IPP) partners, including Iris Automation, conducted the first FAA-approved flight of a small drone operated beyond visual line of sight (BVLOS) with only the on-board aircraft systems used to detect and avoid other traffic. The flights over Kansas, announced November 8, were a real-world test of a computer vision system developed by Iris Automation. The system logged more than 150 miles of coverage in the first two days of power line inspection flights.

“The test mission designed by the team at the University of Alaska at Fairbanks is an excellent demonstration of the potential for commercial UAS,” said Echodyne Founder and CEO Eben Frankenberg. “With Iris Automation and Echodyne sensor technologies, routine commercial missions like linear inspection and medical deliveries to remote communities are both practical and safe.”

The IPP participants are not the only entities conducting detect-and-avoid tests and proving the capabilities of active measures: AOPA Director of Regulatory Affairs Chris Cooper was among a small group invited to Edwards Air Force Base in California recently to watch a demonstration by NASA of another version of radar-based detect-and-avoid for drones in action. Data from flights of a TigerShark equipped with Honeywell radar will also help inform the regulatory definition of “well-clear” and the detect-and-avoid requirements for drones to be codified in future regulations.

Cooper said AOPA remains deeply involved in the process of defining the requirements of safety and welcomed the apparent success of the NASA flight test program on schedule to conclude in December.

“This is another positive step toward safe integration,” Cooper said.

The NASA program involves medium-sized unmanned aircraft that rely on a human pilot to execute maneuvers in response to traffic alerts, though these systems may eventually be more automated. As the technology proves its capability of steering drones clear of conflicts with “non-cooperative” aircraft (including aircraft without electrical systems that will never be expected to broadcast ADS-B Out but must be accounted for and avoided), efforts to expand the testing envelope are underway in upstate New York. New York Gov. Andrew Cuomo announced November 12 the completion of a 50-mile drone corridor between Syracuse and Rome, New York.

Comprising a swath of the state that includes the Class C airspace of Syracuse Hancock International Airport, and the Class D airspace of Griffiss International Airport in Rome, home of the previously approved New York UAS test site operated by NUAIR, the test range will utilize ground-based radar to augment aircraft-based detect-and-avoid solutions for testing and evaluation.

“We’ll have the place where they can test it,” Cuomo said. “That was the vision, that was the dream.”

General aviation pilots have remained largely unconcerned about the prospect of increasingly frequent flights by unmanned systems. Certificated flight instructor Gopinadha “Gopi” Kurup, who teaches at Syracuse Flight School, said he briefs his students about the existence of the UAS corridor, but “so far it has not in any way affected our training.” The unmanned aircraft operations will be conducted below 1,000 feet agl for the most part, and Kurup said he does not expect conflicts.

Over at Griffiss, the former Air Force Base turned Class D public airport, the presidents of both on-field flying clubs have joined the NUAIR staff, supporting the unmanned operations in the course of their day jobs and flying for fun in their spare time. Cyrus “Chip” Noble, president of the Red Baron Flying Club based at the Rome airport, said weekly meetings of local pilots facilitated a two-way dialogue between the manned and unmanned aircraft operators that has helped them avoid, or at least mitigate, apprehension.

“As the drone activity has increased, integration has really gone very smoothly,” Noble said in a telephone interview. “We’ve had no issues … I kind of attribute it to us being able to talk to both sides,” he added, referring to the fact that three local CFIs now work for NUAIR as unmanned pilots.

Noble said pilots operate a range of systems at the NUAIR-managed drone facility, everything from small consumer models up to large, fixed-wing drones, including one with a small gasoline engine that has a callsign evoking its audio signature: “Chainsaw.” Noble said local GA pilots have grown used to having Chainsaw in the pattern, and the unmanned aircraft obediently diverts to a holding pattern to keep out of the way when things get busy.

The FAA has made clear that codified capability to remotely track and identify drones by electronic means is a prerequisite to making BVLOS operations routine outside of designated test sites, and Cooper said that NPRM appears likely to publish in December, expected to arrive just before Christmas.

Meanwhile, in Denver, Rick Zelenka, an engineer and private pilot who has previously worked for NASA and Boeing, envisions equipping GA aircraft with active measures as well: In this iteration of situational awareness enhancement, radar mounted on GA aircraft could be combined with crowdsourced drone traffic data to feed information into the cockpit about nearby drone activity in real time. Zelenka has secured a patent and a NASA grant, and started a company to develop the system in cooperation with Mosaic ATM to synthesize as much information as possible and condense it into a cockpit-friendly display of nearby drone activity.

“I’m not a cynical guy, but I’m also a realist,” Zelenka said in a recent telephone interview. No matter what combination of radar, ADS-B, cellular networking, or local broadcast eventually becomes the standard, he said, GA pilots (including AOPA members) will benefit from having as much information about potentially conflicting drone flights as possible. Research has clearly demonstrated that small drones are exceedingly difficult to see from a cockpit, so leveraging all possible means of spotting them has obvious appeal.

Zelenka said the grant will fund a simulation exercise and a report that spells out how different data streams may be combined into a single cockpit display. That report, to be delivered in February, may lead to more grant funding for further development to make situational awareness a two-way proposition connecting aviators of all kinds. 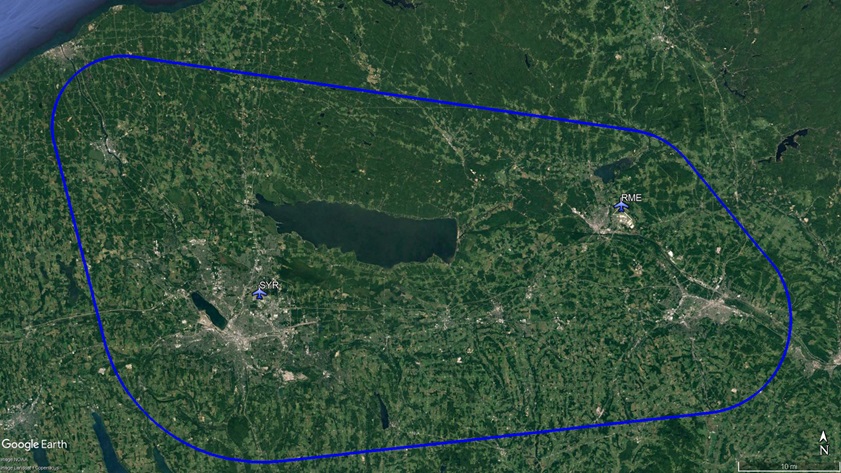