Get the app Get the app
Already a member? Please login below for an enhanced experience. Not a member? Join today
News & Media Flying popsicles, pig patrol, and Part 107

A popsicle delivery, a cloud-connected firefighting drone, and a feral pig patrol were launched in recent weeks as the FAA and industry partners study how to ease restrictions on drone operations. The FAA has meanwhile been flooded with Part 107 waiver requests, and approval rates have declined. 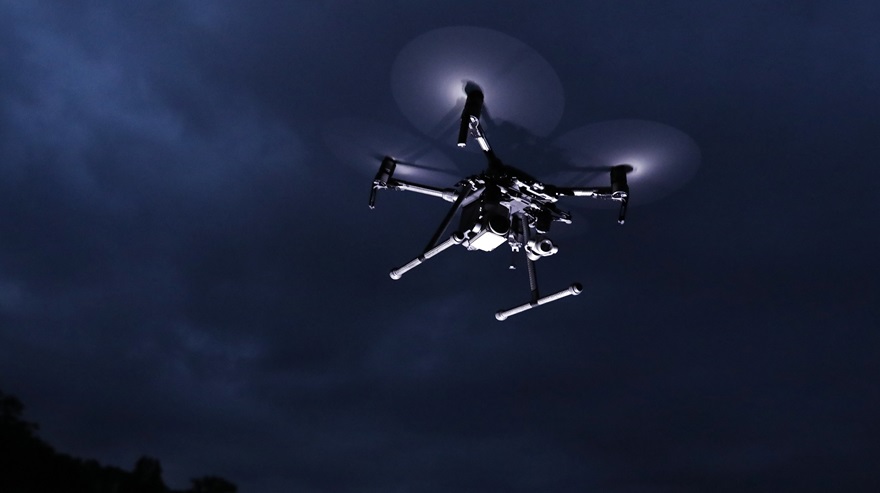 The FAA has granted more waivers for night drone flights than any other type of advanced operation to date. AOPA file photo by Chris Rose.

Various flights made in recent weeks marked the beginning of active operations under the federal Unmanned Aircraft Systems Integration Pilot Program, a collection of 10 projects selected by the FAA to study advanced drone operations and begin to enable advanced operations more routinely.

In Virginia, a two-year-old got a popsicle treat delivered by drone, Bloomberg reported, echoing a 2016 taco delivery to a Virginia college student that was billed as the first food-by-drone delivery at the time.

Virtually all of the current IPP projects involve flying drones beyond visual line of sight (BVLOS), considered by many to be the most important restriction on UAS operations under Part 107 that stands in the way of utilizing drones for a range of missions, including food delivery, medicine, emergency response, crop health monitoring, insect control, and even feral pig control—the subject of an Oklahoma project that will use drones to spread dried corn as bait to trap feral prigs that destroy crops.

In North Dakota, another team is working to develop and refine procedures for using ground-based and airborne radar surveillance and related technologies to facilitate routine BVLOS operations. Defense contractor General Atomics is working with the Northern Plains UAS Test Site to conduct large UAS flights up to 30 miles from home, without a chase aircraft as a last line of defense against collision with a nonparticipating aircraft. (NASA recently became the first to fly a UAS in the National Airspace System beyond line of sight without a chase aircraft, so that superlative is already taken, too.)

Other IPP projects have also been spinning up propellers, including the San Diego Fire Department, which is working with drone services firm Cape to create a comprehensive command and control system for unmanned aerial assets used by firefighters.

“We are encouraged the industry is working diligently to facilitate normalized BVLOS operations in a seamless and transparent fashion that prevents this disruptive technology from disrupting manned operations,” said AOPA Senior Director of Government Affairs Rune Duke, who is responsible for matters related to airspace, air traffic, and aviation security. “AOPA is participating in these discussions to ensure integration of UAS is safe, and unobtrusive to other airspace users. As detect-and-avoid technology is fielded, we are able to move away from TFRs and other airspace restrictions and move toward safe and integrated operations.”

Data provided by the FAA shows that applications for waivers of one or more Part 107 restrictions have continued to pour in, while the agency’s approval rate has declined. The agency reported that as of Aug. 15, 11,929 waiver applications had been submitted since Part 107 took effect in August 2016, and 1,842 (15 percent) of these have been granted. Since Jan. 1, 2018, the FAA has received 4,781 requests and granted 12 percent, the overwhelming majority of which allow night flights. An agency official said during a recent webinar that waiver applications are most commonly rejected because of a lack of information, lack of specificity, failure to address specific safety concerns, or a combination of these.

Only 25 of the 2,194 applications for a waiver to fly beyond line of sight have been approved to date, according to data provided by the FAA. The IPP projects now underway could eventually make those routine.