Get the app Get the app
Already a member? Please login below for an enhanced experience. Not a member? Join today
News & Videos Just for fun: The lone beagle takes off Snoopy vs. The Red Baron (by Fantagraphics Books) is a collection of all the comic strips featuring Snoopy as America’s most celebrated World War I flying ace. Tough luck, Rickenbacker. It’s available at your local bookshop or online.

Pilots must have smiled broadly over their bacon and eggs when they opened the Sunday newspaper 54 years ago October 10. On that autumn day, Snoopy—Charlie Brown’s faithful dog in the comic strip Peanuts—donned a flying helmet, goggles, and silk scarf, and climbed aboard his Sopwith Camel biplane (although to us it looked like his doghouse) with a mission to shoot down the Red Baron. This day marked the beginning of Snoopy’s career as a World War I flying ace and his perpetual pursuit of the cursed Red Baron.

Unfortunately, on that first sortie, Snoopy’s dream of an aerial victory over the German ace ended abruptly when Linus walked up behind him and imitated a machine gun’s “rat-a-tat-tat,” causing Snoopy to crash to the ground, and back to reality.

“Maybe I can get a job with a good commercial airline,” the floppy-eared, white-and-black dog said.

Another aerial encounter ended with Snoopy declaring how he hates it when, “the Red Baron shoots holes in my plane. All the root beer leaks out.”

After years of dangerous missions, and being shot down behind enemy lines numerous times, Snoopy was the only pilot put on KP for “losing too many Sopwith Camels.” Alas, in the same way that Charlie Brown never did kick that football, Snoopy never did shoot down the dreaded Red Baron.

In addition to his wartime exploits, Snoopy became a barnstormer and wing walker, and after flying the Atlantic, he was affectionately known as “the Lone Beagle.” Snoopy also founded and was chief pilot of Ace Airlines.

The intrepid beagle aviator continued his dogged pursuit of the Red Baron in the comic strip until 1999 when the strip’s creator, Charles M. Schulz, retired after drawing the Peanuts characters for almost 50 years. He died in February 2000. “They [NASA] had just had that tragic fire where the astronauts were killed and so they wanted to start a new safety program and he had an idea to build the program around a cartoon character and he asked me if Snoopy could be the character and I said, ‘Sure, I’m very flattered.’ So they made posters and all sorts of things. They made beautiful little metal things which were really nice pieces of jewelry and if a person on the assembly line has a good safety record, one of the astronauts would present him or her with the pin and of course, those pins were taken to the moon and the moon landing. So Snoopy, literally, is the first character to go to the moon.” —Charles M. Schulz, on the Silver Snoopy Award 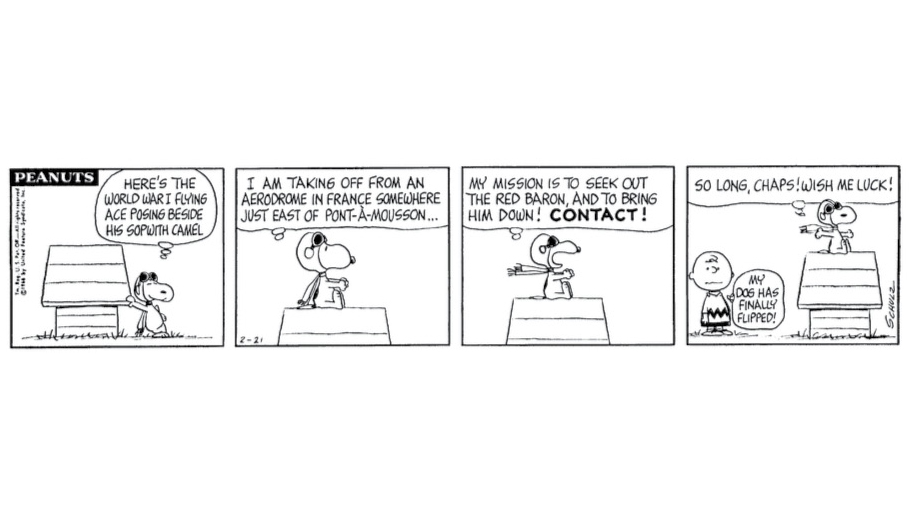 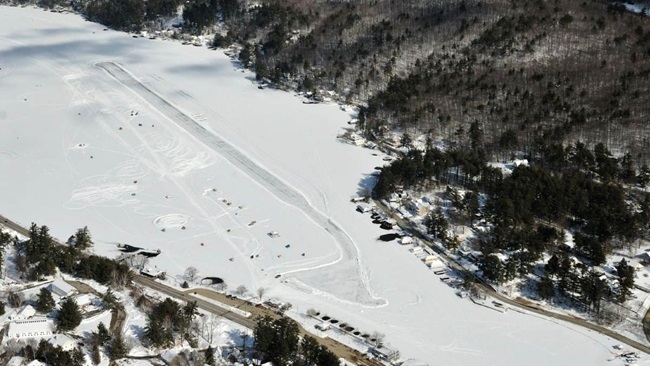